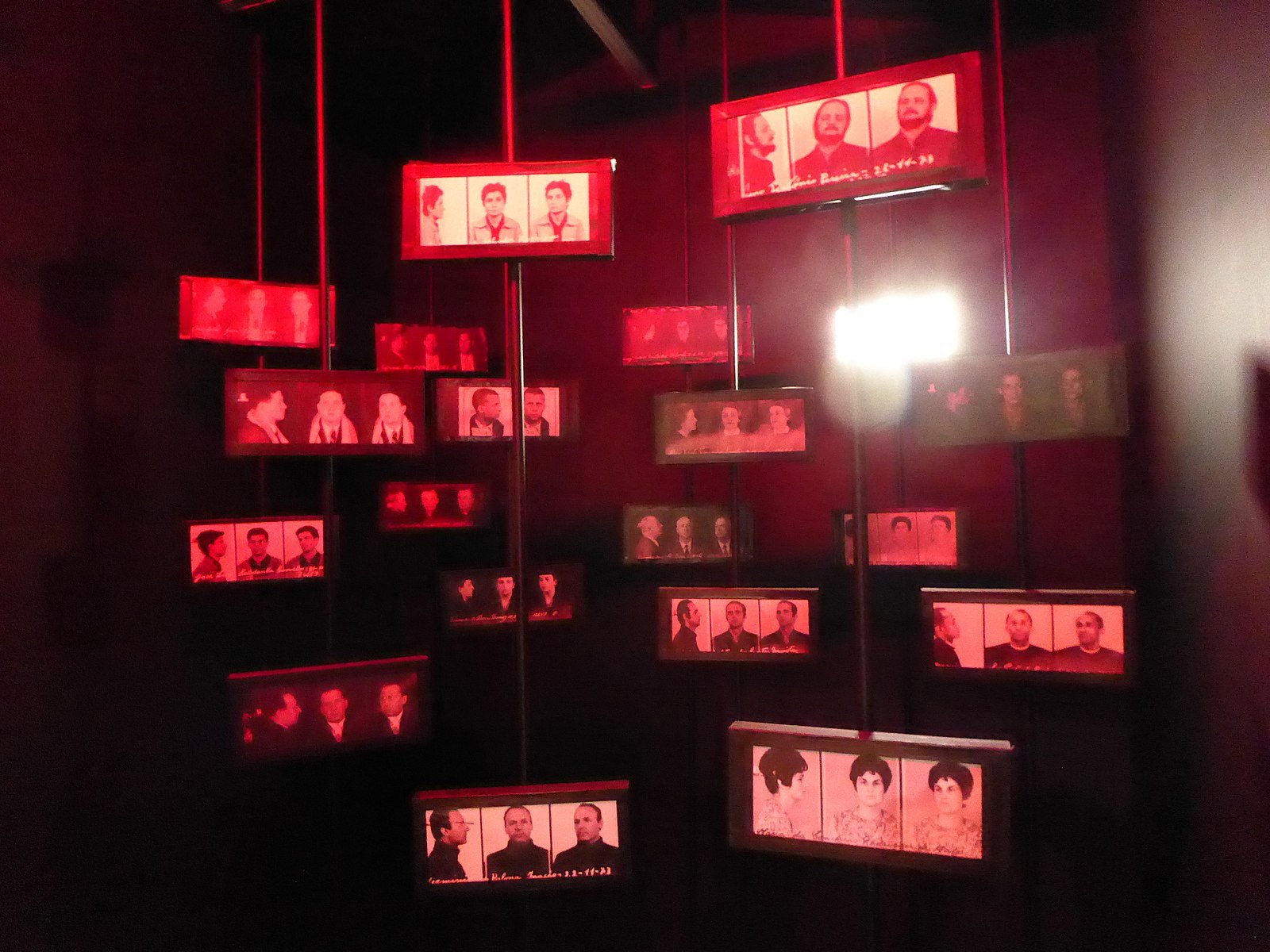 A Glimpse of Hell: Lisbon’s Museu do Aljube and the Dictatorship

The Museu do Aljube takes us inside the prison that can be described as kind of purgatory between hell and hell, where prisoners were served a taste of hell to come. Step inside and have a look around.

Resting on the wing of the Sé and right on the trail of today’s Lisbon Disneyland, Museu do Aljube is very much overlooked by the tuk-tuks, selfie sticks, and the Tram 28 cameras passing by. It’s a mood killer, to be fair. But an eye-opening reminder of the importance of next week’s celebration and why we should appreciate it.

The building was used as a political prison from 1928 to 1965 by the Estado Novo regime. It had the particularity of being located right in the heart of the city, unlike other political prisons such as Caxias, Trafaria, or further Peniche. It served as a stopping point for detainees before they went to court or were transferred to those jails or even deported to former colonies, such as the infamous Tarrafal prison camp in Cape Verde. A kind of purgatory between hell and hell, where prisoners were served a taste of hell to come, as we will see in more detail in this piece. Looking forward to it?

Ajube is now a three-floor museum. The ground floor is used for temporary exhibitions, mostly related to communal activities in Alfama, while the cave has archaeological discoveries made during the building’s restoration: small objects and dungeons dating back to Roman times.

At its start, the permanent exhibition sets the historical context. A range of socio-economic indicators of Portugal through the 20th century intend to demonstrate how the country has made its way out of poverty with democracy. There’s a film on Europe projected on the opposite wall, with a focus on the two World Wars. Then there’s in a room where the visitor is taken on a trip from the pre-Republican times in 1890 to the implementation of the Republic, the involvement in World War I, the mayhem of the First Republic, how the country spiraled down into dictatorship, the effects of World War II, the Colonial War, culminating in the Revolution of the 25th of April. It’s a collection of handpicked photographs, posters, and quotes on the walls that capture pretty well the Portuguese 20th century up to 1976.

The staircase has several quotes on freedom, or lack thereof, for most of them, from writers and poets who have lived under this regime for most of their lives.

The table in the middle of the room has real examples of press articles that were put through the sieve of censorship during dictatorship. Parts or full sentences to whole paragraphs struck out by the intransigent lead of censorship’s famous blue pencil to change a tone or the entire meaning of the text. Then stamped with “visado,” or suspended for approval, making sure it doesn’t question the “unquestionable certainties” of the regime.

The latter are written on the walls of the next corridor, in no particular order: God, authority, labor, family, morality, the homeland and its history. None of which could be discussed. There was no parade, no uniform, no cult of personality, at least in the same way you’d see in other European dictatorships of the time, but the regime — which even once made the never-kept promise of free elections — was tentacular and highly repressive to anyone opposing it. 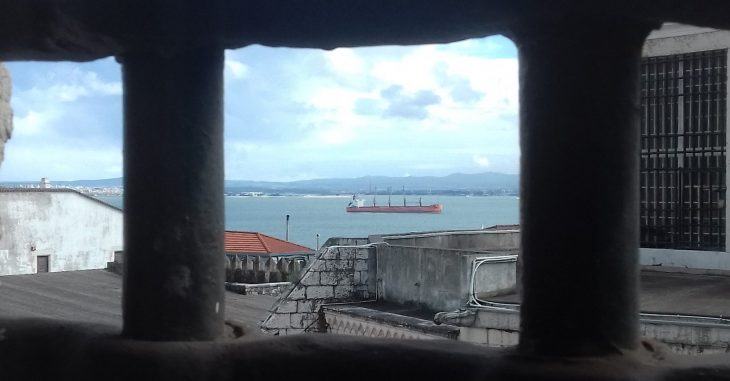 We’re led into another corridor which shows many examples of the untethered printed press or radios that, either by staying clandestine or in exile, tried to escape that repression. Probably the main instrument for repression was the Estado Novo’s political police: PIDE (Polícia Internacional e de Defesa do Estado). Its history is the focus of a whole room in the museum, from its foundation as PVDE (Polícia de Vigilância e Defesa do Estado) in 1933 to its much softer version as DGS (Direcção-Geral de Segurança) with the coming into power of Marcello Caetano in 1969.

But PIDE is the name that stuck in the memory of two generations. It also describes the methods it used: surveillance, informers, pressure on the business world, threatening enterprises or jobs, postal interceptions, phone tapping, censors, torture, and then plenary or special military courts.

The staircase has several quotes on freedom, or lack thereof, for most of them, from writers and poets who have lived under this regime for most of their lives. 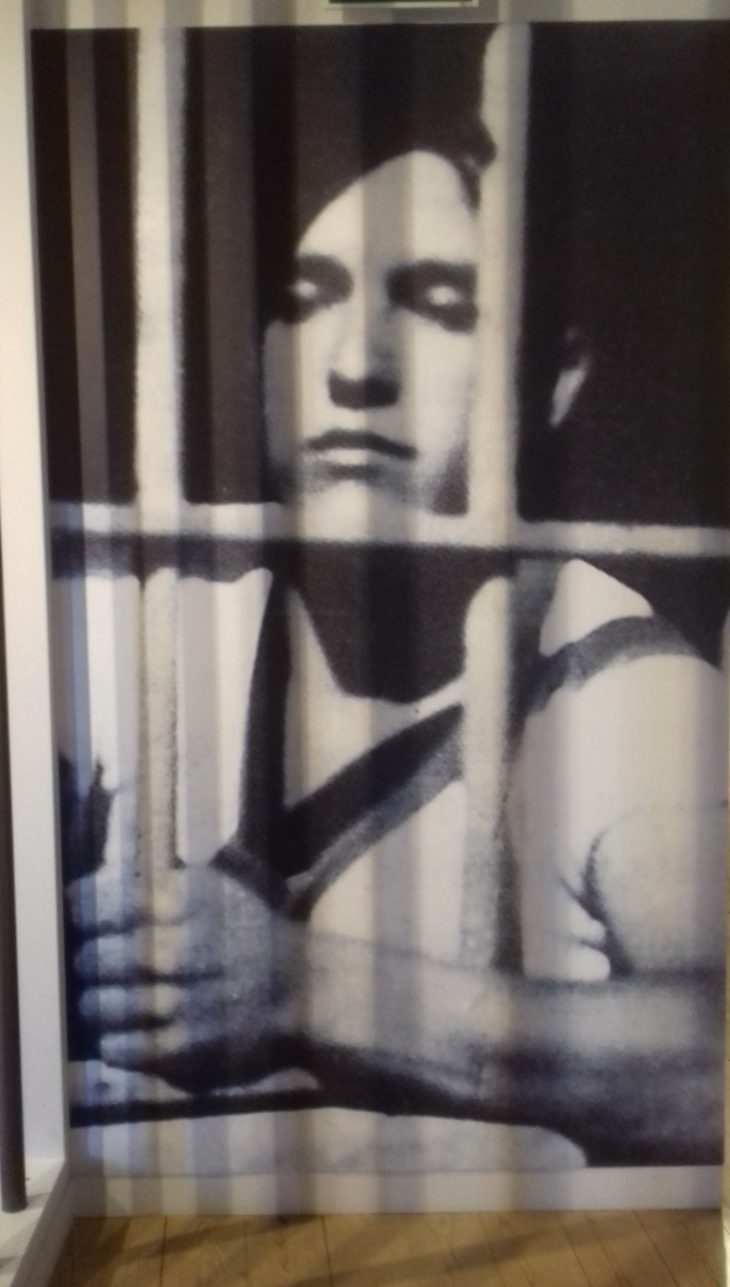 The second floor begins with the explanation of how different groups of society resisted in more or less organized fashion, at different stages: service workers, industry workers, peasants, students, intellectuals, women, the military, the deported and the exiled.
Many of these ended up caught in the prison circuit described subsequently stage by stage from detention to sentence, all monitored by PIDE — that Aljube was a part of.

There is a sample of mugshots of actual detainees in Aljube, some of them very famous now, such as politicians Álvaro Cunhal and Mário Soares, painter Júlio Pomar (these last two even shared a cell) or writer Miguel Torga.

No information is given here on whether or to what extent these particular people were subjected to torture, but it was a very likely fate for Aljube prisoners. One wall reads many graphic testimonies in the first person of some of them.

PIDE agents were quite resourceful as to the methods employed:
– electric shocks and burns, applied to sensitive areas of the body, if anything by means of cigarette ends.

– beatings, with cudgels or batons, especially on the legs and soles of the feet. After which the prisoner was forced to walk again, before another round of beatings.

– sleep torture, which would last for days, often up to a week. Chairs would be removed, the prisoner would be exposed to aggressive noises and recordings of screams, shouts, and threats, intolerable temperatures. Anything to keep him or her awake.

– the so-called “statue,” where the detainee is kept in a standing position over hours or days, often combined with sleep torture and beatings.

– threats, humiliations, psychological blackmail towards or about relatives.

– isolation, in the nicknamed “drawers” or stalls: one-by-two-meter windowless cells, where prisoners could be jailed for months, in poor hygienic conditions.

There’s a phone ringing at regular intervals. It’s loud, strident, harsh-sounding, overall unpleasant. It hangs on the wall of a ward with a row of those “drawers,” here physically reproduced. The guard would answer the calls from his post while reading the newspaper. He would then follow a studied ritual: walking along the corridor, jingling a set of keys in hand, opening and shutting the vision panel of each cell until he stopped at one and told the prisoner to “get ready to go to the police.” This would mean being taken to PIDE headquarters on Rua António Maria Cardoso in Chiado for another round of interrogation and probably torture, often at night.

The PIDE ways over decades of its existence act as an apparent anomaly, a contradiction, a deviation from the so-called brandos costumes, the mild-mannered temperament — used to define a visible side of the Portuguese people — so often exploited by the Estado Novo regime.

Aljube was closed in 1965 after many demonstrations against the conditions in which prisoners were detained. It reopened in 1969 without the “drawers.” 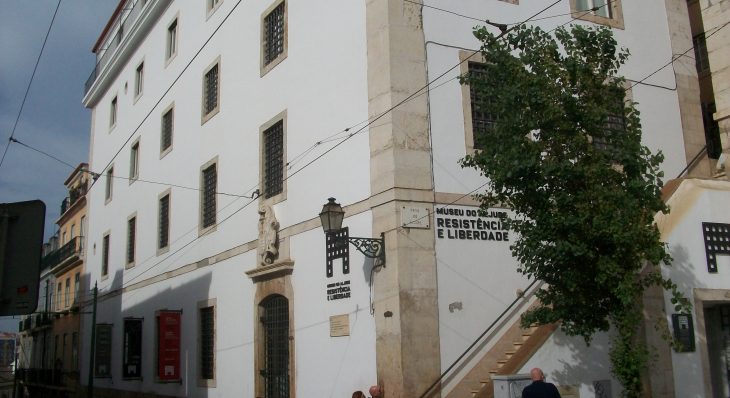 The top floor describes the various movements for independence that appeared in the anti-colonial struggle in Portugal and each of the former “overseas territories”’, both during and before the colonial war. It also depicts how the latter generated more resistance and accelerated the insurgence that would eventually topple the regime on April 25, 1974.

On the last wall of the exhibition, the museum pays tribute to several people who died at the hands of the regime. Those who didn’t make it to a time when they weren’t deprived of their basic rights. So they could instead moan about tuk-tuks and selfie sticks, like me today.