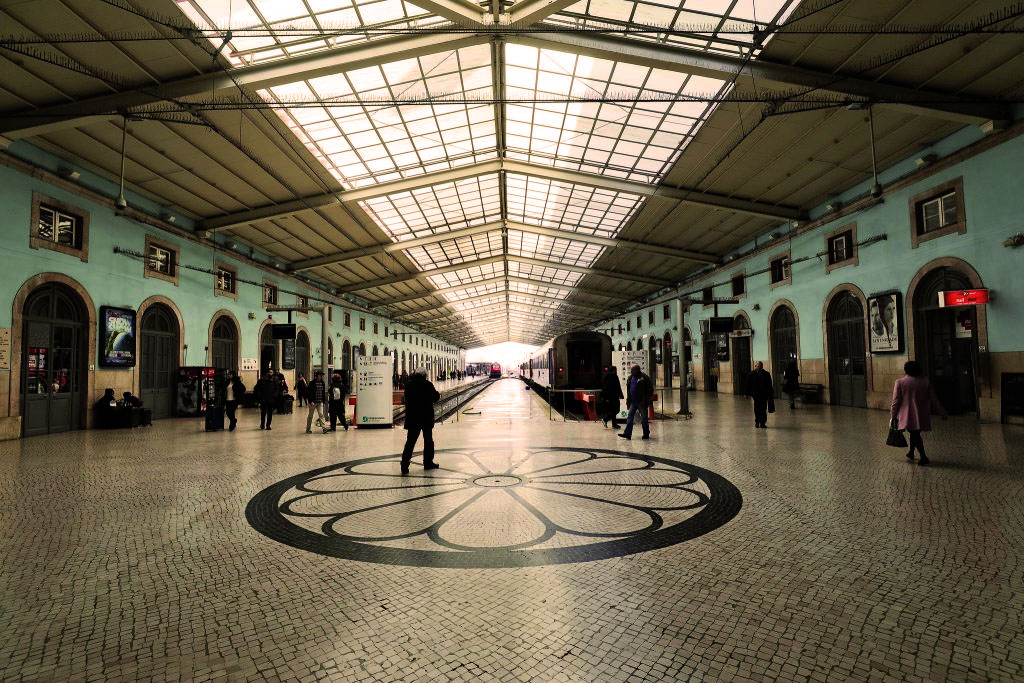 A Hotel in the Santa Apolónia Station Is in the Works

The redevelopment of the southern part of the station into a four-star hotel is on track, Sonae Capital tells Atlas.

Lisbon’s emblematic light-blue Santa Apolónia railway station will do more than house the last stop of the city’s northward bound train routes: as of the second half of next year, it’s scheduled to also be home to a four-star hotel.

In January of 2019, the Sonae Capital group, an investment firm with holdings in hotels, resorts, gyms, energy, and real estate development, won the concession to convert the southern wing of the station into a hotel . Sonae Capital’s proposal was selected from a total of nine project bids.

Construction of the hotel broke ground in July of this year, and the works are expected to be completed in a year’s time. The project foresees a cost of 12 million euros and the creation of 125 hotel rooms. Sonae will have use of the space for a period of 35 years.

In addition, the hotel’s entrance  will be on the river-facing front of the building, away from the main entrance on the city side, and the façade of the building will not be altered in any way.

The development of a hotel marks a distinct shift in regard to the station by public officials. In 2008, current Portuguese Prime Minister and then-Lisbon Mayor António Costa proposed shutting down the railway station so that the building could serve as a cruise ship terminal. CP put a stop to this initiative, as less than a year prior to that the blue Metro line had been extended to Santa Apolónia, linking the metro to the train station.

In 2015, the then-councilman Manuel Salgado, who led the city’s Urbanism department, argued for closing down the station in order to open up room for a green space that would connect the Vale de Santo António and Chelas to the river. He claimed the station was underused and superfluous, as most passengers arrived at the Oriente Station. This argument was quickly debunked when it was confirmed that Santa Apolónia was the third most utilized station in the country.

The current plan to incorporate a hotel into the station could be viewed as a way to support the continued use of the space for its current purpose, while still paying heed to the idea of entrepreneurship and making public buildings financially lucrative.

Train stations serving both the function of transportation and lodging for tourists is not a new thing in Portugal: both the Rossio and Cais do Sodré stations have hostels operating in their facilities, and the São Bento station in Porto contains a hotel.

Bu the Santa Apolónia project is singular because it’s going forward amidst one of the largest disruptions to travel and tourism in modern history.

Essential Business reports that 80% of hotel reservations have been canceled in the country in 2020. And as of September, 25% of hotels remained closed, with the common consensus that this figure will go up as we enter the winter months. According to TravelBI, a tourism database for Portugal, in the months of January through August this year, overnight stays shrank by 62.5% and the number of guests plummeted by 60.3%.

Atlas reached out to Sonae Capital to ask about how their strategy and expectations changed in light of the pandemic.

“The construction project for the hotel in Santa Apolónia has maintained a pace which will allow it to achieve its proposed objectives” Sonae’s CEO Pedro Capitão tells Atlas. He goes on to acknowledge, “but naturally, the Covid-19 pandemic and the effects of confinement were felt in the work teams and created constraints and delays in the licensing and project.

“The renovation work is now on schedule, we expect to set the hotel opening for the third quarter of 2021 — a little later than we had anticipated — but we haven’t altered our project prospects in the medium and long term,” Capitão says.

Pointing towards the future, he says, “we anticipate the market to recover in two to three years, and Sonae Capital’s hotels are positioned at the forefront of this return to tourist activity with an iconic, city, exclusive hotel that will be a reference.”

Sonae Capital operates three hotels in Porto, a hotel in Lagos, a resort and a series of apartment tourist accommodations in Troia. The hotel in Santa Apolónia will be their first venture in Lisbon.

Atlas also contacted the Junta de Freguesia of São Vicente to ask about their perspective of this soon-to-be hotel and possible implications it may have for their residents, but they did not reply in time for publication.