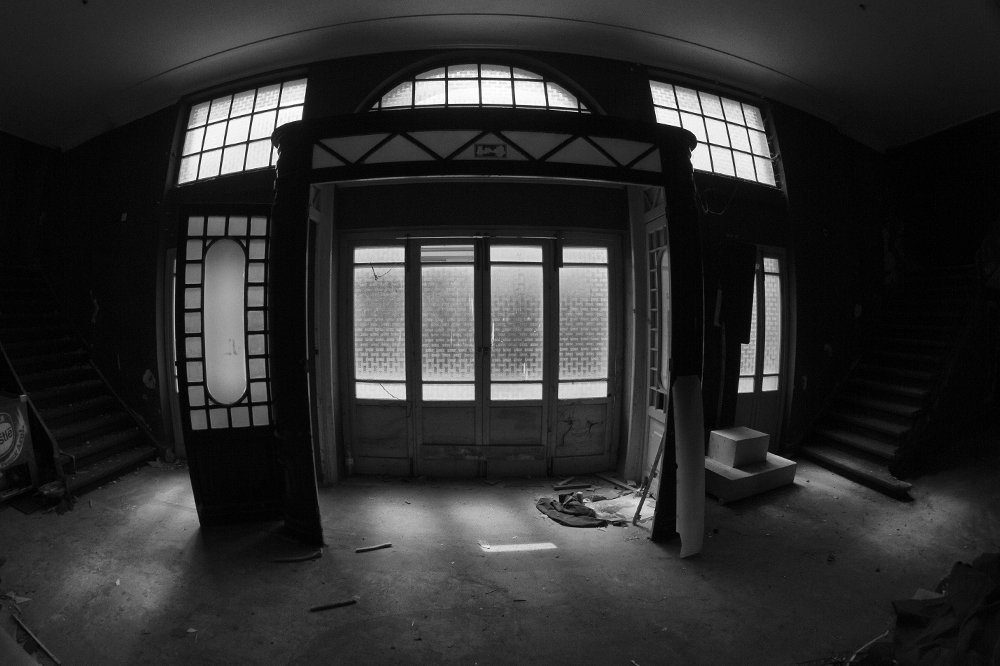 Photographer Lorena Velasco takes us inside the abandoned Teatro Variedades for a glimpse at what's inside, opening up a time capsule that hasn't been touched for the last 25 years.

Just off of Avenida Liberdade on a tucked-away side street lies Parque Mayer, a dead-end cove whose entrance is flanked by tall art deco towers. Almost a century ago, it was a playground for theatergoers, thrill-seekers, intellectuals, and the political elite of Lisbon. This complex included restaurants, fado houses, a cinema, a carousel, a wrestling and boxing pavilion, a toy rifle range, and more.

Today, it’s a shadow of its former glory as Lisbon’s revista (musical review) destination, but you can still get a strange glimpse into yesteryear inside the building, where painted images of lounge acts and vaudeville dancers peel away and former grandeur crumbles off of each forgotten corner. Photographer Lorena Velasco takes us inside the abandoned theater, opening up a time capsule that hasn’t been touched for the last 25 years.

The Teatro Variedades (Variety Theater) was built in 1924 as the second casa de espetáculos (house of spectacles), just across the way from the Maria Vitória Theater which, thanks to the entrepreneur Helder Freire Costa, is the only one still in operation.

The first show, Pó de Arroz (Rice Powder), opened in 1926, and the theater went on to host an average of five revistas and performances per year. The height of the theater’s fame came in 1931 with the success of songs like “Burrié”, from the show The Mussel, and ”O Cochicho” from Pim! Pam! Pum!, both made popular by the pencil-thin-eyebrowed star Beatriz Costa.

Other musical and comedy acts followed to moderate reviews over the next 30 years, until the program slowed substantially after the park caught fire in 1966 while Barefoot in the Park (the theatrical version of the Paramount Film starring Jane Fonda and Robert Redford) was the headlining act. The flames spread around the park and seriously damaged most of the theaters — the overture to the end for most.

It wasn’t long before the music stopped completely. Showtimes became even more sporadic in the years that followed. In 1992, after almost 70 years of entertainment, the Variedades Theater closed its doors for the final time. The site has been sitting still, unused, untouched for a quarter of a century while the city of Lisbon has been evolving around it.

The word on the street is that the Parque Mayer is preparing for an encore, but we’ve heard these stories before. The site has changed hands between the Camara Municipal de Lisboa and a private parking lot company called Bragaparques at least three times over the last 17 years, resulting only in lawsuits and a botched attempt to involve the famous American architect Frank Gehry in a revitalization plan back in the mid 2000s.

What will come of this former wonderland has yet to be seen. It’s still worth a visit to walk among the ruins and even grab a bite at A Gina, the former Retiro da Amadora restaurant popular in the 1930s. Grab a mixed grill, a jarro of wine, and travel back to a time before the curtain fell on Parque Mayer.