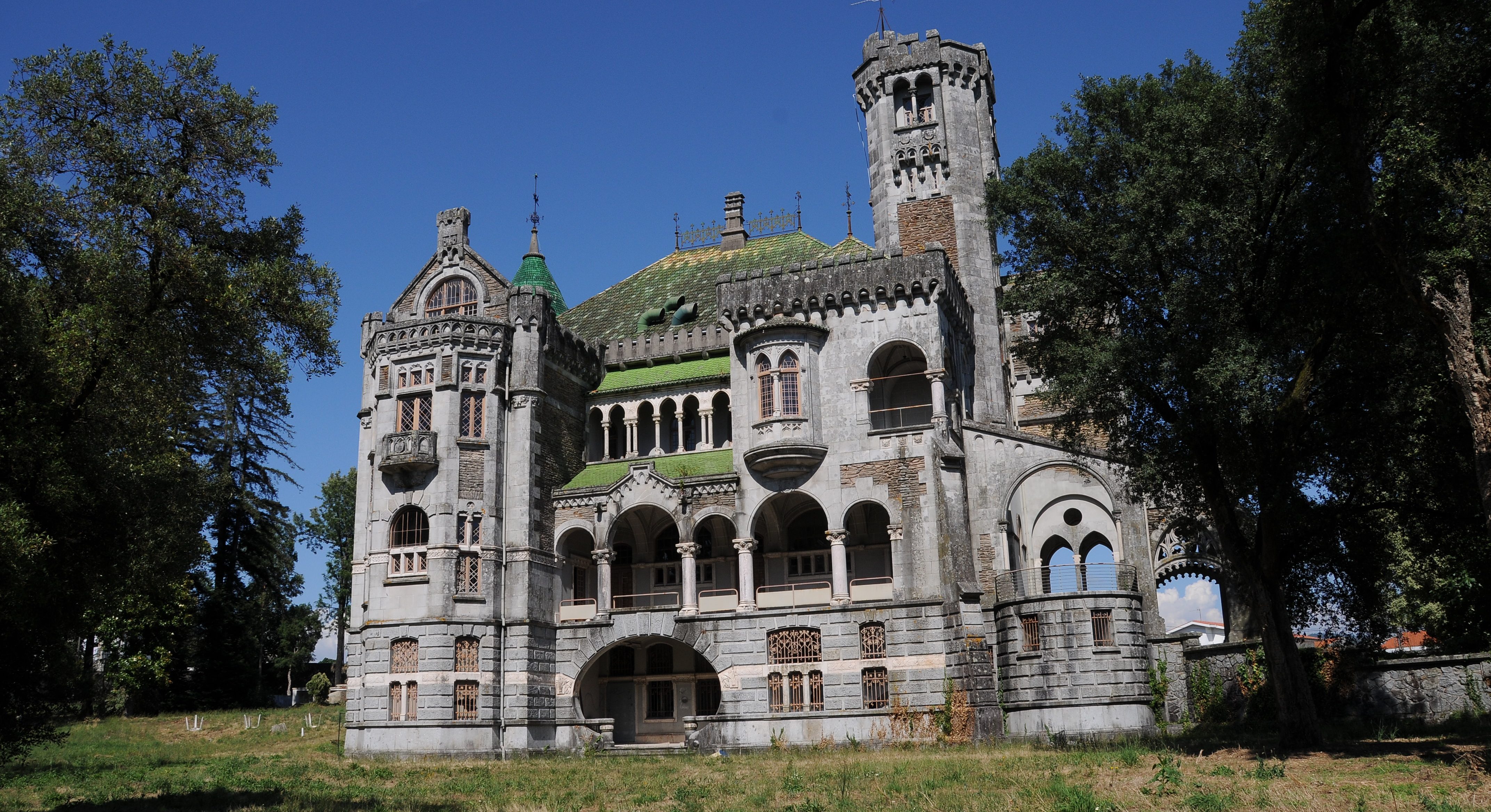 For reasons ranging from good-for-nothing second-generation inheritors to a lack of European tuberculosis, monks with short attention spans or uninterested high-class tourists, many beautiful buildings and estates have been left to ruin in Portugal. These dilapidated gems crumble more each day as they wait for some TLC or their ultimate demise, whichever comes first.

Disclaimer: Breaking into abandoned properties is still trespassing so this is in no way meant to encourage you to go and explore them. HOWEVER: one can often gain legal access by simply asking around…

The Sanatórios do Caramulo opened in 1921 and was the first resort to have modern sanitation and electricity. This “Sanatorium Village” of 19 buildings was created by the doctor Jerónimo de Lacerda and successfully treated many patients with tuberculosis, among other ailments. Six of these buildings remain in ruins after the doors shut for the final time in the early 1960s due to a lack of patients to treat and a more profound interest in car collecting. True story!

Castelo da Dona Chica in Braga was built in 1915. However, the work dragged on for decades and was ultimately never finished. It changed hands many times (from an English nobleman, to a Portuguese librarian, to a count from parts unknown) until it finally fell into ruin awaiting a new owner. In the second half of the 20th century, it was bought by the Junta de Freguesia de Palmeira, then it was transferred to the Caixa Geral Depositos in 1998, and again placed up for sale in 2006. Know any interested parties?

The Casa dos Ingleses is a small farm founded between 1718 and 1721 in the parish of Sarilhos Pequenos, near Montijo. This elegantly designed farmhouse, named after the English family who built it, had its own private beach and a chapel dedicated to the Holy Trinity. In 1908, Lord Bucknall and Carlos Creswell, owners of the cork factory Creswell & Cª Commercial House, acquired it and used the chapel as a firewood warehouse in conjunction with their nearby sawmill. Today, it sits completely left to ruin after having been horribly vandalized during the ’90s — even the graves inside the chapel were desecrated. Shameful!

This “modern hotel” overlooking the Seven Cities Lakes (Sete Cidades) on São Miguel island in the Azores was the first five-star hotel on the island. It opened in 1989 and closed only two years later. The five-story building reportedly kept its restaurants and its nightclub pretty packed in its heyday even though the rooms may have been largely vacant. The almost 200 rooms and suites (including parlors, luxury suites, and a presidential suite) have all been looted and now sit abandoned under mounds of lush green moss and oversized hydrangeas, but plans are in the works to reclaim it — read all about it here.

Torre do Inferno (Hell’s Tower) in the village of Coina, Alentejo, was built by Manuel Martins Gomes Júnior, known as “King of Trash” for his, let’s call it kitzchy, sense of style and his hoarding tendencies. Some say that he built the palace so that he could keep his eye on a property he owned in Alcacer do Sal. Now that’s the epitome of obsessive-compulsive, if you ask us!

This palace, also known as the Palace of the Four Seasons, sits in an advanced state of ruin in the village of Midões near Coimbra, though the most interesting architectural features — the four seasons statues on the roof — remain intact. The Municipal Chamber of Tabua’s now-totally-reasonable sale price of €450K back in 2014, covers all of the 4000m² building’s 20 rooms with three-meter-high ceilings and the 250m² garden in the back. And it recently got a fresh coat of paint. Pumba.

House of the Professor or Quinta do Parreira – Oliveira de Azemeis

This beautiful gated romantic-style house has an amazing interior to match its tiled facade: rotting floorboards, crumbling walls, a circular skylit staircase, and radiating interior arches. Its first owner, Doctor Aguiar, was a rich doctor who provided employment on his farm to the less fortunate in the Porto region. In the first quarter of the 20th century, the property was sold to Domingos Parreira who, upon his death, left it to his nephew’s family, under whose ownership the building fell into ruin. To add to the mystery, its location is guarded as a state secret, according to the wonderful blog Ruinarte.

This convent, dating back to the end of the 14th century, can be found in the Village of Santa Maria Maior in Viana do Castelo. It’s difficult to access unless you’re on the Portuguese coastal route of the Camino Santiago Compostela, which will lead you right past it. It was one of the first three convents of the Order of Friars Minor to be built. Today, it is a romantic ruin protected by a fence and a substantial number of fire ants. Wanna know how we know? Ouch.

This Benedictine monastery was built by King D. Afonso Henriques in 1162 in honor of the Virgin Mary and was donated to the abbey of Santa Maria de Alcobaça in 1195. Due to its proximity to the Colegio de Santa Cruz de Coimbra, it later began to function as a center for philosophical studies. But eventually, due to lack of use, lack or repairs, and other circumstances, the monks and nuns abandoned it, selling it in 1911 to be used as an industrial rice husking unit for the next 60 years. After some demolition and cave-ins, only the church remains, without its vaulted nave and the north and west wings of the cloister.

The neo-Arabic Quinta do Relógio was designed and built in the 18th century by Antonio Manuel da Fonseca, Jr. Later on, the estate was purchased by a millionaire who ordered the construction of a clock tower that inspired its name, but it was then demolished for reasons unknown, and now it’s impossible to trace where it stood. The 1500m² palace has four floors, a secondary (fully refurbished) villa, and a caretaker’s two-bedroom house, and sits on a romantic garden with a lake, several springs, fountains, and exotic trees. The main entrance is marked with an Arabic inscription, “God is the only winner,” which used to be the motto of the kings of Granada. Oh, and it’s neighbor across the street is the Quinta de Regaleira. Quinta de Relógio was for sale as of the beginning of the year, but the listing has been removed, which begs the question: who’s moving in?. 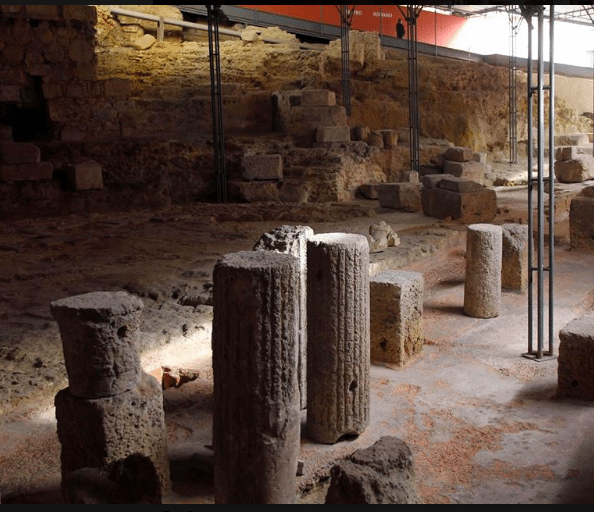 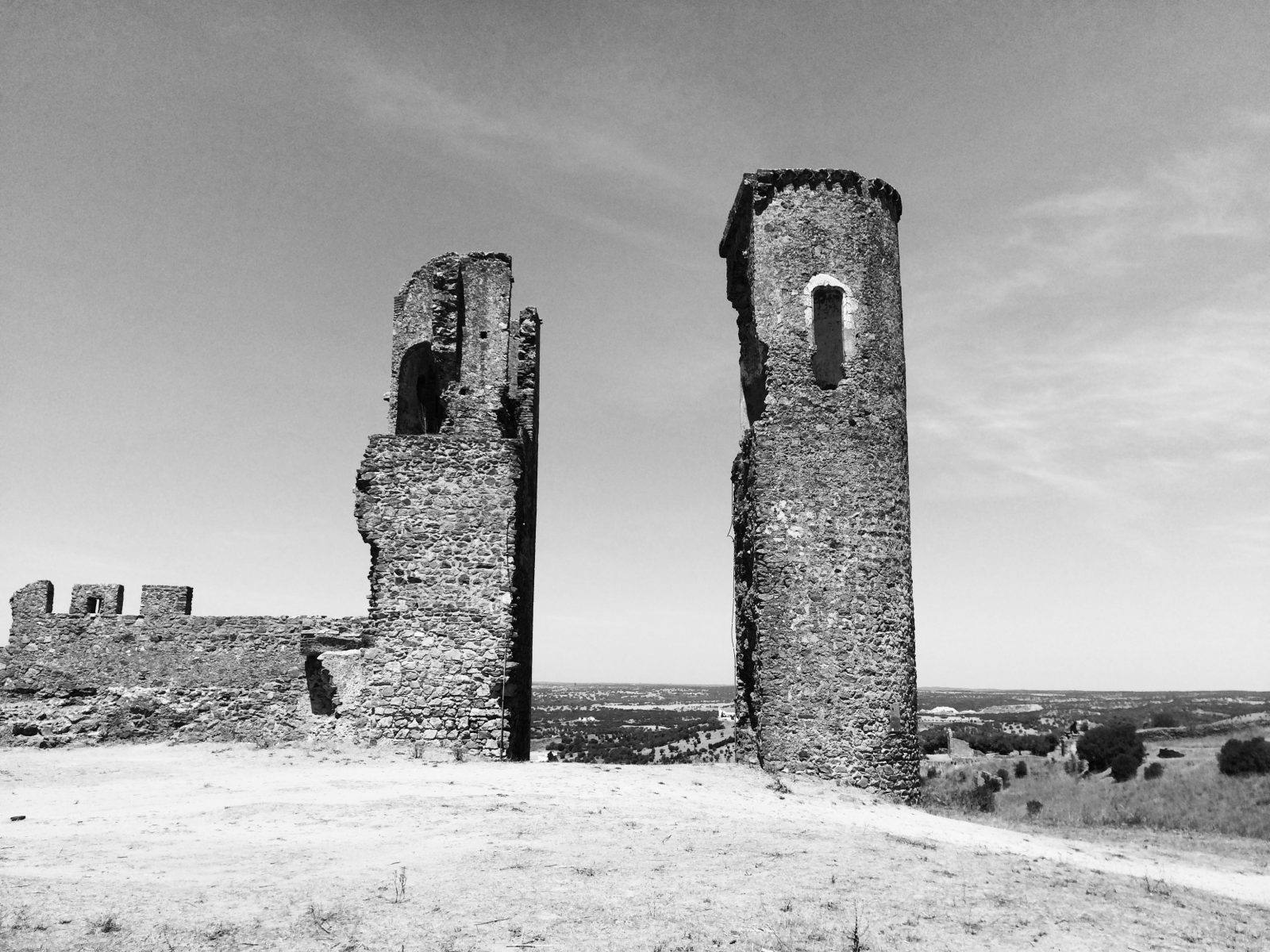 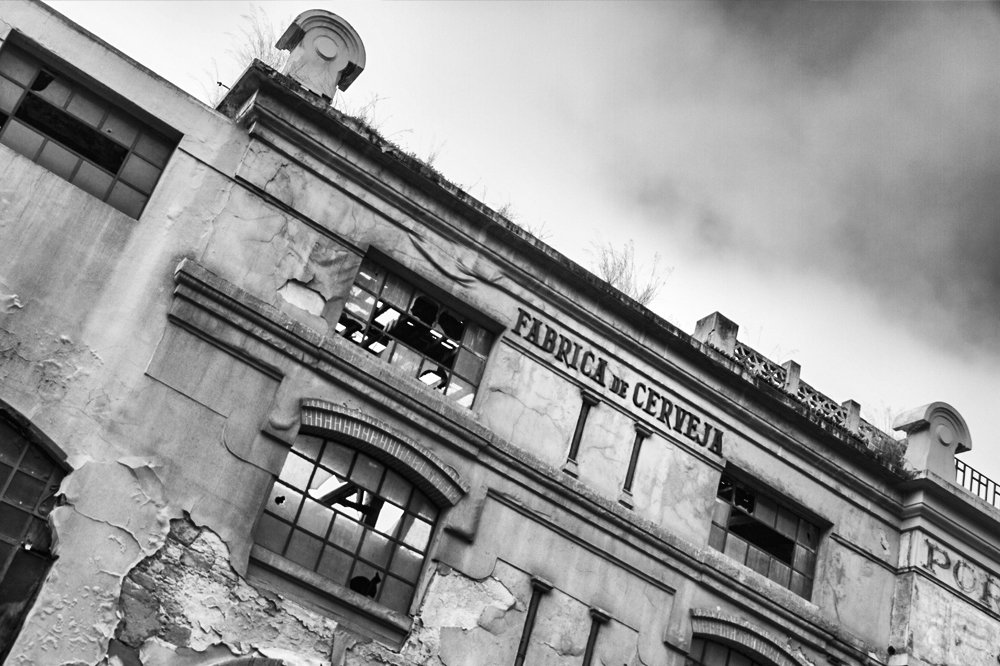 If you’ve ever wondered about the huge abandoned building attached to the famous Portugália restaurant on Almirante Reis, you’re in luck. Atlas photographer Lorena Velasco takes us on a tour 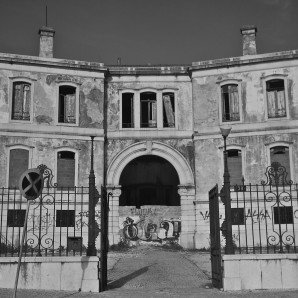 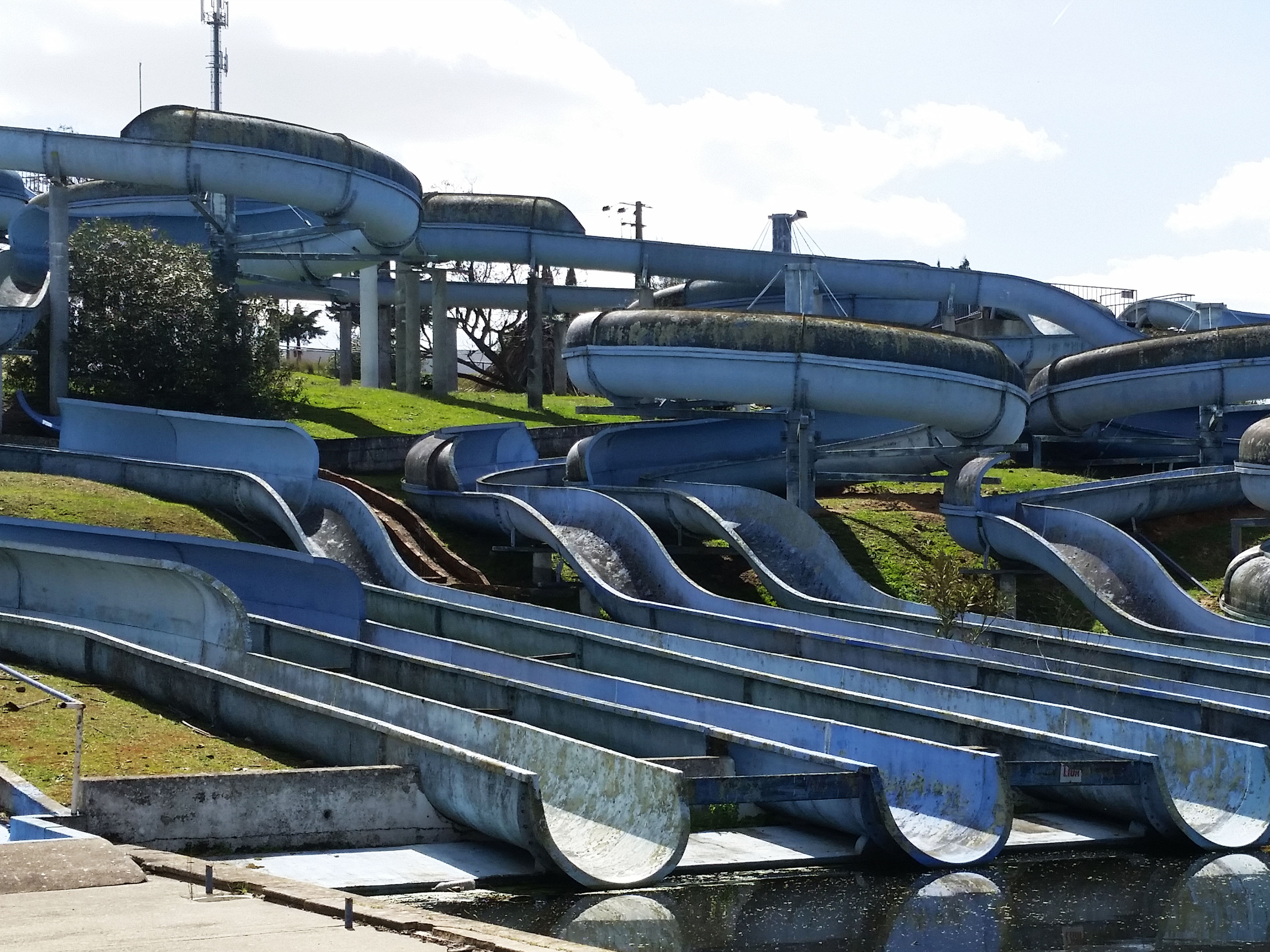 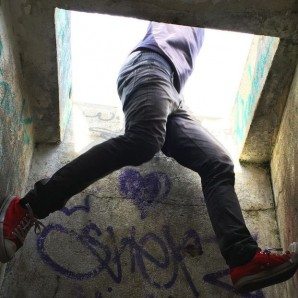 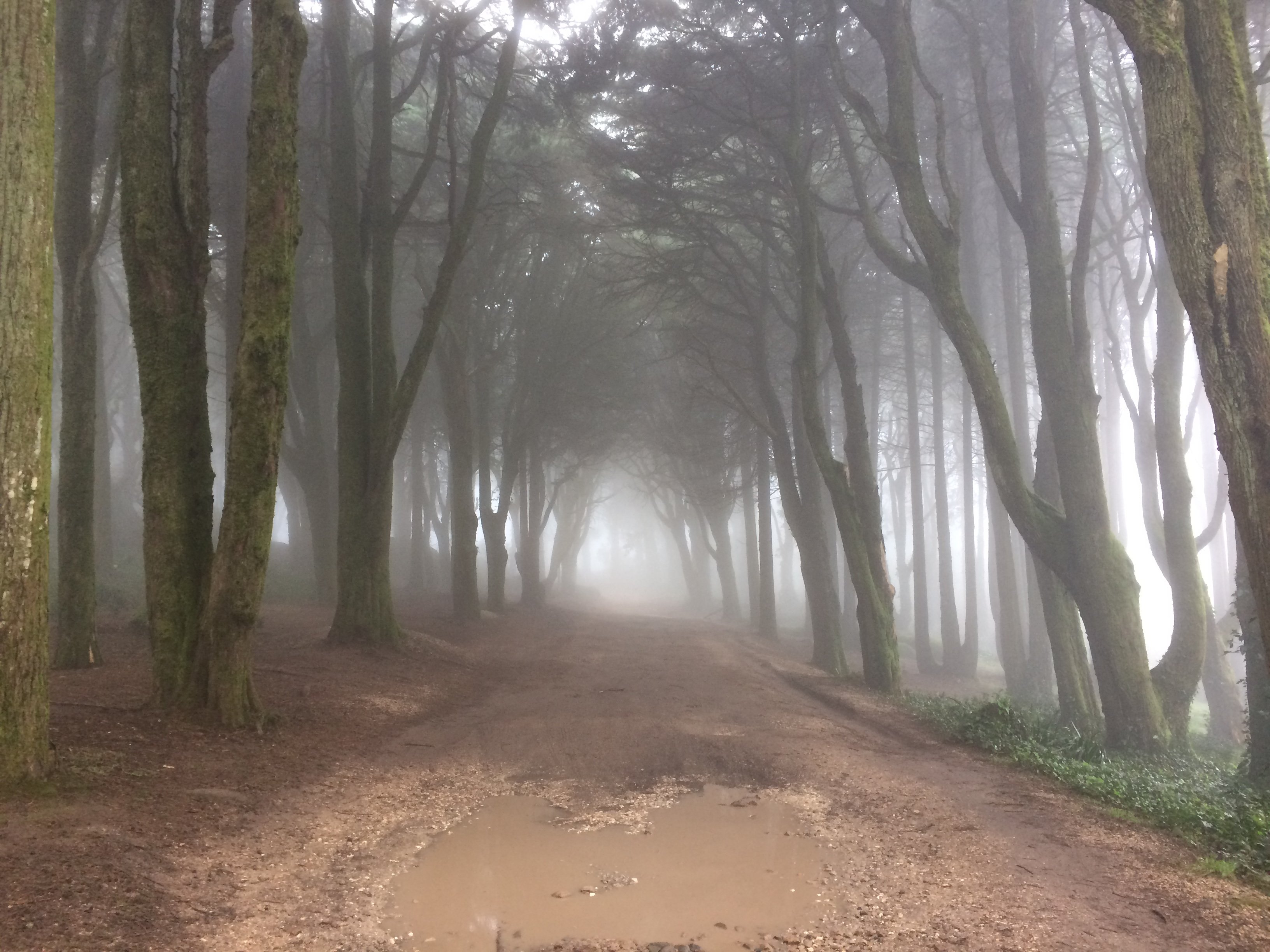