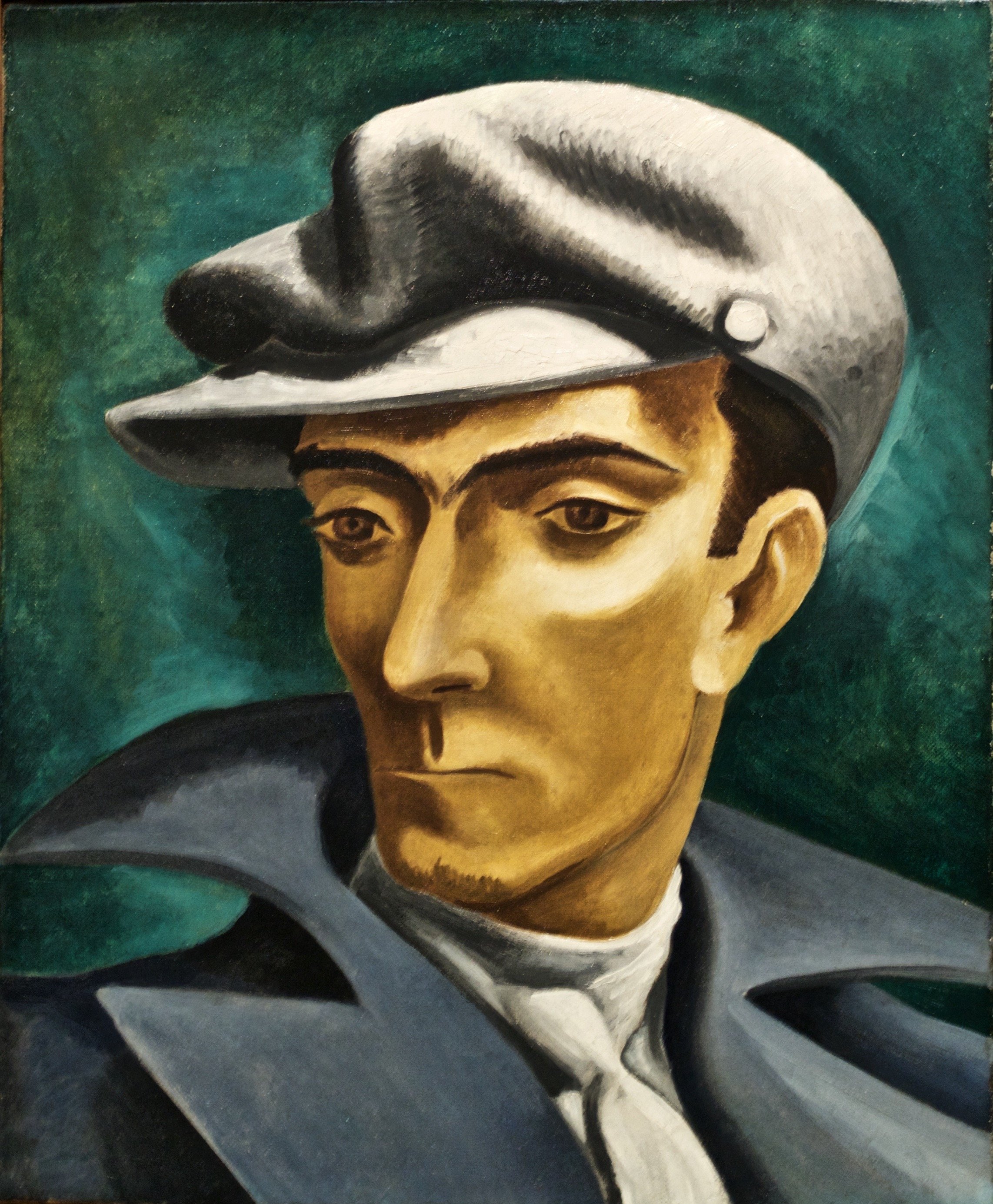 Jack of all trades, master of none? Well, this saying doesn’t hold true of Almada Negreiros, as he seems to have mastered not only the literature and painting for which he is most famous but a myriad of other artistic endeavors as well. These include engravings, tapestries, caricatures, murals, sculptures, mosaics, azulejos, stained glass, and even ballets.

José Sobral de Almada Negreiros was born in 1893 in the then Portuguese colony São Tomé and Príncipe to a Portuguese father and Santomean mother. At the age of seven, he entered the Jesuit school in Lisbon and, following the 1910 Republican revolution, moved to Escola Internacional. 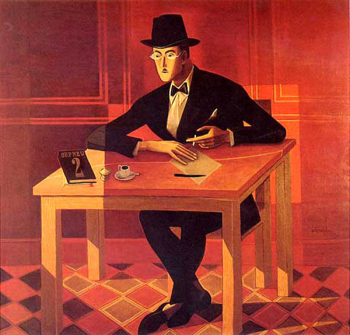 He premiered as a caricaturist in 1912, taking part in the first and second Exhibits of Portuguese Caricaturists. He continued on to publish poetry in 1915 and collaborated in the creation of Orpheu, which is known for contributors such as Fernando Pessoa. This magazine was an early mark of modernism in Portugal and shook the conservatives of Lisbon.

There were some challenges to the Modernist movement, with outspoken individuals such as writer and doctor Júlio Dantas. This didn’t go unchallenged, of course, and led to one of Almada’s most famous texts, “Manifesto Anti-Dantas e por extenso.” This was a clear, yet humorous, attack on the conservative elements of Portuguese society, as exemplified by Dantas. In the text, Almada wrote, “A generation that consents to be represented by a Dantas is a generation that has never been! It is a gathering of poor, unworthy and blind! An oar of charlatans and of the sold, which goes lower than zero!” 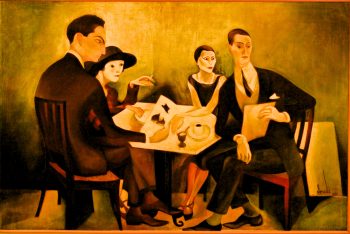 Between 1918 and 1920, Almada lived and worked in Paris, where he fraternized with the vanguards of modernist art, before returning to Lisbon. He remained in the Portuguese capital for several years, where he published Pierrot e Arlequim and started Nome de Guerra. He also produced a number of paintings during this time and participated in several expositions. It was in this period that Almada and other Modernists unsuccessfully attempted to enter the National Society of Fine Arts in Lisbon.

After several years in the city, Almada declared that “it is living which is impossible in Portugal,” and once again moved abroad, this time to Madrid, where he worked at several publications. He stayed in the Spanish capital until 1932, when he once again returned to Lisbon. Two years later, he married the equally impressive artist Sarah Afonso and settled in Portugal, where he would stay until his death in June 1970.

Throughout his life, he was one of the key agitators of modernism in Portugal and produced a massive body of work across many styles, mediums, and topics. From pen, to paint, to publishing, Almada Negreiros was an artist to his core and undoubtedly changed the course of 20th-century art in Portugal.

If you want to see some of his work in Lisbon, then head to the Gulbenkian. Just so you know, it’s free on Sundays before 13h!