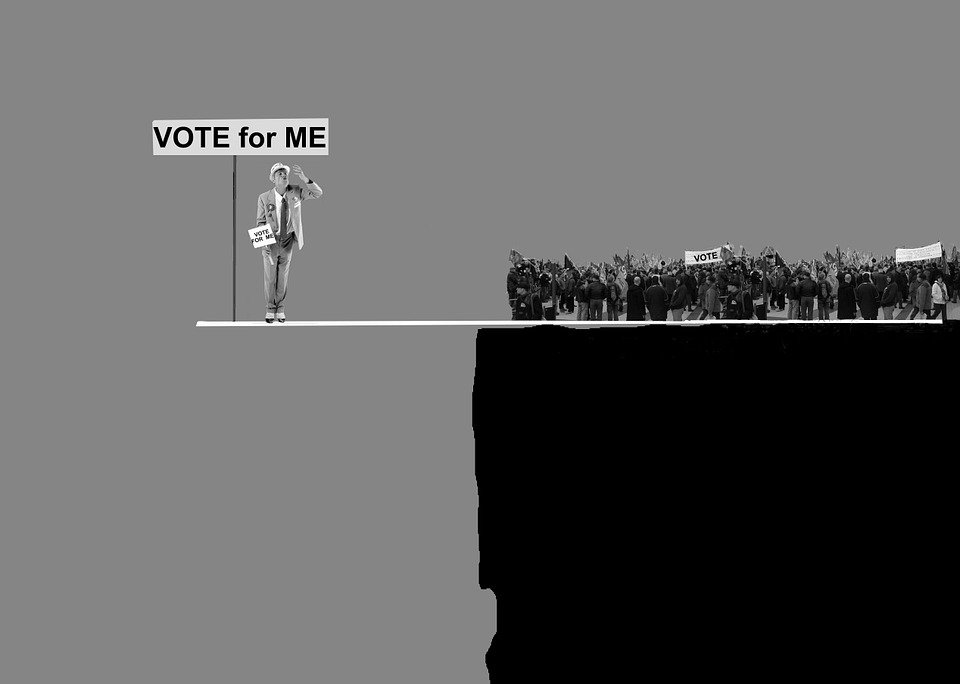 Autárquicas LX 2017: Who’s Who in the Mayoral Elections

All the campaigns have varying degrees of ambition to tackle the issues, but they should probably all taken with a pinch of salt.

In recent weeks, your letterbox may have been filled up with colourful flyers depicting smiling faces and catchphrases. You may also have noticed all the outdoor billboards scattered throughout the city. The ones with pictures of candidates who gave their best attempt at an instructed facial expression that was supposed to convey the right impression: serious yet friendly, confident yet approachable, visionary yet down-to-earth.

That’s right, Portugal is preparing for the local elections— the so-called autárquicas, which are held on Sunday. The stake of the elections is to choose a mayor for the city — who will get to occupy a comfy office in that fancy white building on Praça do Município — as well as the composition of the city council between the various political parties for a four-year term.

From an administrative point of view, the country is divided into concelhos (which are included in distritos (districts), but they’re irrelevant for these elections). The city of Lisbon is one concelho of its own while greater Lisbon has several.

For better management, freguesias were reduced from 53 to 24 as recently as 2012. In many cases, they were also renamed to something easier to identify with their location and the neighborhoods they comprise. Although consensus on the borders of a given bairro can be rare, the new map of freguesias seems to work towards a more faithful reflection of them, except for a few: the average Lisboeta wouldn’t say things like, “Let’s go to Santa Maria Maior,” for example.

The scope of responsibility assigned to freguesias is essentially the current management of the upkeep and cleanliness of public spaces and facilities, licensing on the usage of said spaces, housing, and communal activities. Concelhos are free to delegate any responsibility to their respective freguesias.

So, basically one assumes it’s all about local minor policies and politics. Well, not quite. Many people like to give these elections a greater significance at the national level, especially when it favours their own political agenda. One can expect many voices, mostly on the political spectrum or in the press, who will read an approval or rebuke of the current government into the election results country-wide. And they sometimes do have an impact.

In 2001, for example, then-prime minister in a hung parliament, António Guterres, resigned following a landslide defeat of his own party in autárquicas, where it had lost most of the major cities. New parliamentary elections were called, after which the opposition, led by Durão Barroso, took over the reins of government. Barroso remained in office for another couple of years before moving on to become President of the European Commission for a 10-year stint. On the other hand, António Guterres joined the United Nations, first as head of the United Nations High Commission for Refugees, and now he is the current UN-General Secretary. See, autárquicas can have huge implications, even on the international geopolitical stage.

I’m sure by now you’re all worried and wondering whether you’re allowed to vote as non-Portuguese citizen. The answer is yes, if you’re duly registered and if you’re a national of the following countries:

Nationals of the first two groups are even allowed to run for elections. You wish you’d been told earlier, right?

So, who are the candidates for Lisbon mayor from 2017 to 2021 and what is his/her campaign slogan?

There’s no point (nor interest) in describing each electoral program here. But by going through them, we can quickly point out two recurring hot topics:

The surge in tourism in the past five years has made the potential supply dwindle for residents. This has dramatically hiked up prices for renting and purchasing. Houses are being taken out of the market and redirected to hotels, short-term rentals, or bought by foreign investors (golden visas, tax-dodgers, or others) with a much higher earning power than the average Lisboeta.

The transport network has been put under strain, on the one hand due to the increase of mass tourism. On the other hand, both Carris and Metro de Lisboa are heavily indebted companies, in dire need of investment in staffing, and fleet, and infrastructure improvement. Over the past few years, no consensus has been reached between the several governments and city councils with the restrictions imposed by the crisis and the so-called troika on what should be the appropriate management model. The problem has been aggravated recently by the omnipresent roadworks, whose possible benefits will only be felt in the medium to long term.

All the campaign pledges have varying degrees of ambition to tackle the issues above and the many others Lisbon is facing, but they should probably all be taken with a pinch of salt.
In fact, pour more salt, go wild with the pepper, add some piri-piri, spill all the herbs into the pot.

I hope you like it well seasoned.
Bom apetite.