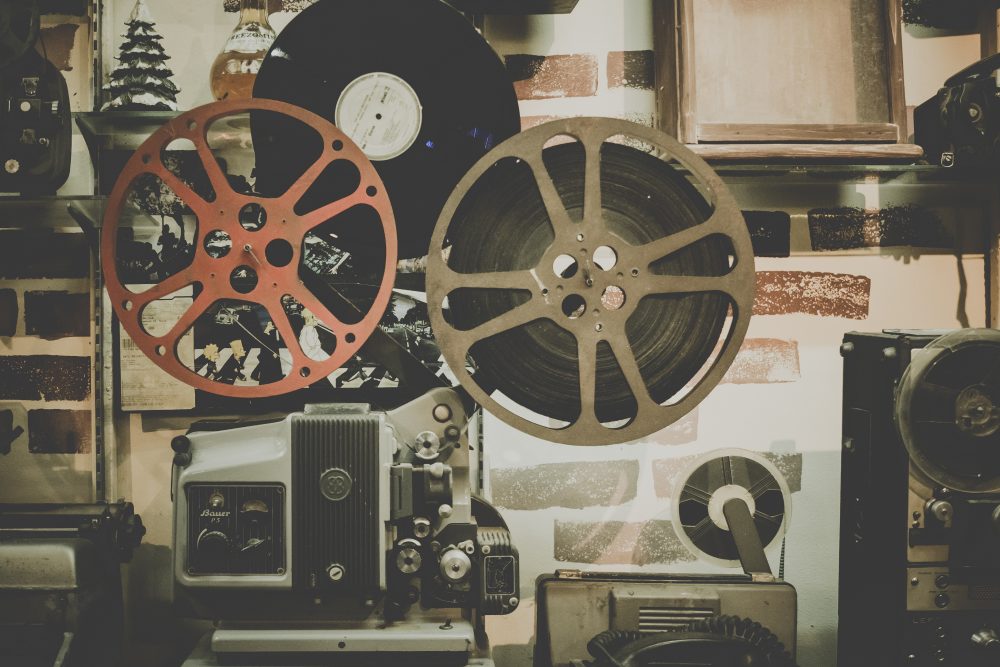 Our correspondents report from the first Capital Filmmakers Festival to take place in Lisbon. Read about the fest's independent films tackling issues ranging from the migrant crisis to the appropriation of African-American music.

By Alfredo Leal and Anabela Tanganhito

Last weekend, Lisbon welcomed its first Capital Filmmakers Festival after editions in Berlin and Madrid. A small but eclectic program of documentary features and shorts took over Cinema São Jorge for two days. In total, there were four features (all documentaries) and eight short films (two docs and six fiction), all of which were screened in the same room, so no excuses to miss a single one. And Atlas didn’t!

First, we should congratulate the organizers of this festival dedicated to independent filmmakers. Considering it was the festival’s first time in Lisbon, and its limited budget for things such as advertising, the final result was positive. Capital Filmmakers was unpretentious and well-intentioned, bringing people together to talk about movies whether they were professionals, movie lovers, or just curious laymen. Any film produced in Portugal or made by Portuguese filmmakers could be entered without a fee, with no restrictions on the year of production, theme, or duration.

It was therefore disappointing to see that there were almost no Portuguese submissions, which is curious considering how difficult it is for Portuguese artists to show their work. As Adis Venero from the organization said, it is a pity that it was not possible to have a session exclusively for Portuguese works, as happened in Madrid with one session and in Berlin with two. The only Portuguese movie screened was 897 – Sons do Douro by André C. Macedo.

The audiences at the screenings were modest, and there’s definitely room to grow. The lack of Portuguese subtitles could have contributed to the lack of interest, which is unfortunate considering the quality of the program. Hopefully, the next edition — which will again not charge a fee for submissions for locally-produced films — will bring more films, filmmakers, and moviegoers to experience the diversity of independent film.

The festival began with what was arguably the best surprise of the weekend. Na Linha da Frente: Os Fiscais do Parque Nacional da Gorongosa (On the Front Line: The Rangers of Gorongosa National Park) by Carla Rebai and James Byrne promised beautiful landscapes and heartwarming stories of the challenges in protecting Mozambique’s most important national park. However, the film focused instead on the recruitment and training of the park rangers, including the first women to ever have the opportunity to apply for the job.

The portrait of the candidates, their motivations, and the difficulty of the selection and training offered a surprising tale of dedication, sacrifice, and determination. The film is a well-deserved tribute to those who work to defend animal life, as well as a glimpse behind the scenes of what they do. Although it may not have been one of the goals, this documentary also presented the social reality of the population that lives around Gorongosa — men who want to support their families and women who feel capable and want to be independent.

Que Remedio? La Parranda (What Remedy? The Parranda) offered a portrait of the Cuban feast of La Parranda and the people involved in the preparation and creation of the festival’s costumes and floats. The backstage of the show and the enthusiasm of the townspeople made for an interesting first part of the film, even if the festival itself, with the fireworks display and flotas, made for a less interesting second half.

897 – Sons do Douro (897 – Sounds of the Douro), the only Portuguese movie in the festival, is about the project of Portuguese music created by Museu do Douro and their trip through the 897 kilometers of the river Douro, from its mouth in Porto until the source in Picos de Urbión, near Duruelo de la Sierra. The musical project of contemporary percussion, in which the musicians employ casks of wine as well as traditional instruments, is meant to explore the cultural connections of the people that live near the river.

The second day began with March of Hope by Jim Kroft and Bastian Fisher. In this documentary filmed in a road-movie style, the filmmakers ride their yellow van into the heart of the migrant crisis in Europe in 2016. The film takes us to Greece, showing a group of homeless people cooking with and for the refugees. It captures the locals and volunteers in Lesbos rescuing migrants on the shores of the Aegean sea, the frail living conditions in the refugee camp of Idomeni, the march of migrants through Macedonia as the borders in the Balkans were being closed, but mostly, it captures the people risking all they have for the hope of a better life and a future away from the war and devastation of their home countries. It gives a voice to the refugees themselves, their uniqueness and courage, and it is their voices we are left with long after the end credits roll. Despite the lack of a happy ending, this film is not meant to be an ode to misery and pity. It is a compliment to the volunteers around the world who have left their homes to help those who have been forced to leave their homes. It is also, in the last instance, a compliment to the power of art to transform people and, by doing so, transform the world.

The two sessions of short films had lower attendance, with the highlight being Le Mécanisme du Temps Suspendu (The Mechanism of Suspended Time) by S.D. Brancastle. It is a French tale on the biggest subject of all arts: love. Love allied to time, a clock without a mechanism, and a series of coincidences leading to an ending that could only be happy. The synopsis hints at a simple and boring story, but do not be fooled by it. With an astute thesis, loaded with puns and metaphors, and endless close-ups, it makes us float through the physical world of time — the clocks — and face the characters, played by actors directed with rare delicacy. We cannot leave aside the quality of the cinematography nor the fact that this short film was made without the aid of any computer or digital device. It is, therefore, a tribute to cinema and to all who love to make and watch movies.

Feminista by Myriam Fougère is a documentary that follows a group of feminist activists as they cross Europe in a caravan from Turkey to Portugal. The film documents them as they participate in local political gatherings and contact local feminist groups in their aim to build alliances while gathering and offering support.

This is Love by John Alexander closed the festival. Let’s start at the end: as soon as the movie is over, we are all certain that it is possible to know the unknown. This is the story of Rudy Love, a talented blues singer from Wichita, Kansas, a place that may be known for many things but not music. At home, Rudy writes his songs and performs on stages too small for the size of his talent.

The film is his life story told through his songs, almost all of which have been obscenely taken over by others, from the USA to Europe. But this is not a documentary about the misery of a musician, nor a documentary that intends to point the finger at this and that, nor does it intend to dig into the circumstances in which this happened. And none of that would have been necessary.

In the role of attentive observers, the filmmakers don’t denounce but rather imply the usurping behavior of the music industry, especially during the ’60s, and especially when it came to African-American artists. It does not intend to bring Rudy Love back to fame but only wants to make known someone who was hidden in the shade. Someone who has influenced and helped transform music, someone who has the right to see his work recognized once and for all. And, if what we say is not enough, interviews with George Clinton (Parliament / Funkadelic), Sinbad (American comedian and actor), and Mick Fleetwood (Fleetwood Mac), among others, will give us a hand.
Director John Alexander wrote: “This account epitomizes a quintessential struggle of African American artists of the 20th and 21st centuries. This film strives to shine light on a corner of music history often overlooked. This voice has been influencing us for decades, whether we know it or not, and teaches us to forgive.”

We, as you’ll surely understand, wanted to know more, so talked to This is Love director John Alexander about his work. Check out the full interview here!