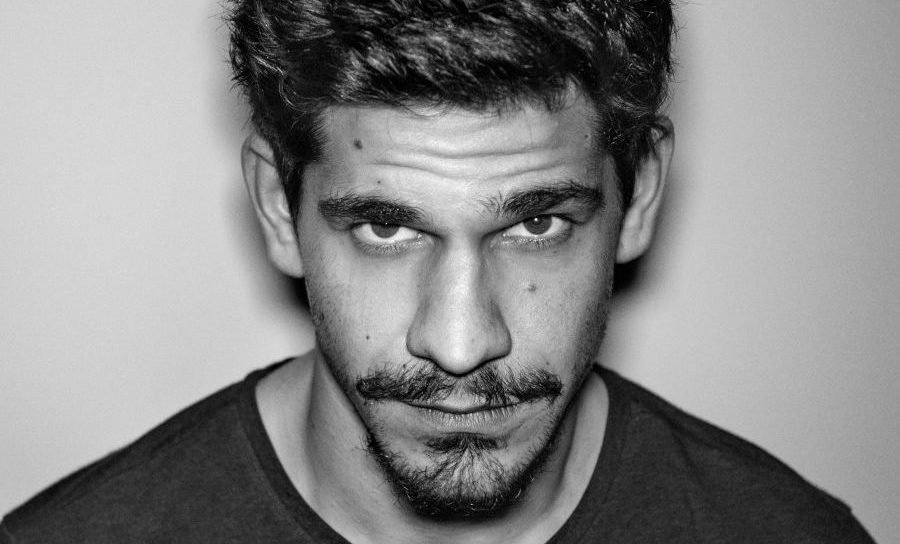 Captain Boy's music has touches of blues, surf, and classic rock, but all in all, it’s 100% rock ‘n roll — although Ribeiro’s clearly open to experimentation.

Captain Boy, known to his friends as Pedro Ribeiro, has granted Lisbon permission to come aboard his imaginary ship to rock town. The captain set sail from his hometown of Guimarães to drop anchor at Musicbox on Saturday night to perform selections from his recent album, 1.

Suffice it to say, Ribeiro’s reason for making music could be summarized by lyrics in his newest single, “Sailorman.” A conversation to clean the stains of the glass that sometimes do not let us have a clear view of who we are.”

The album 1, produced by Moon Records, was digitally released in January and has had a warm reception on the air waves for its raw, stripped-down sound of blues-meets-ballad, with a subconscious nod to his inspirations, Tom Waits and Jeff Buckley. When asked about Waits in particular, Ribeiro said, “I like how, with no effort, he pushes us to listen to his songs, [and make an] effort to understand him.”

Captain Boy, on the other hand, can be easily understood. His music has touches of blues, surf, and classic rock, but all in all, it’s 100% rock ‘n roll — although Ribeiro’s clearly open to experimentation. As a relative newcomer to the music scene (his first EP was released in 2015 by Universal Music Portugal), he also has a welcoming attitude toward the competition. He says, “I think [Lisbon] has enough…venues for all the different acts in the music scene right now.”

“Tango”, from 2016, is what got us hooked on the Captain in the first place. It showed his promise as an artist even then, and it seems to have put him in a good position to launch his new album, at least stylistically.

A popular single from 1, “Honey Bunny,” for example, takes a similar surf rock undertone and expands it to film. Ribeiro says that this song “could have been written by a Pulp Fiction production assistant. Once he left the restaurant, he built a rocket to escape with his mistress.” We think Tarantino would agree that the music video, directed by Daniel Fernandes of Indian Productions, is a perfect mix of the weird to accompany the words.

Ribeiro’s decision to collaborate with the Australian singer-songwriter Steven Smyth at the Musicbox concert was an easy one. “Steve is a great musician, a huge influence and now, a friend. I stepped up to my part as captain and invited Steve to make his debut in Portugal, in my home town of Guimarães, which he promptly accepted a few month ago. After that, I invited him to play with me in Lisbon — and now I’m like a boy who just got a great gift.”

MusicBox happens to be one of Captain Boy’s favorite venues so we’re glad he can check that one off his list. Here’s to him gracing the stages of his other favorite two venues in Lisbon, ZDB and Casa Independente, soon. It won’t be long before he uses the wind in his sails to take him well beyond Portugal. Bon voyage, Captain.