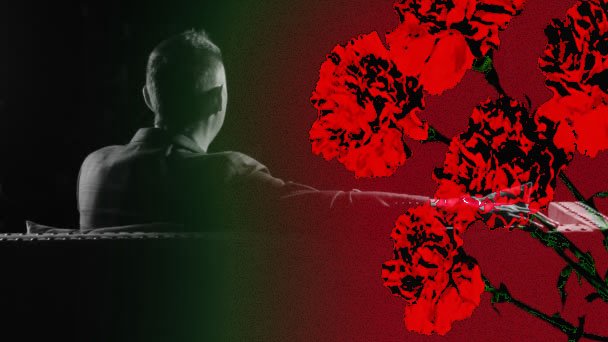 Celebrating Freedom in Quarantine: What’s on for the 25 of April This Year

Social distancing can't keep this nation apart as we celebrate 46 years of freedom on the 25 of April!

Social distancing isn’t ideal for celebrating big moments in your country’s history, but the Portuguese have proven that we can still come together to commemorate this special day — in fact, some organizations have extended the celebration to be week-long so no one misses out. Here’s what you can expect and where you can log in to be part of it.

22 and 29 of April, 16h
Classical Music played by the Orbis Orchestra at the Church of São Roque
EGEAC Facebook page
Back in Lisbon on Christmas day in 2018, the Orbis Orchestra played a pretty dope concert in the Church of São Roque. The EGEAC along with Cultura na Rua is broadcasting the recording of this amazing show to celebrate the 25 of April. Check out the orchestra’s renditions of Bach, Vivaldi, Albinoni, and works by the Portuguese composer Pedro Teixeira da Silva in a concert centered mainly on Baroque music. The theme is tranquility and reflection. Sounds fitting for lockdown, no?

24 to 27 April, 21h30*
Festival Liv(r)e
This online festival has four sessions, each made up of three 30-minute concerts. Three curators have selected 12 artists (TBA) to sing for freedom. The festival kicks off every night at 9:30 pm *but on April 25, there is a special broadcast at 5:30 pm. Ask questions as you watch and yours may be answered during the break in between the sets.

24 and 27 April, 17h (continues into May)
Pastel da Nata — Portuguese Custard Tarts Online Baking Class (15€)
It’s not necessarily revolutionary, but there’s nothing more Portuguese than a custard tart. And knowing how to eat them is only half the battle. Knowing how to make them takes things to a whole new level, so here’s your chance to learn how — in English! Of course, if you’d rather learn in Portuguese the times are different and the classes are 3€ cheaper. And so it should be, no? Chef João Batalha will go step by step and share the recipe that earned Pastelaria Batalha the silver medal for Best Pastel de Nata in Portugal. Find out how to join here.

24 and 25 April, 22h
Broadcast of Hugo van Der Ding at the Festival Política
Cultura na Rua – EGEAC Facebook page
Return to last year’s Political Festival at the Cinema São Jorge where the humorist Hugo van Der Ding gave an unlikely history class full of laughter, sarcasm, and eventually insight into the European identity. The video will only be shown during the broadcast period and will not be made available at any other time, so don’t miss this one.

April 25, All day
“April Memories” testimony video stream
The Aljube Museum Facebook page
The Aljube Museum will be sharing “April Memories” throughout the day — the testimonies of those who lived the dictatorship and revolution in the first person, but this time you’ll be watching them in the form of videos posted on social networks. Yes they will all likely be in Portuguese, but hey- this is THE BEST way to learn the soul behind the vocab.