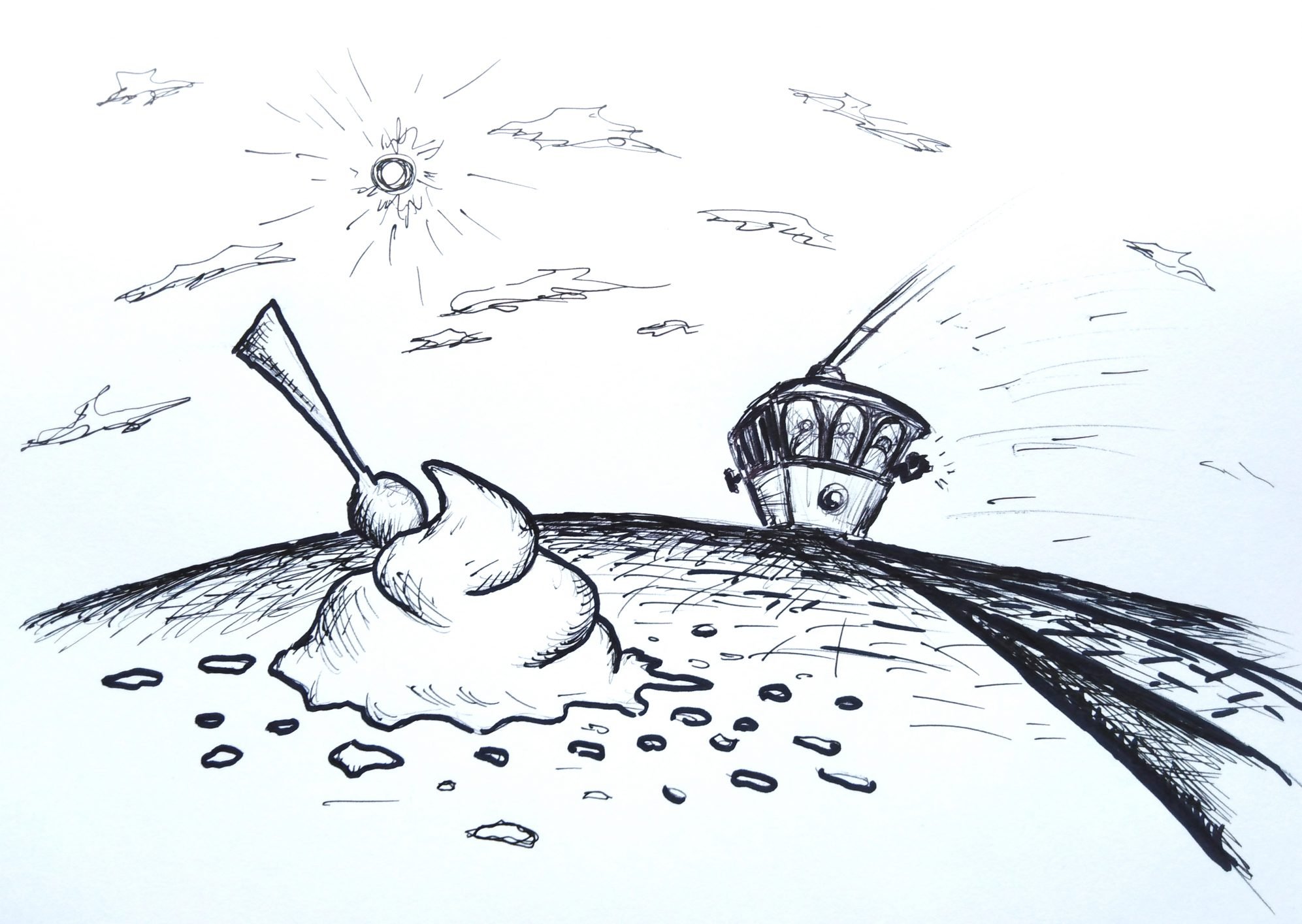 I was working my way around a cup of Nanarella’s ice cream the other day when a man appeared on a first-floor balcony across the street. He was retrieving a small beagle and wore nothing but a scandalously snug pair of white boxers. A second glance told me that this man was, in fact, my butcher. Our eyes met. He frowned, trying to place me. It was at this awkward interval that it happened. Fixated as I was by my açougueiro, I allowed my elbow to be clipped by a passing tram. Sharp reflexes kept the ice cream in place, but the lovely cloud of whipped cream that they always dollop on top was knocked clear. It landed on the pavement with a heart-rending splat. 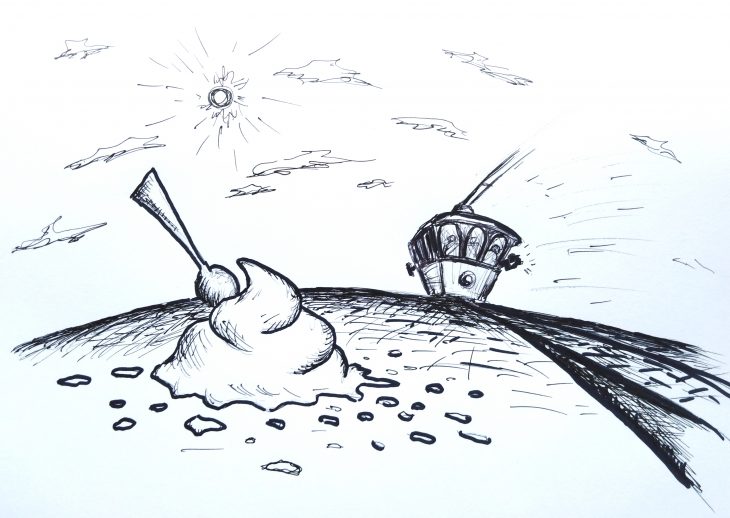 This kind of thing will sound familiar to many. Even a long-distance glance at the stats tells us that tram-clippings have been firmly on the rise these last few years. A fairly innocuous fifty incidents in 2016 swelled to a figure of one hundred and six in 2017. A startling two hundred and thirty-seven attacks occurred last year. The underwhelmed reaction of the police officer who dealt with my case was quickly explained: I was the fourth victim he had met that week.
Rachel Long, 34, from Surrey asserts that her city break was spoiled when the famous 28E tram nicked her hand as she went to slap a man she knew encouragingly on the back. The typically cheerful disposition of Pennsylvania-native Chuck Maynard, 55, was interfered with by the bumper of the infamous 24E when it nipped his hip as he recalled a favorite Frasier episode (his mood soured further at the driver’s tardy bell). And it’s not just brain-dead tourists, dumb with money, that have been affected. Diogo Laurenço, a local shoe, belt, key, and zip man was left nursing a deaf knee when the 18E tram traveling from Cais do Sodré to Belém pipped his leg somewhere in between. A deep melancholy on the day prevented him from moving it aside in good time.

Tram-daddies Carris were vague but prompt in their response to my email:
“Circuits on the blink. Considering horses. Keep quite (sic) about it for now.”

Of course, the prospect of Portugal’s idle mares and stallions being put to work again will gladden many. But an inside source at the organization revealed that electricity may have nothing to do with it. Instead, they blamed certain unionized elements among the drivers who, by the means outlined above, endeavor to hold the company’s reputation to ransom in a dispute regarding uniforms.

So are a few union Joes to blame? Perhaps. Meanwhile, the harmings go on and any resident not wishing to be the recipient of an abrupt clipping would do well to avoid main roads. As is so often the case, pure abstinence is the only guarantee of safety. Many locals may want to stay indoors altogether, at least until we know more.

[Editors Note: This article is a work of satire, and all statistics, quotes, information, and people are fictitious]