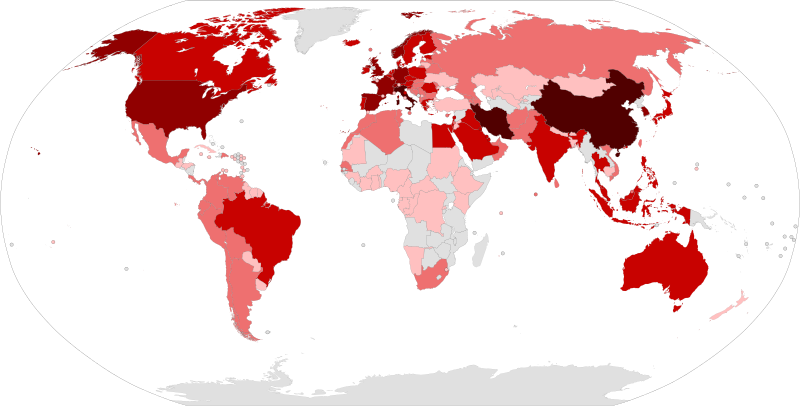 Portuguese health officials say that the country is about to enter the "exponential growth phase of the epidemic.”

March 15, 12h15: Portugal now has 245 confirmed cases of the coronavirus, up from 112 on Friday and 169 Saturday, according to Direcção-Geral da Saúde (DGS). The country is about to enter the “exponential growth phase of the epidemic,” Portuguese Health Minister Marta Temido said Saturday. Lisbon and the Tejo Vally represented 116 of the cases.

Health officials are stressing the importance of social distancing as the government puts further restrictions on public gatherings, including the closure of all beaches in Portugal to sports and group leisure activities by the National Maritime Authority. This follows earlier closures of schools, universities and libraries around the country as well as museums, theaters and night clubs in Lisbon and Porto, and many major national monuments around the country. Most events, regardless of size, have been cancelled too. The government wants you to stay home.

Declared a pandemic by the World Health Organization on Wednesday, the coronavirus outbreak has so far spared Portugal: just to the east, in Spain, more than 6,000 people have been infected and 191 have died from the virus, according to BBC. In Portugal, there have been no deaths thus far, while two people have recuperated.

The number of suspected cases in Portugal, however, has jumped from 1,308 on Friday to 1,704 on Saturday and 2,271 on Sunday, according to DGS. And while 47 of the confirmed cases were “imported” from other countries, primarily by people returning to Portugal from Spain and Italy, 198 people contracted the virus inside Portugal, DGS says. In addition, health officials are actively monitoring a further 5,011 people for the virus.

SNS 24 Hotline Answers Less Than Half of Calls

Meanwhile, SNS 24, the national hotline for health questions that officials urge people to call before coming to a hospital, continues failing to answer more than 57% of the calls placed.

On Friday, the health minister told Parliament that the government plans to open a new call center to address the problem, according to TSF.

More than 5,800 people have died from the outbreak that was first detected in the Chinese city of Wuhan in December 2019, according to Reuters. (Chinese state media, diplomats and government officials have been recently pushing the idea that the coronavirus had started in the U.S., according to the Guardian, after several American officials, including U.S. Secretary of State Mike Pompeo, called the illness the “Wuhan coronavirus.”)

Europe Is the Epicenter

But while the number of new cases in China has slowed to a trickle — only eight new confirmed cases and 10 deaths were reported from Friday to Saturday — coronavirus is now rapidly spreading across Europe.

5,000 people have lost their lives to #COVID19 – this is a tragic milestone.
Europe has now become the epicenter of the pandemic, with more reported cases and deaths than the rest of the world combined, apart from China. https://t.co/ryTAmB9ZnI