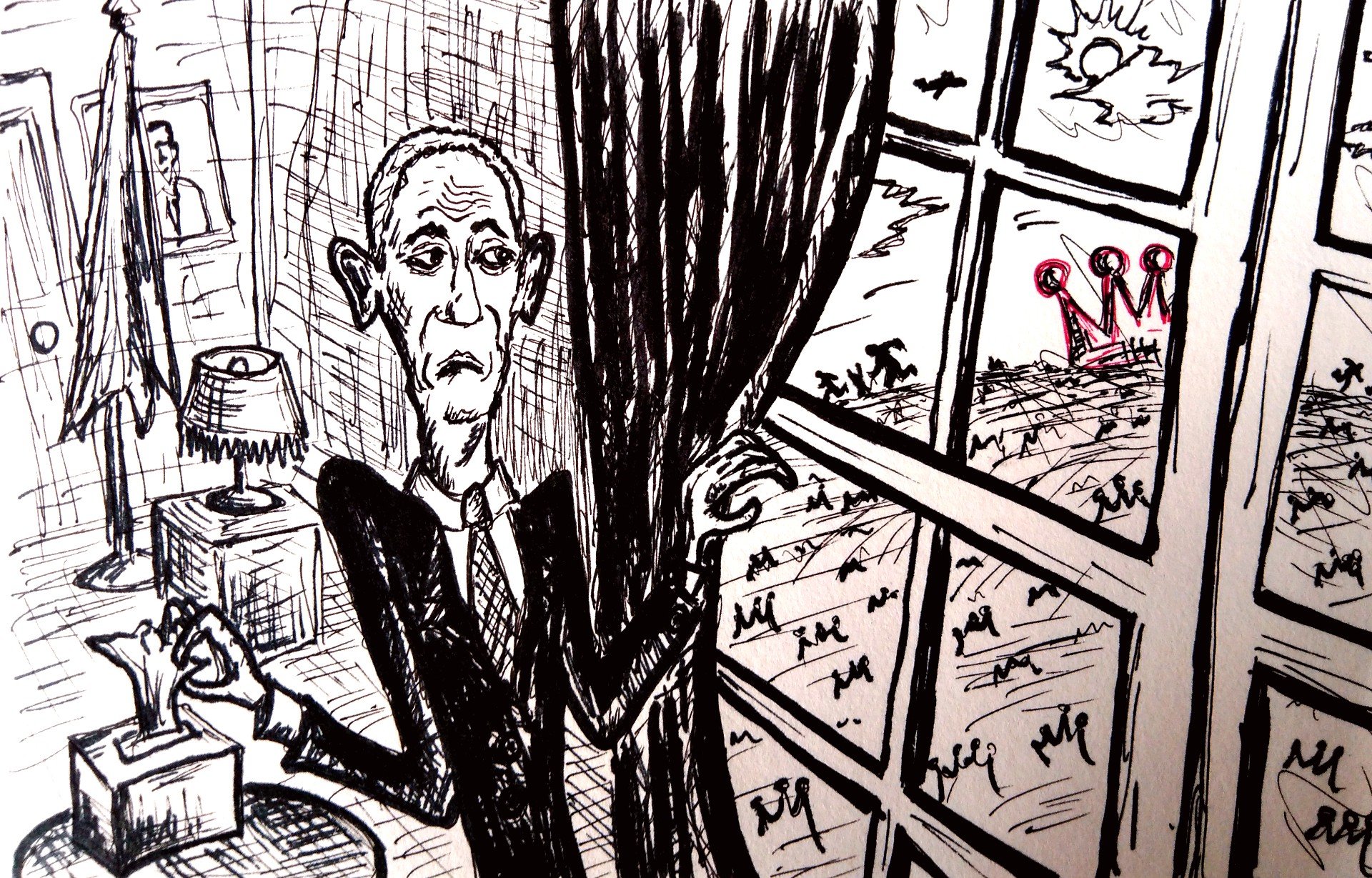 Schools and night clubs are closed, you can't find disinfectant anywhere, the hotline isn't working — but we're Portugal, we can do this. Bora!

Happy Friday the 13th! Portugal now has 112 confirmed coronavirus cases, but while that’s a big jump from yesterday’s 78 and Wednesday’s 59, there’s no cause to freak out and buy out all the toilet paper and surgical masks. There are a few others things you should do, however.

On the surface, it seems that the spread of the virus is accelerating: the number of confirmed cases rose from just one last Monday to 13 by last Friday, March 6. But then it seems to have sped up: on March 9, we were up to 39, and this Wednesday, March 11, we were up to 59. By Thursday, 19 more cases were confirmed — and a whopping 34 more wore confirmed by this morning, according to Direcção-Geral da Saúde (DGS).

Should you panic? No. But you should prepare.

For starters, graças á Deus, so far no one in Portugal has died from the virus. And one of the confirmed cases has recuperated, according to DGS.

Meanwhile, governments around the world, including Portugal’s, are taking Italy’s advice, which has warned the rest of the world against making the mistakes that they’ve made trying to contain the virus. Portuguese President Marcelo Rebelo de Sousa took the lead by self-isolating himself, and remains so even though he tested negative.

The Not So Good News for Parents and Business Owners

Portugal has now taken some rather drastic measures to contain the virus. Dozens of schools and universities have decided to close their doors earlier this week. But on March 12, Prime Minister Antonio Costa announced that all schools and universities will be closed as of Monday, March 16 — until April 9. That’s going to be interesting, to say the least, for the parents of the estimated 2 million kids in the country.

We wish you luck. Try to stay away from the booze, but if you must, here’s a guide on where to get it.

But Costa also promised there will be some remuneration for parents missing out on work, which is being determined now.

Furthermore, Costa announced that all night clubs will be closed as well. In addition, while bars and restaurants, for now, remain open, they will have to operate at a third of their maximum capacity. Commercial centers, as well as public service centers, will need to come up with measures to limit the number of people visiting at the same time. Events large and small have been canceled already, and most museums are closed too.

This will be devastating for many small business owners. But Portugal’s measures are most likely the right approach, considering what’s happening in the rest of Europe and beyond.

Coronavirus Around the World

The virus has infected more than 132,500 people and caused the deaths of 5,000 worldwide as of this morning, according to the World Health Organization. Just across the border, Spain has reported more than 3,000 cases and 84 deaths. Italy has around 15,000 confirmed cases, and more than 1,000 people have died in the country, with the entire population of roughly 60 million now officially under quarantine and unable to leave the house without prior authorization — according to one friend, not even to walk the dog. And China, where the virus was first detected in late 2019, has suffered the brunt of it all, with around 80,000 cases and more than 3,000 deaths.

The Bad News in Portugal

Nonetheless, we are a far smaller country, so even 112 confirmed cases is serious, of course. Of those, 53 are in the north of the country, 45 are in Lisbon and the Tejo Valley, six are in the center and six are in the Algarve, according to DGS.

More worrying, however, is the growth in the number of suspected cases, which has now reached 1,308. That’s more than double from yesterday, and there’s a clear sign those numbers are rising exponentially:

Health authorities have been encouraging everyone concerned about their health, be it about coronavirus or anything else, to avoid coming to the hospital directly, which makes sense. You may not even be exhibiting symptoms yet, even if you do have the virus, but could expose other patients at the hospital, many of whom may be suffering from lower immunity already, or the nurses and staff who will be critical to containing the spread of the virus.

So instead, officials have been urging everyone to call the free health hotline, SNS 24, at 808 24 24 24. And here lies the problem: the hotline continues only answering about 10,900 calls a day, because of a strange arrangement they have with their telecom provider Altice. As of 13h03 today, SNS 24 failed to answer a staggering 15,100 calls over the previous 24 hours, according to the National Association of Public Health Doctors. That’s a lot of unanswered questions.

In light of the ongoing problem, health officials now recommend that anyone who needs attention to still try SNS 24, but also try their local Centro do Saúde. If you’re not yet registered, you should do so now. Each center is different, but all of them will have a central number, and some doctors and nurses may even give you their email addresses and phone numbers.

What You Can Do

We’re in this together, people. Protect yourself and protect those around you.

If you cough or sneeze, even if you don’t think you’re a virus-carrying zombie yet, do so into a disposable paper tissue and throw it away immediately, and wash your hands. If you don’t have a tissue, do it inside your elbow. If it’s really bad, don a face mask — to protect others.

Washing your hands regularly — and correctly, as in with soap and warm water, for 30 to 60 seconds, making sure to get under those nails of yours, before eating, after using the bathroom, after coming in from the street, EVERY TIME — remains essential to keeping the virus from getting inside of you. An alcohol-based hand rub will do the trick as well, but soap is better.

According to the World Health Organization, this one simple measure is far more effective than wearing a face mask. Please stop buying up all the masks that are needed for doctors and nurses and those who are actually sick.

You can take this one step further, however. Remember that the virus has to enter somewhere – namely, through the mouth, nose and eyes. So an extra precaution is to also wash your face when you come in from the street. Don’t overdo it, of course, or you’ll dry yourself out.

You may also want to avoid physical contact. We know, it’s Portugal, so we won’t say any more — you’re an adult, presumably. However, if you decide to stop kissing cheeks or shaking hands, don’t do the elbow bump either.

Furthermore, consider that the spread of the virus is still very poorly understood. One suspicion is that it can linger in poorly ventilated areas even after an infected person has left them. Our suggestion is to have indoor clothes and outdoor clothes. When you’re back at the house, strip out of the outdoor clothes, put them in a bag or the washing machine, wash your hands, and put on new ones.

And leave your shoes outside the door, if you can.

A Note on the Elderly

The confirmed cases in Portugal have mostly been in people from 30 to 50 years old or so, and that’s a good thing: it’s far more deadly for those 60 and above. So do your part to protect the elderly. For starters, don’t cough on them.

In a time like this, it’s doubly important to check up on your older relatives and friends. But it’s far safer for them if you do so over the phone, Facetime, Google Hangouts, WhatsApp, etc. Bring them some treats, but don’t linger.

It sounds harsh, but if you’re young and healthy, you can probably handle this virus — the general mortality rate is around 3.4%, it’s well below 1% for healthy individuals under 50. But do the math: the older ones among us are far more susceptible.

No Hand Disinfectant in the Stores? No Problem

Most stores and pharmacies in Lisbon have run out of hand disinfectants a long time ago, it seems. Anecdotal evidence suggests that some pharmacies, however, are making their own, so it’s worth asking.

If you can’t find it, though, we’ve put together a guide on how you can make your own at home with some basic ingredients.

DGS has completely overhauled its COVID-19 coverage if you want to stay up to date, with a new dashboard that shows exactly where the cases are, the growth in numbers, what demographic groups are affected and more, all of which you can find here. DGS, we salute you on a job excellently done.