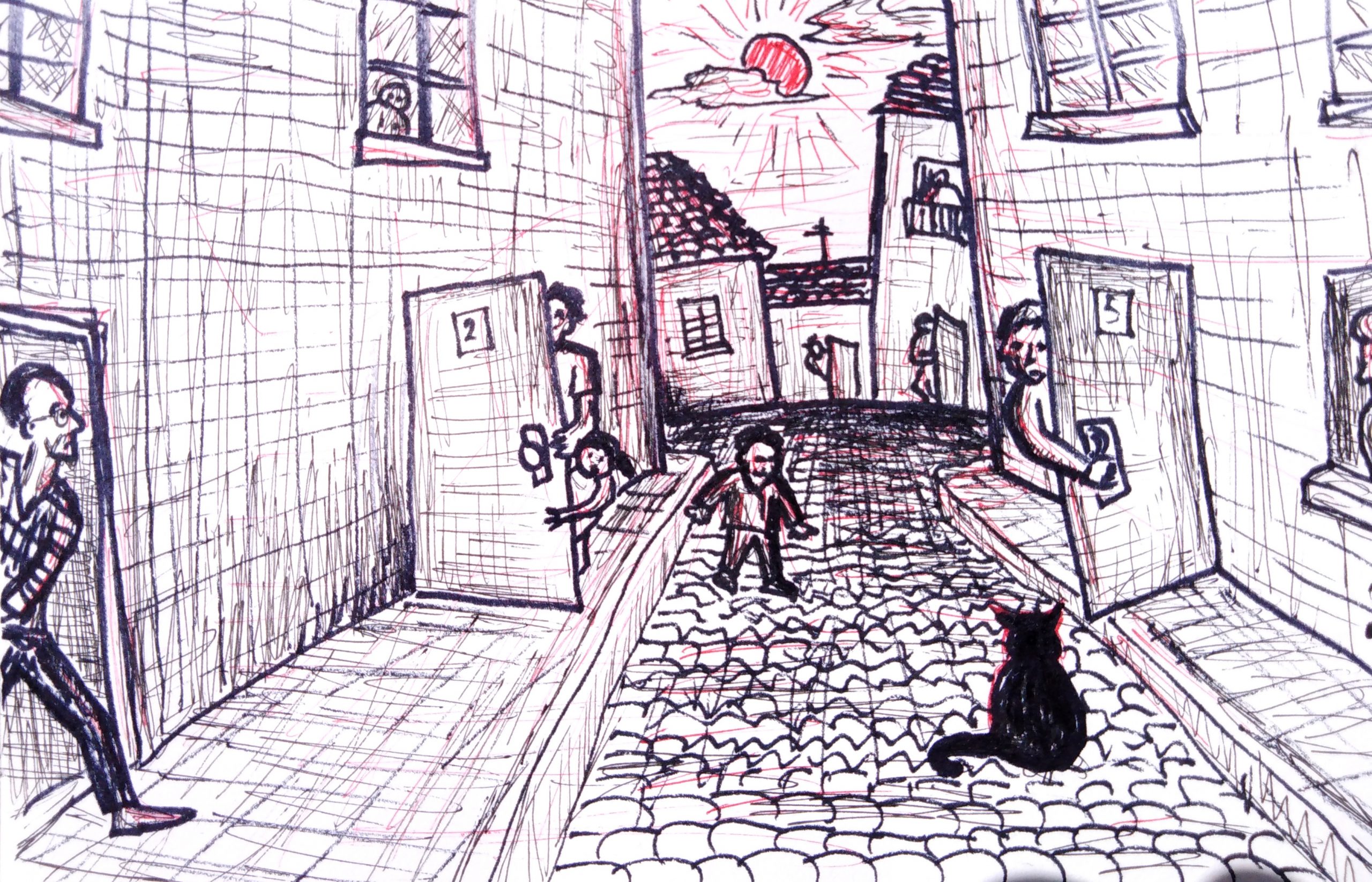 Portugal’s State of Emergency Extended to May 2; COVID-19 Death Toll  at 820

“We are now closer to the end of April, the decisive month for us to win the second phase [of the state of emergency]. And we are winning that second phase,” President Marcelo Rebelo de Sousa said. Fingers crossed.

Update April 24, 21h00: The number of suspected cases shows no signs of flattening out, rising to around 227,400 as of Friday. That’s as the rate of testing remains strong, with more than 10,000 performed on most days during the past week.

The good news is the clear slowdown in the number of people hospitalized, and, out of those, the people who are in intensive care.

The number of confirmed cases rose at a rate that’s around the average during the past two weeks, reaching a total of almost 23,000. And 854 people who’ve tested positive for the coronavirus have died in Portugal as of Friday.

April 23 Update: As of Thursday afternoon, Portugal has more than 22,350 confirmed cases of the coronavirus and around 220,000 suspected cases. The death toll among those who’ve contracted the virus has grown to 820, while 1,201 have been reported to have recuperated.

April 21 Update: DGS reported 21,379 confirmed cases on Tuesday — representing an increase of 516 from Monday — and 762 people dead, which is an increase of 27 since the previous day. Suspected cases have moved up to more than 202,700, even as the number of tests administered since March 1 has grown to almost 272,000.

President Marcelo Rebelo de Sousa announced Thursday that Portugal’s state of emergency has been extended for a third time, until May 2 — and added that he hopes it’s the last time.

“We are now closer to the end of April, the decisive month for us to win the second phase [of the state of emergency]. And we are winning that second phase,” Marcelo said. “We had to make Easter a time of increased containment. And we did it.”

Indeed, the figures reported Friday, April 17, by Direção-Geral de Saúde are encouraging: the number of confirmed cases — 19,022 — is only 181 higher than the day prior, which is the lowest increase in close to a month. The number of people who’ve died after contracting the virus is high for a small country like ours: so far, it’s 657.

But the rate is slowing — as is the rate of new suspected cases, which is nonetheless now almost 159,000.

Testing is also back up, after a slowdown during the Easter weekend: more than 221,000 tests have been administered since March 1, with more than 11,000 new tests done on each of the past two days.

One concern is the number of people who’ve recuperated remains stubbornly low: as of Friday, it was just 519 people. We’re still hoping that it’s because the vast majority of people are recovering at home, since only 1,284 people are in hospital, out of more than 19,000 of those who’ve tested positive.

More good news, presumably, is that the Serviço Nacional de Saude SNS 24 health hotline — which was so overwhelmed that it wasn’t picking up 57% of the calls in early March — has become so effective that the average wait time is now 30 seconds, or so SNS claims.

But What Are We Basing It On?

What is alarming, however, is that minister of Health Marta Temido said that the hotline received 10,943 calls on April 12 and 9,903 on Sunday, when the average wait time was 30 seconds, according to Jornal de Negócios.

And Why Is That Alarming?

Because in the beginning of March, it turned out that SNS stopped picking up calls right around exactly that level — because of a truly bizarre arrangement it had with Altice, its telecom provider at the time, in which SNS was allowed no more than around 10,000 calls a day.

It would be awful to find out that this is still the case. That after those first 10,943 calls on April 12, SNS simply stopped picking up. And the National Association of Public Health Doctors, which was tracking the numbers in the beginning, stopped doing that on March 10. Which begs the question — independent analysis, anyone?

If you have had experience with SNS in the past week or so, please let us know what it was like.

But hey, if all the SNS calls are indeed getting picked up, and the hospital intensive care units aren’t overwhelmed, there’s good cause to believe that the national health system can handle this.

And that maybe we — the citizens, residents, transients, and whatnot — can too.

To that end, Prime Minister António Costa has outlined a few ideas of how we can return to some semblance of a normal life, or at least get people back to work and out of the house, starting in May:

Some of them could alter the way we live forever — for the better, in this observer’s humble opinion.

Among the proposals, according to Publico, are: opening up the creches to help working families, since the virus doesn’t seem to bother the little ones anyway; restarting face-to-face classes for older students, in grades 11 and 12; and restarting pre-school activities. Good news for the future of the country, no?

There’s more: the reopening of economic activity, starting with small local businesses to serve the local economy while reducing the travel people need to make for goods and services; defining the necessary conditions to reopen barber shops and stylists — and, mein Gott, some of you people really need it! — and encouraging teleworking as much as possible.

And here’s where Portugal can once again lead with some great ideas to change the world, like it did with drug decriminalization.

Costa has proposed figuring out proper measures to restart cultural, sports, and even religious events, with reduced capacity, assigned seating, and mandatory use of masks. You know, so we can all be together enjoying things again!

And my favorite: Costa has suggested that, in order to ensure safe public transit, companies should start thinking about staggering working hours. It’s ok if some people come in at 6h in the morning, others at 9h, and others at noon. It’s OK, because some people already do it. It’s ok if some stay at home some weeks and let others do it the next. And it will help companies get people back to work.

And life becomes better when you don’t hate your commute, no?

…Because People Are Getting Desperate

And return to work we must, it seems. It’s been only about three weeks that the government reached an agreement with banks about a six-month moratorium on mortgage payments— but at Santander, one of the country’s largest lenders, a quarter of its customers have already applied for it, according to Jornal de Negócios.

On the other hand, people who want or have to rent rather than buy may finally get a break after years of soaring prices here… OK, everywhere.

Many of those pricy alojamento local short-term rental places will likely become regular long-term rentals, pending government regulation and the return, or not, of tourism. That’s according to ComprarCasa, a network of 150 real estate agencies in Spain and Portugal, Idealista.pt writes.

Anecdotally, from a quick glance on idealista.pt, there are certainly a lot of apartments reduced in price, although, infuriatingly, their owners or agents often place “only until the end of July” in their listing.

Good luck, we say to you, good luck! May you rent your place to one of those people who bought out all the masks and ethanol alcohol, and may you babysit each others’ kids!