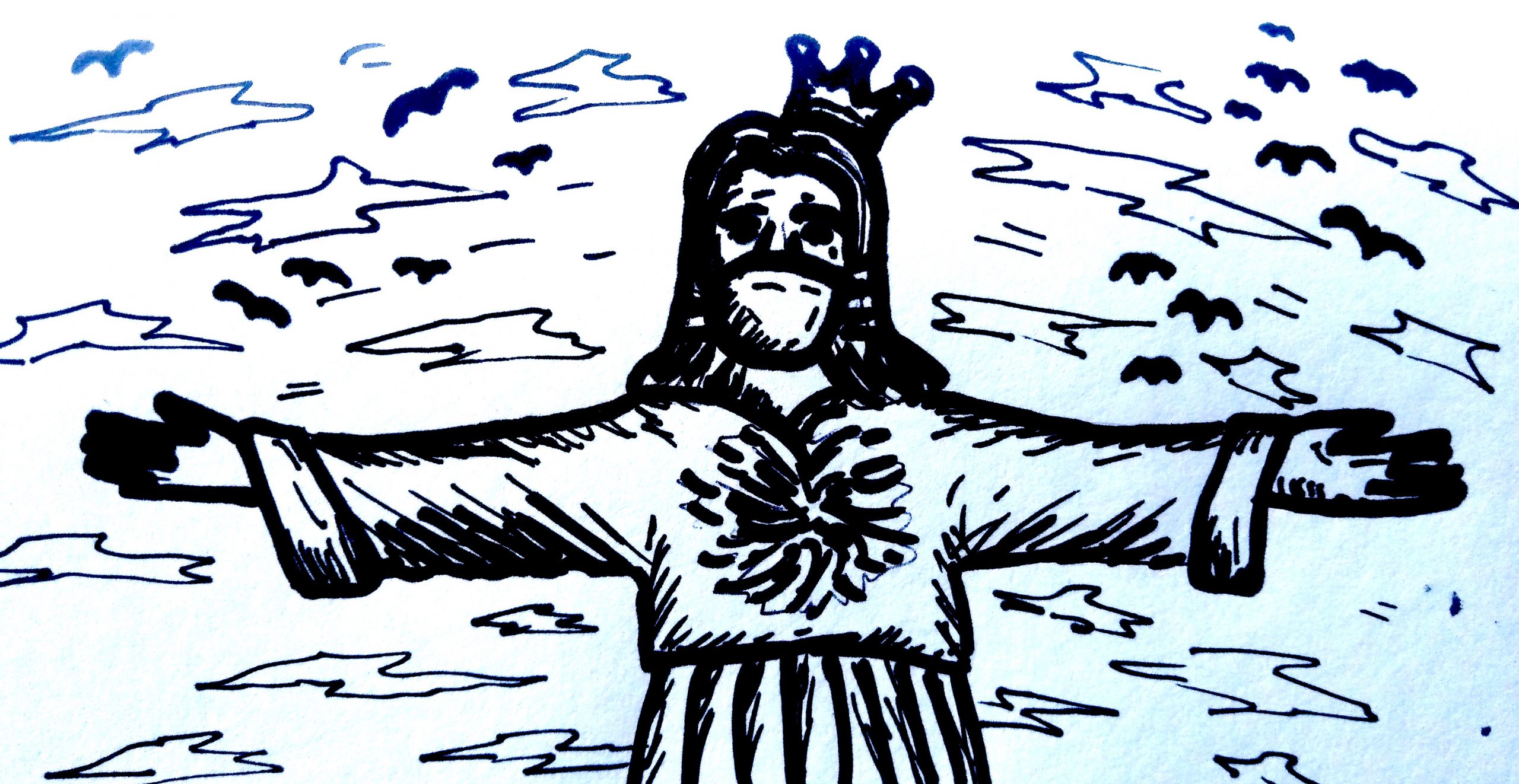 Updated March 9, 22h. It’s been a week since the first case of coronavirus was confirmed in Portugal. A lot of things have changed since then. 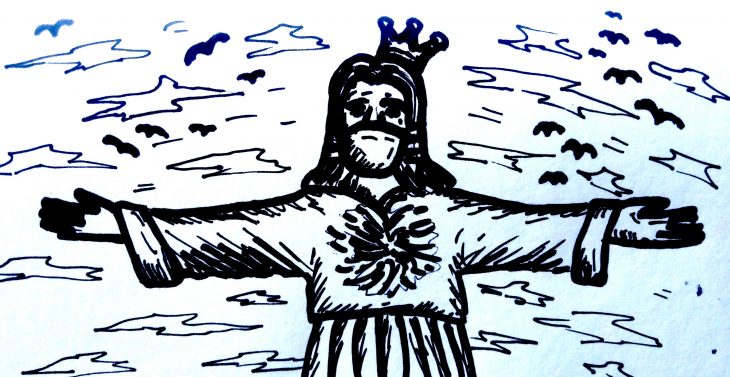 António Lacerda Sales, the secretary of the state for Health, announced the updated number in a press conference with Graça Freitas, the director-general of health, according to Diário de Notícias.

Of the nine new cases announced, two are in Lisbon and the Vale do Tejo area and seven are in the north of the country. There are now 339 suspected cases, compared to 281 announced on Sunday evening.

Freitas said that the containment measures appear to be working but warned that the “behavior of the virus may change,” according to DN.

In addition, Marta Temido, the Portuguese minister of health, has said that all open-air events with 5,000 or more people will be suspended or postponed, according to Record. Meanwhile, organizers may want to postpone or cancel open-air events of more than 1,000 people, as well as events of more than 150 people if they were to take place in municipalities that have cases of transmission.

Meanwhile, the President of Portugal, Marcelo Rebelo de Sousa — who self-isolated this weekend over concerns that he had contracted the virus — has tested negative, the president’s office says. But Marcelo will continue working from home for two weeks as a precaution, according to his office.

Portugal’s national health service recommends that anyone in the country feeling symptoms — regardless of whether they’re over concerns about coronavirus or other ailments — first contact its hotline, SNS 24, at 808 24 24 24.

But the Associação Nacional dos Médicos de Saúde Pública has put together handy interactive maps about the spread of the virus — and a chart about the response on SNS 24. On the evening of March 8, the chart showed 2,800 unanswered calls over the previous 24 hours, which represented 23.4% of the total. Update: On the night of March 10, that figure surged to 15,100 unanswered calls, compared to 10,900 that were picked up. The Health Ministry on Friday had blamed the problem on its contract with telecom operator Altice, which has a limit of 10,000 calls, according to Correio da Manhã. That contract is also due to expire in April.

School and University Closings in Lisbon

Several schools and universities have suspended classes around the country. In the Lisbon area, this includes Escola Secundária da Amadora and Escola Básica 2,3 Roque Gameiro, also in Amadora, which have been closed until March 20 after two new confirmed cases of coronavirus, according to TVi24. In addition, the Medicine Faculty of Universidade de Lisboa has suspended classes that could expose students, according to Sapo24.

Closings in the North

The country’s Council of Medical Schools, however, has recommended the closing of all medical faculties around the country to prevent their students and professors from exposure to infected patients, the paper writes. And Câmara do Porto has suspended extracurricular activities by all schools, according to Sapo24.

In addition, DGS has ordered the closing of all schools in Felgueiras and Lousada, the municipalities with 19 of the 23 confirmed cases in the north of the country, according to DN. And various public activities have been suspended in the two municipalities, including in gyms, libraries, pools, and cinemas, the paper writes.

The north of the country has seen the bulk of the cases, with 646 people identified as having come in contact with infected patients, according to DN.

First Case in the Algarve

In the south of the country, after a 16-year old student was diagnosed with the virus — the first confirmed case in the Algarve — Escola Secundária Manuel Teixeira Gomes has closed its doors as well, according to Público. The student had been on vacation in Italy with her family, including her mother, a teacher who had contact with other schools in Portimão, according to Público. Health authorities are testing the family and weighing the possibility of closing other educational facilities in the city, the publication writes.

Organizers have also canceled or postponed several major events in Portugal. Urban Future, which was expected to have more than 3,000 participants as part of the Lisboa Capital Verde Europeia 2020 initiative, has been canceled, following cancellations from partners and speakers, while the tourist fair Bolsa de Turismo de Lisboa decided to postpone their event, according to Jornal Económico.

Lisbon’s Fundação Champalimaud has postponed a conference dubbed “Metamorphosis: science, information, planet and democracy,” scheduled for March 12 and 13, while organizers of the real estate conference Portugal Home Show decided to cancel their 2020 event in Porto.

Private Health Facilities Charging up to 200€ for Coronavirus Tests

Several private health clinics are offering coronavirus tests. The laboratories of Dr. Joaquim Chaves are charging 101€ for the test and are making them available without a prescription from a doctor, according to Público.  Germano de Sousa clinics in Lisbon and Porto, meanwhile, are charging 200€ per test, the paper writes. Other health centers offering tests for between 100€ and 200€ include Unilabs and Synlab, according to Expresso.

Closing Borders or Quarantines Are Possible

Portugal is also ready, if necessary, to close borders and impose a quarantine similar to the one in place in Italy, according to Patrícia Gaspar, secretary of State for Internal Administration, the radio station TSF reports.  She said that such drastic measures are not currently necessary, thanks to the solidarity and cooperation of the Portuguese thus far.

Italy imposed a quarantine on around 16 million people in the north of the country until April 3, requiring them to obtain permission before travel or face fines and up to three months in prison — the first such restriction on movement since World War Two, according to the BBC. The country has also shut down all schools, universities, museums, cinemas and pools in the areas under strict quarantine.

Around the world, more than 111,000 people have been infected and around 3,890 have died, according to the World Health Organization.

How to Stay Safe

There are several things you can do to lower your chances of contracting the virus. First and foremost, health authorities around the world recommend washing your hands frequently with soap or with alcohol-based hand rubs. You should also make a concerted effort to avoid touching your face, particularly your eyes, nose, and mouth.

If you cough or sneeze, you’re urged to do it into a tissue, which should be immediately disposed of, or, if you don’t have a tissue, into the inside of your elbow.

People in Portugal exhibiting symptoms of the virus — which include coughing, shortness of breath or difficulty breathing and a fever, and can appear two to 14 days after exposure — should contact the health hotline SNS 24 at 808 24 24 24 rather than going straight to the hospital. The hotline is available around the clock, seven days a week, and pressing 9 will get you access to an English speaker. It’s free, except for whatever you’re charged by your mobile carrier. But be warned that the hotline has had thousands of unanswered calls, as reported above. We suggest calling again rather than running to a hospital, however.

In Italy, authorities recommend that people don’t sit closer than a meter away from each other when visiting restaurants. Other health authorities have also recommended avoiding public transportation, taking a bicycle instead if you ride one. We have plenty of bike-sharing options in Lisbon for close to nothing. Update March 19: EMEL has suspended its bike-sharing program Gira, unfortunately. There’s still Uber, we believe.

Elbow Bumps? Not So Fast

In some parts of the world, people have stopped shaking hands and kissing each others’ cheeks, opting for things like the corona elbow bump, which is apparently not so safe after all, according to the top man at the WHO.

– When greeting people, best to avoid elbow bumps because they put you within 1 meter of the other person. I like to put my hand on my heart when I greet people these days.

Should I Buy a Ton of Masks? Short Answer: No

The sales of masks soared more than 1800% in Portugal in February, according to Público. Unscrupulous types have been peddling masks for 50€ on OLX.pt, the Portuguese online marketplace for used and new goods, according to Jornal de Notícias. Everyone in China and South Korea seems to be wearing one or wanting to buy one.

The WHO says they are — but only for those who are coughing or sneezing, so they can help prevent spreading whatever they have to others, and for those who are taking care of someone suspected of having contracted the virus. And it says the use of masks is only effective when combined with regular hand-cleaning.

The organization adds that those who decide to wear a mask need to know how to properly put it on, take it off, and dispose of it.