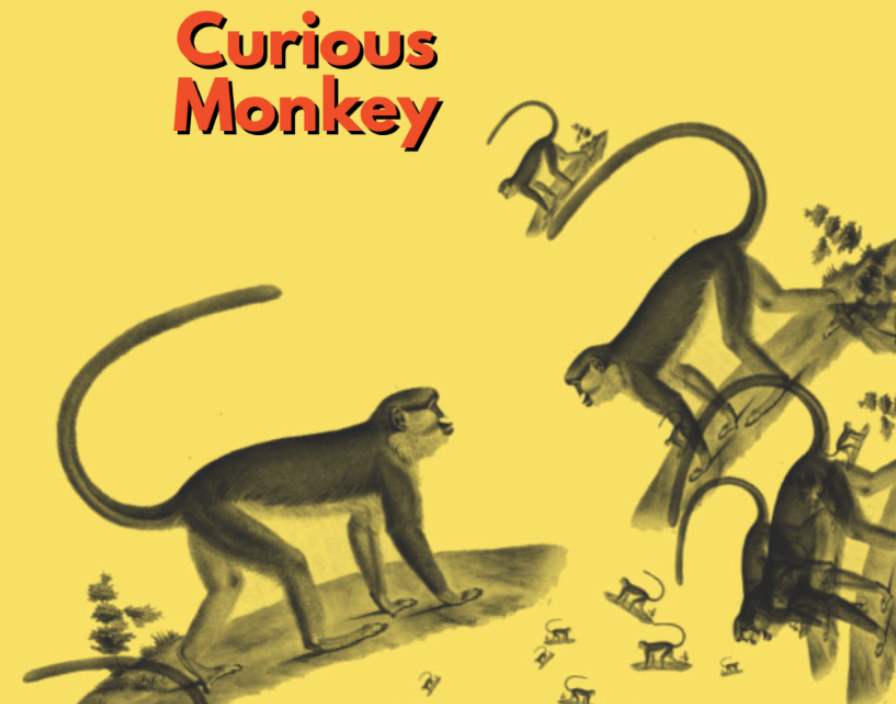 Curious Monkey is Going Bananas Near the Sé

Curious Monkey intends to celebrate the local while integrating the new, right here in Lisboa.

Curious Monkey is a gallery, workshop location, event space, and small café near the Teâtro Romano founded by Liz Melchor, Linda Koncz, and Catarina Jerónimo just before the pandemic hit Lisbon. Now, a few months later than expected, they are very excited to take their concept “to celebrate the local while integrating the new” and give it a twist to serve creative souls living in this new reality. They’ll be the first to admit that moving forward with all the new rules and regulations has turned their straightforward concept into a work in progress, but that hasn’t stopped them from steaming ahead!

I chatted with founders Liz and Linda to hear more about the project, the struggles they’ve faced opening a community space during a pandemic, and what they want to bring to Lisboetas of all backgrounds.

“We found the space on Sao Mamede and it was completely gutted…they were renovating it. So we signed the lease- we even prepaid a few months of rent and this was in March,” Liz says. “We were kind of struggling about whether we do it or not, and we just decided…well, why not? In July we built out the cafe and for August we’re gonna just run [it] while we figure out how we can continue on to do what we wanted to do- like be a community art space…and, to be honest, we’re just figuring it out as we go.” 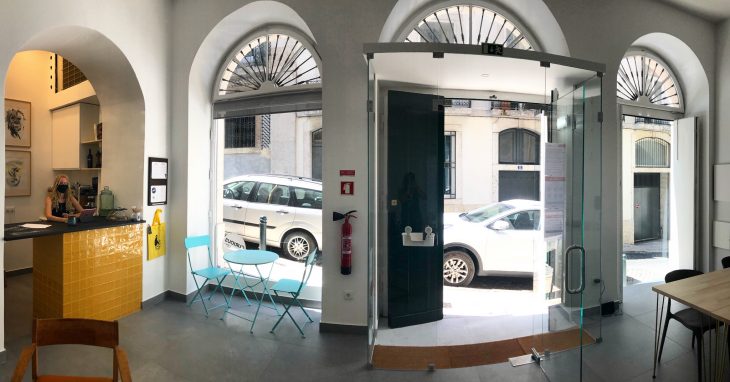 Sort of like their name, Curious Monkey, which came about after the trio learned about the Associaçao na Hora option when registering their business. They opted to choose a name from the list of those already established by the registos office, which speeds up the process considerably (fun fact: Atlas was almost Jungle Bubbles). When they attempted to register, the name they originally wanted wasn’t there. Melchor says, “Katarina looked and she saw Curious Monkey, and we thought it fit us because we wanted a playful, unpretentious, un-precious place to promote creativity and hang out. Plus, monkeys are fun.”

What is Curious Monkey all about?

“Sometimes communities can stay a little bit separated, so we wanted to offer a space where things aren’t so separate,” Liz says. To this end, Curious Monkey is building out its library of Portuguese and translated texts about Portugal. “We established a good relationship with the Aljube Resistance Museum and we roped them into giving a talk about what went on during the resistance so we can celebrate and integrate and allow foreigners to delve deeper into Portuguese culture.”

From the beginning, the trio wanted to offer writing, storytelling, and drawing classes, which they think they can still move forward with as long as size restrictions are taken into account. Liz comes from the storytelling background and established the popular English-language storytelling meet-up group right here in Lisbon. Each session has a different theme and is comprised of a series of seven- to eight-minute stories told by anyone who wants to contribute. When asked if the Monkeys were thinking of moving their platform to a virtual space, Liz said, “So much of the value of storytelling is having human interaction, so I have zero desire to run [it] digitally…Even though right now it might be a better business idea, zoom chatting lacks that thing that a community space is meant to deliver.” She went on to liken virtual events to a gluten-free croissant: “It’s not good. It’s a substitute. It kind of looks like it but it lacks something very fundamental.”

Linda added, “Also if you have a zoom chat with someone, you get really tired. There’ve been studies that show that the brain is working harder to constantly try to figure out the gesticulation and the body movement you aren’t seeing.” Perhaps saving all one’s energy for artistic pursuits is wise advice.

For these Curious Monkeys, it’s best, for now, to keep their events in-house while implementing social distancing and safety measures to keep the community sharing ideas and stories rather than COVID-19.

Who are these Curious Monkeys?

Liz Melchor is a writer, journalist, photographer, and clinical psychology PhD drop out from San Francisco who moved to Lisbon a year and a half ago. She runs Storytelling Lisboa.

Linda Koncz is from Budapest, Hungary. She is getting her PhD in cinema studies with an emphasis on dreams, runs Dreampire, a dream social network that has recorded over 2000 dreams of different people around the world.

Catarina Jerónimo is an alfacinha and medical journalist who is obsessed with literature and combing the racks of Humana and self-described part-time treasure hunter in Feira da Ladra. She is driven to introduce the different shades of Lisboa’s soul to those who have chosen the city as their home.

What can we expect for the future?

During the month of August, the trio will have their café open as they work to build their library of Portuguese literature both in Portuguese and in translation. The art show will be up this week featuring the works of Atlas’ favorite São Tomean artist Valdemar Dória, and toward the end of the month, there will be a storytelling class. They’re also hosting a proper grand opening on the 15 of August where people can drop by and monkey about without the dog and pony show of a big event.

In October, we can look forward to a photography and a poetry in a second language workshop in addition to whatever other crazy ideas these guys decide to put together. Down the pike, they’ll offer kids programs like Sunday morning art classes in partnership with the magazine Revista Dois Pontos. They are always open to new ideas and promoting and supporting people with good ideas, so they invite you to reach out! They’re trying to run a business during a pandemic after all, so any kind word will speak volumes.

Drop by in person to say hi and have a coffee, like them on Facebook,  Instagram, or send them a quick email at ola@curiousmonkey.pt. If you’re interested in leading a workshop, you can find out more information here.