This route won't necessarily show you everything, but it will surely guide you through way more than just the highlights. Start from the capital or jump in at any point in the loop: here's an idea of what not to miss in each of these stops, but how long you stay or what you skip is up to you.

There are many incredible sights around Portugal that are worth making a special weekend trip to visit, but what if your trip could be a little longer and/or your mode of transport is one you could technically live in?

When I first moved to Lisbon from New York, I met an adventurous local who gave me one of the best gifts I’ve received to date: a road map of Portugal with points of interest marked in pen alongside a few words scrawled here and there explaining why I needed to stop there. This prized possession is the inspiration for this tour of the country. 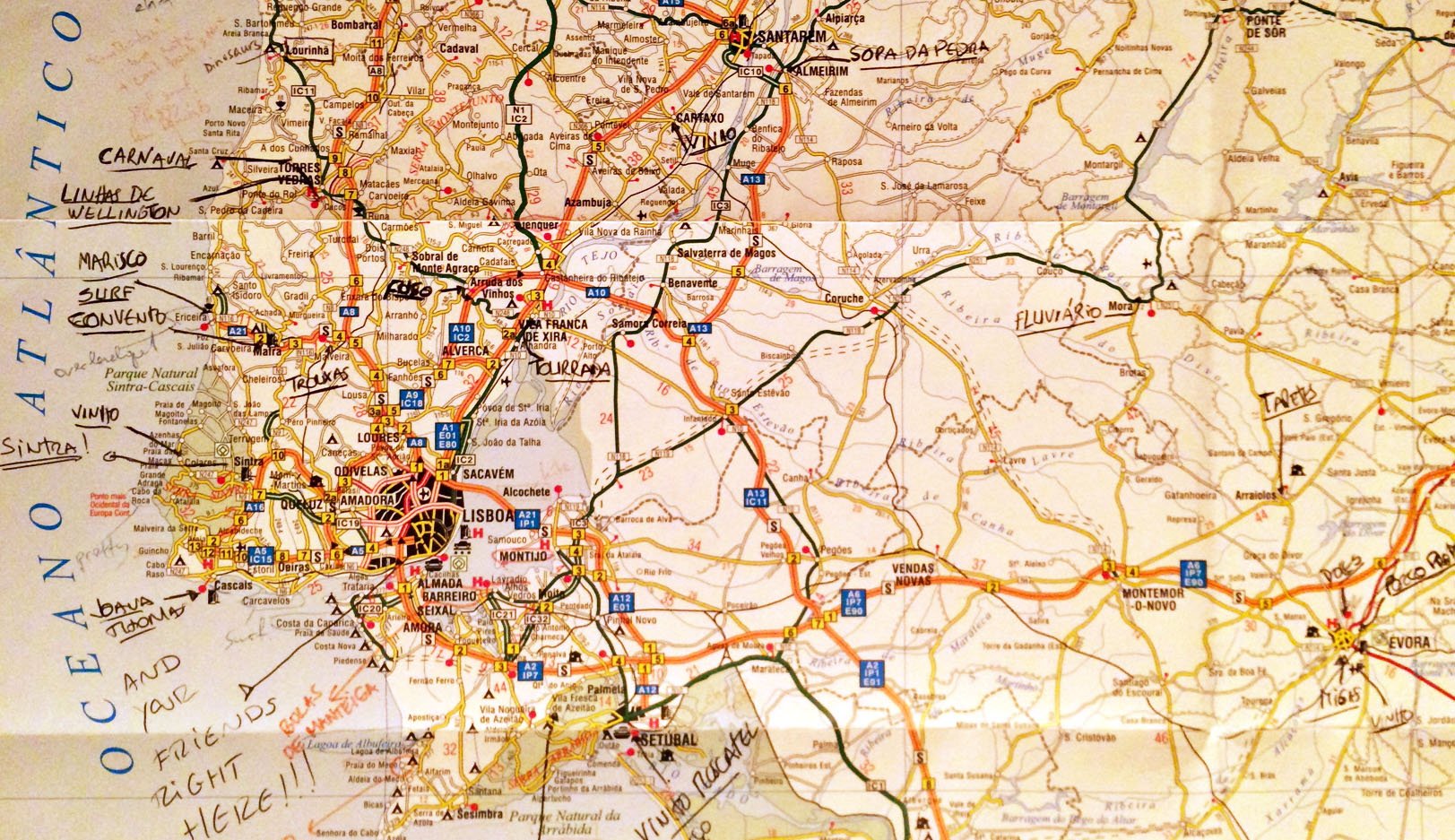 From Lisbon to Caminha

Sintra: Check out the caves and descend into the well at the masonic wonder Quinta da Regaleira while wallowing in the supernatural side of things. Alternatively, or in addition, bask in Disney-like hypercolor hubris at Palacio Pena — but if you only have time for one, I recommend the former. Into ornate gardens? Monserrate Palace has an amazing one.

Mafra: The Mafra National Palace was built in 1755 and was where the last king of Portugal, Manuel II, left for exile in 1910, following the proclamation of the New Republic. It might not sound like much, but trust me, it is worth a stop…especially to take a peek inside the royal library.

Peniche: This is the place to get your seafood on at Garrett McNamara‘s favorite beachside restaurant, A Celeste, and check out Praia dos Supertubos: the most tubular waves on the coast. Stop by the lighthouse and Fortaleza de Peniche on Cabo Carvoeiro. Take a 10km boat from the port out to Berlengas Archipelago to see some puffins and a crazy cool fort.

Óbidos: This hilltop town, known as “the Queens’ village,” is popular for its chocolate festival (in February and March) and its ginginha (cherry liqueur that you can drink from a chocolate cup). Its charm can be attributed to its well-preserved medieval streets, squares, walls, castle, and our favorite, the church that has been turned into a bookstore.

Nazaré: Aside from being famous for its dried fish and the seven skirts (sete saias) worn by traditionally dressed women, this town is known for its Black Madonna called Our Lady of Nazaré and the legend that goes with her. Not into that kind of miracle? It might interest you to know that this is also the site of the biggest wave ever surfed. Seeing is believing.

Leiria: The picturesque Castle of Leiria is worth more than a thousand words as, in my opinion, it’s one of the most beautiful in Portugal. Inside, you can visit the ceiling-less Church of Nossa Senhora da Pena, get a killer view from the former royal palaces, and travel back in time inside the keep.

Ruinas de Conimbriga: You don’t have to drive all the way to Pompeii to get a glimpse of Roman life at 139 BC. It certainly isn’t as expansive nor was the town buried under volcanic ash, but the impeccably preserved Roman ruins at Conimbriga are no less jaw-dropping, especially the mosaics, atriums, and the museum itself.

Coimbra: Once the country’s capital, the city is best known for its University, one of the oldest in continuous operation in the world. Visit the 18th-century Baroque Biblioteca Joanina located in the main square of the campus. The 60,000 ancient books inside are protected by a small colony of bats, and there is a dungeon in the basement.

Praia de Mira: This fisherman village has some of the best no-frills seafood in the country. The town is basically one long unimpressive street that dead-ends into a long sandy beach perfect for sunbathing, swimming, and beginner-style surfing. There are two official campsites in town, both of which are cheap and generally uncrowded.

Aveiro: If you have ever seen pictures of colorful vertically striped houses (palheiros) against a beachy backdrop, they were likely taken here. The boardwalk along Praia da Costa Nova is the best place to see them. If you are more into iconography and golden altars, you won’t want to miss the Museum of Aveiro in the former St. Joan’s Convent.

Porto: The second largest city in Portugal inspired JK Rowling to write the famous Harry Potter series and, from the uni students in traditional black robes to the incredible Livraria Lello Bookshop that inspired Flourish and Blotts, it’s no wonder. While you’re in the land of the dragons, don’t skip chowing down on the traditional francesinha (Bourdain swears by O Afonso) or at least a Tawny with a view of the Douro river, the Dom Luís bridge, and the various port winemaker signs popping up along the water’s edge. Take a port wine tour (I recommend Cockburn’s, and not jus for the name — the “ck” is silent), ride the Guindais funicular up the hill, check out the incredible azulejos at the São Bento railway station, and see if there’s a show you’d like to attend at the Rem Koolhaas-designed Casa da Musica. There’s lots to see and do in Porto, so prepare yourself to be charmed into staying at least one more day than you planned.

Guimarães:  This medieval-turned-modern town is the birthplace of the Portuguese nationality, and is likewise called cidade berço (the cradle city). Ready for a feeding? Try the traditional tortas de Guimarães (Guimarães pies) and toucinho do céu (bacon from heaven) and walk it off alongside the beautiful Castle of Guimarães.

Braga: Sure, it’s an industrial town sprawling from the walls of the medieval center, but walking around the old town and under the Arco da Porta Nova archway is a treat. Climb the elaborate 17-flight stairway to the neoclassical Bom Jesus do Monte church along the various stations of the cross. There are many churches in Braga, but this is the one to see.

Viana do Castelo: Drive over Eiffel’s bridge into this charming town and grab a coffee along the Limia river. Take the funicular uphill and check out the view of the town from the top of the dome at the Santuário de Santa Luzia. Walk down the stairs and back to the center to pick up the famed Viana heart filigree pendants and earrings right from the source.

Caminha: Head for the 16th-century Torre do Relógio clock tower to find the center of town: the Praça Conselheiro Silva Torres. If you come hungry, you’re in luck, because all the restaurants here serve enormous portions of boar, goat, duck, you name it. This pretty little town is along the Portuguese way to Santiago do Compostela, so you’ll likely see pilgrims walking toward the boat across the River Minho to Galicia. 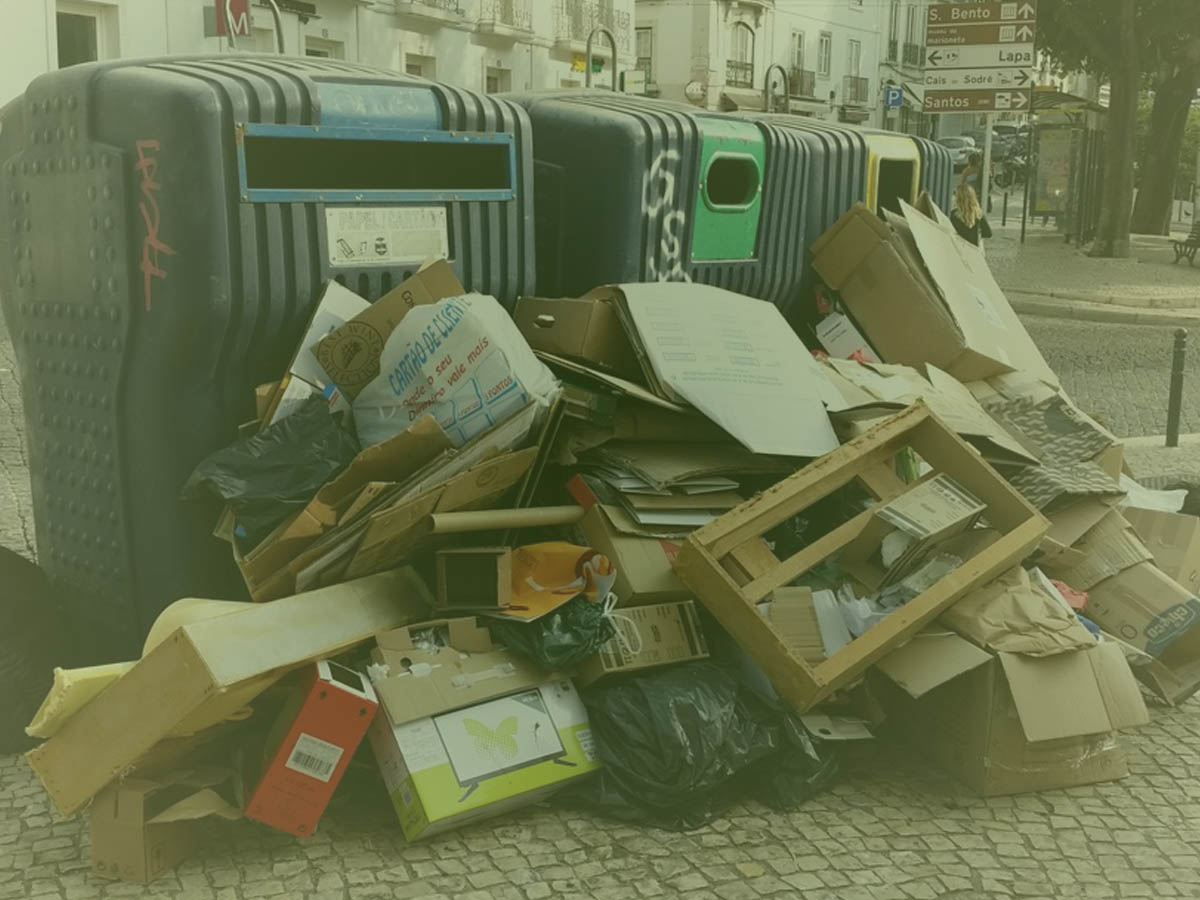 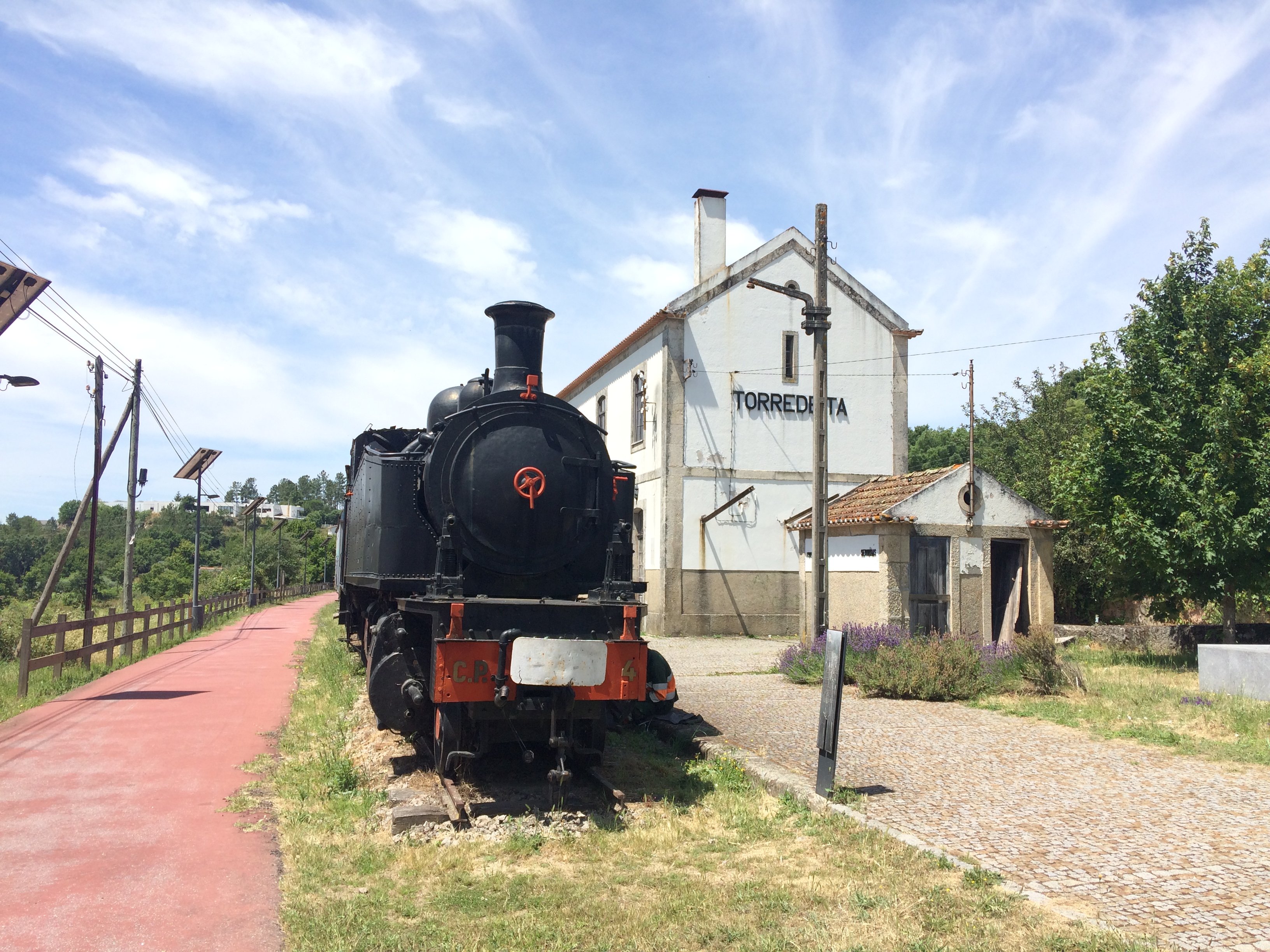 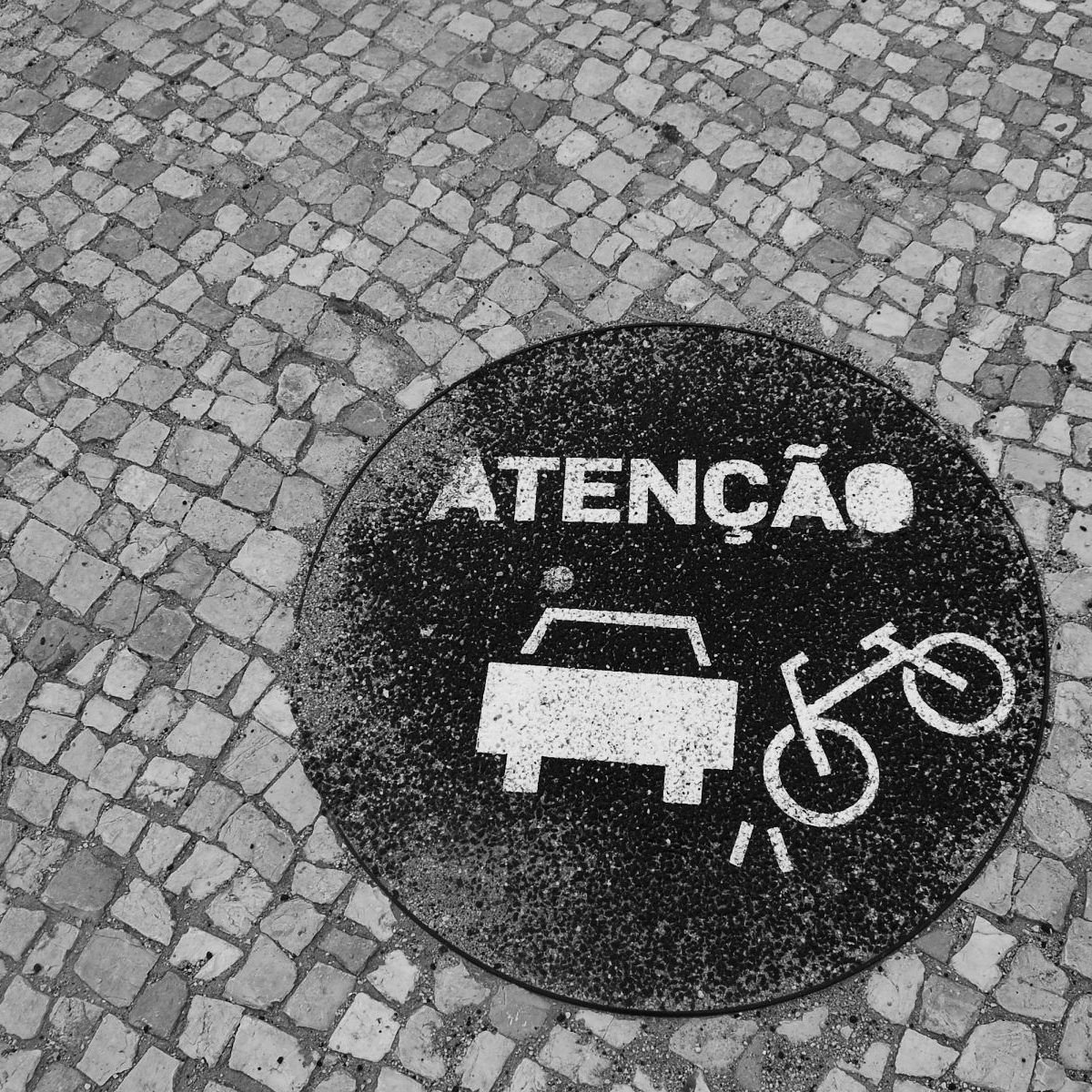 Bicycling in Lisbon is fantastic until you get to the hills, or cobblestones, or tram lines, or potholes, or in the way of a taxi, but the moment you feel 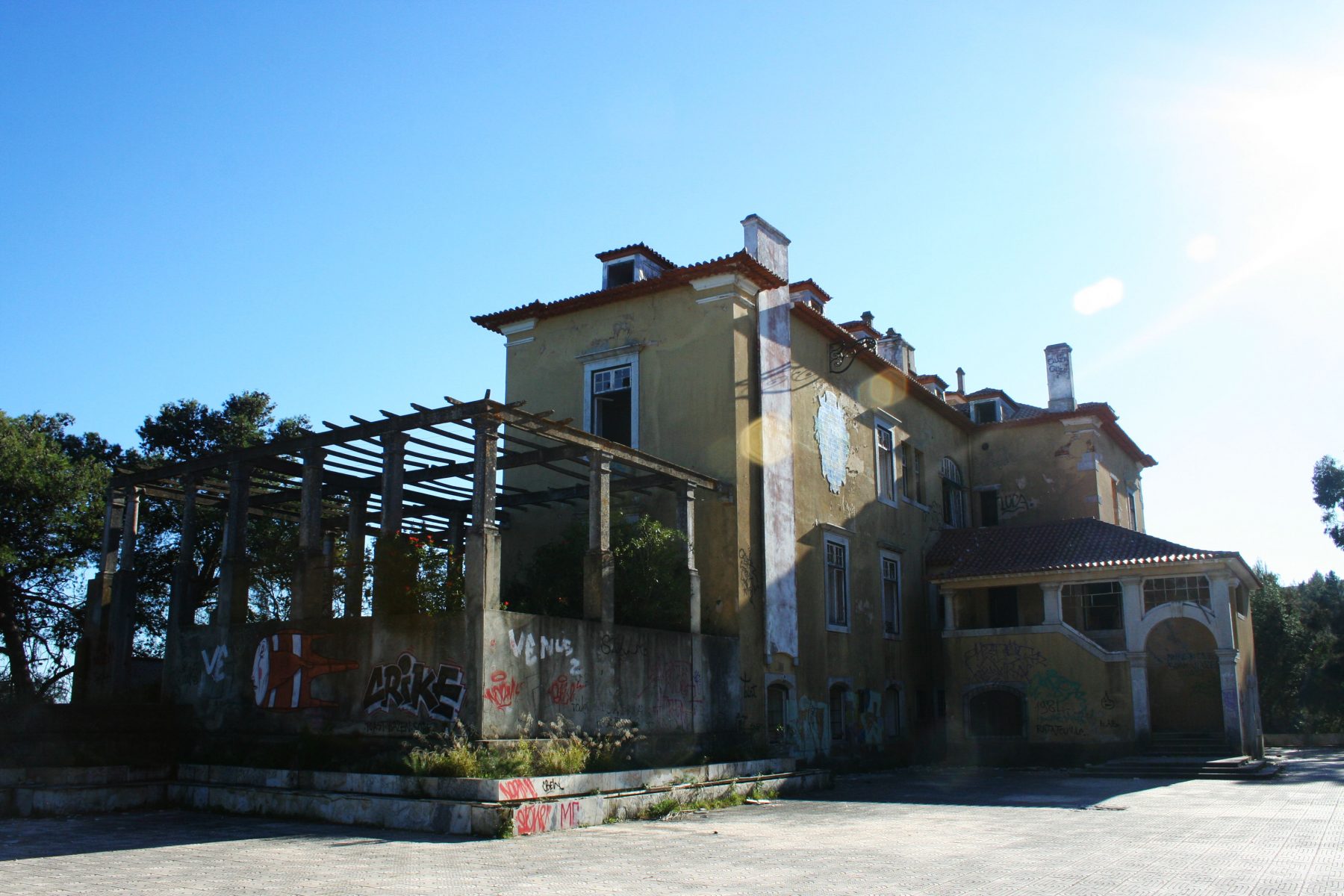 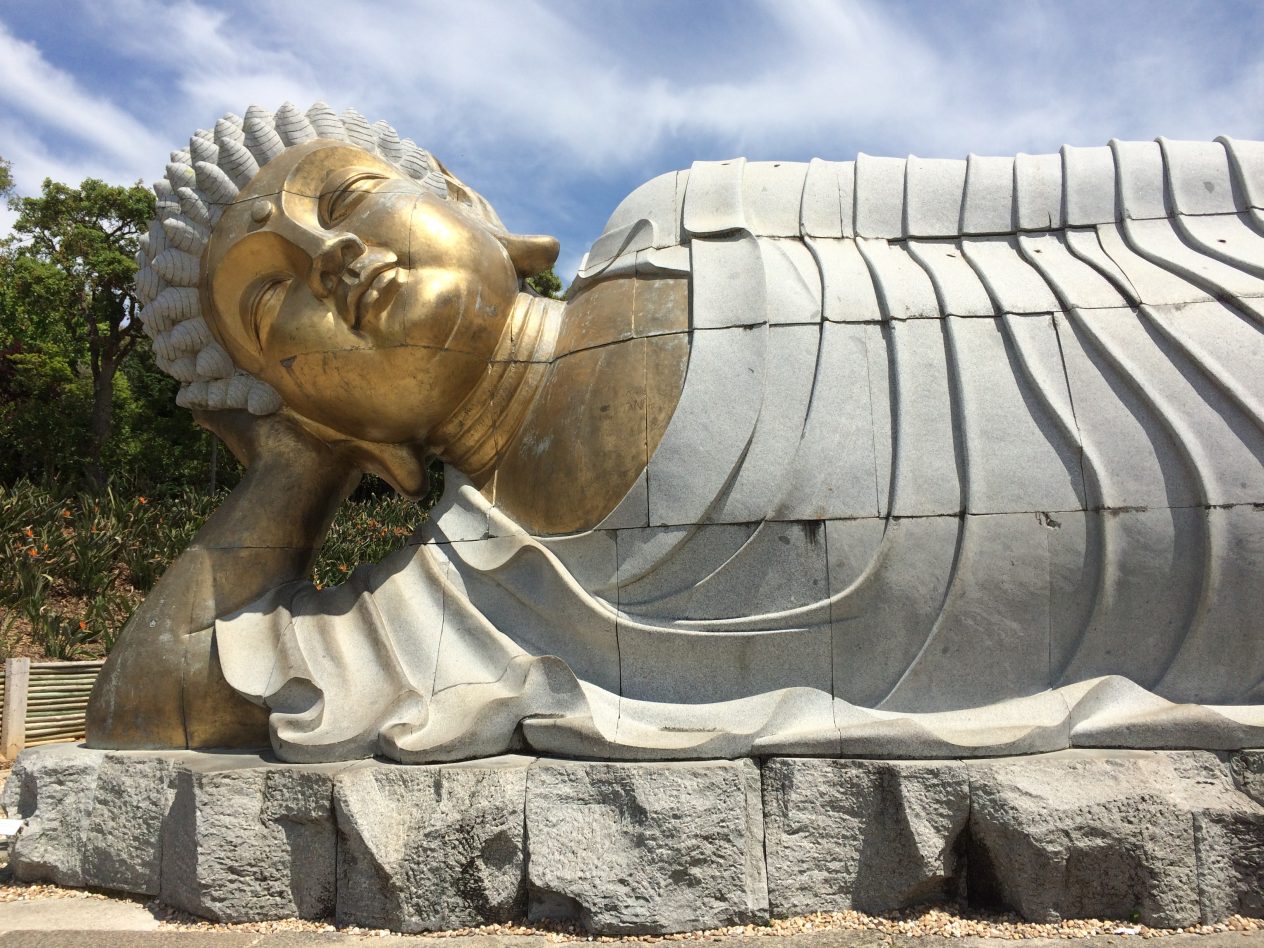 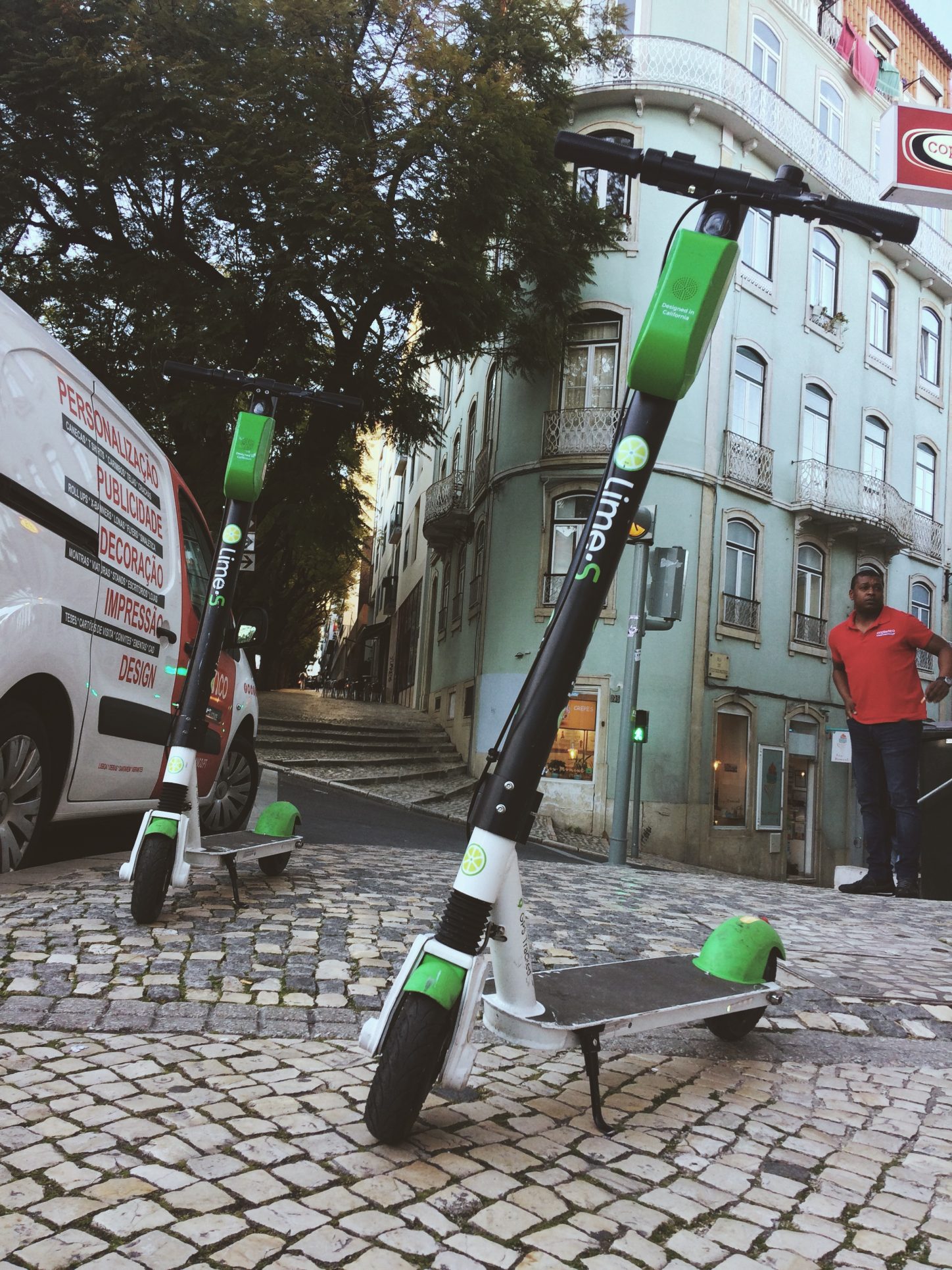 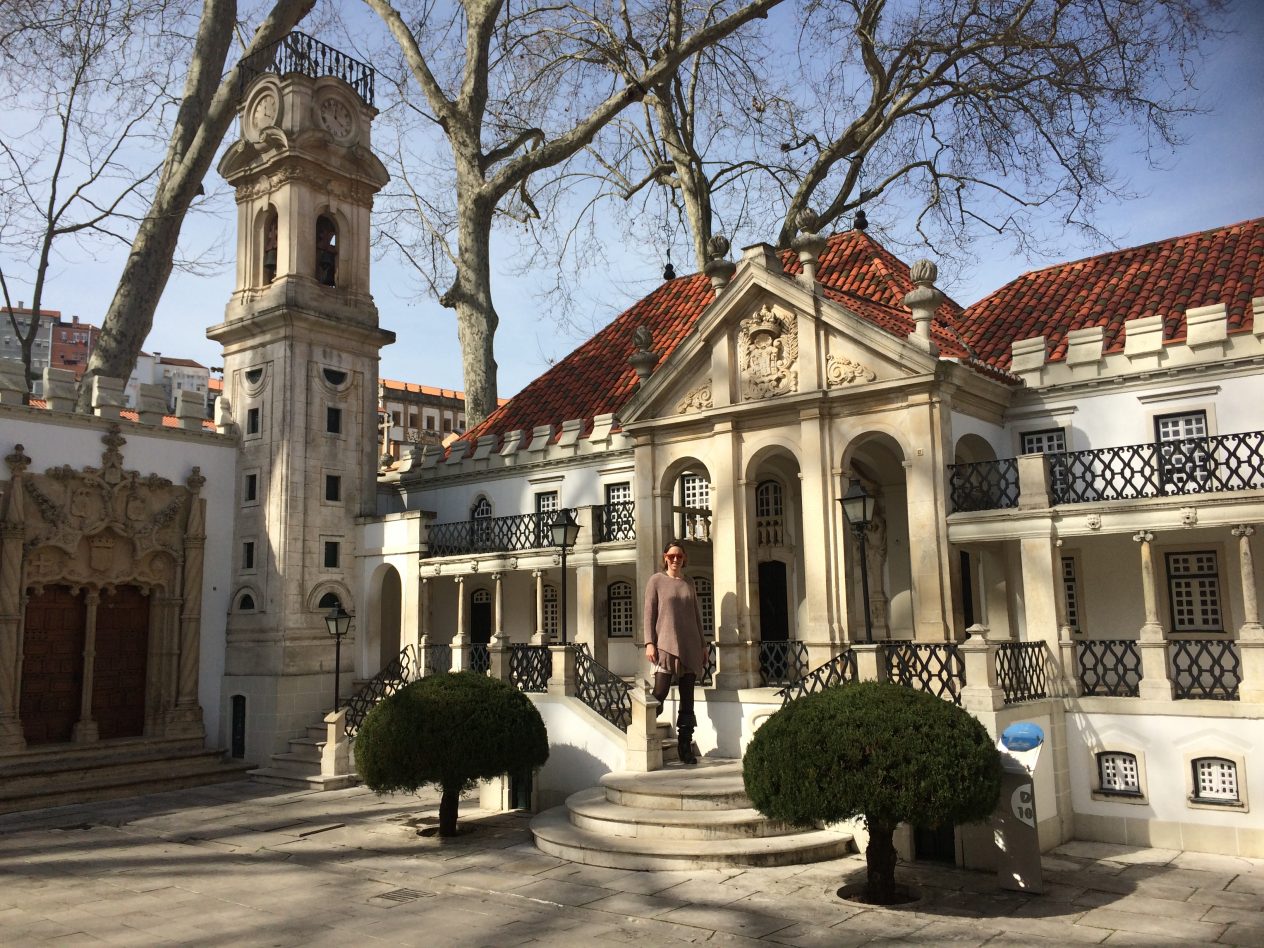 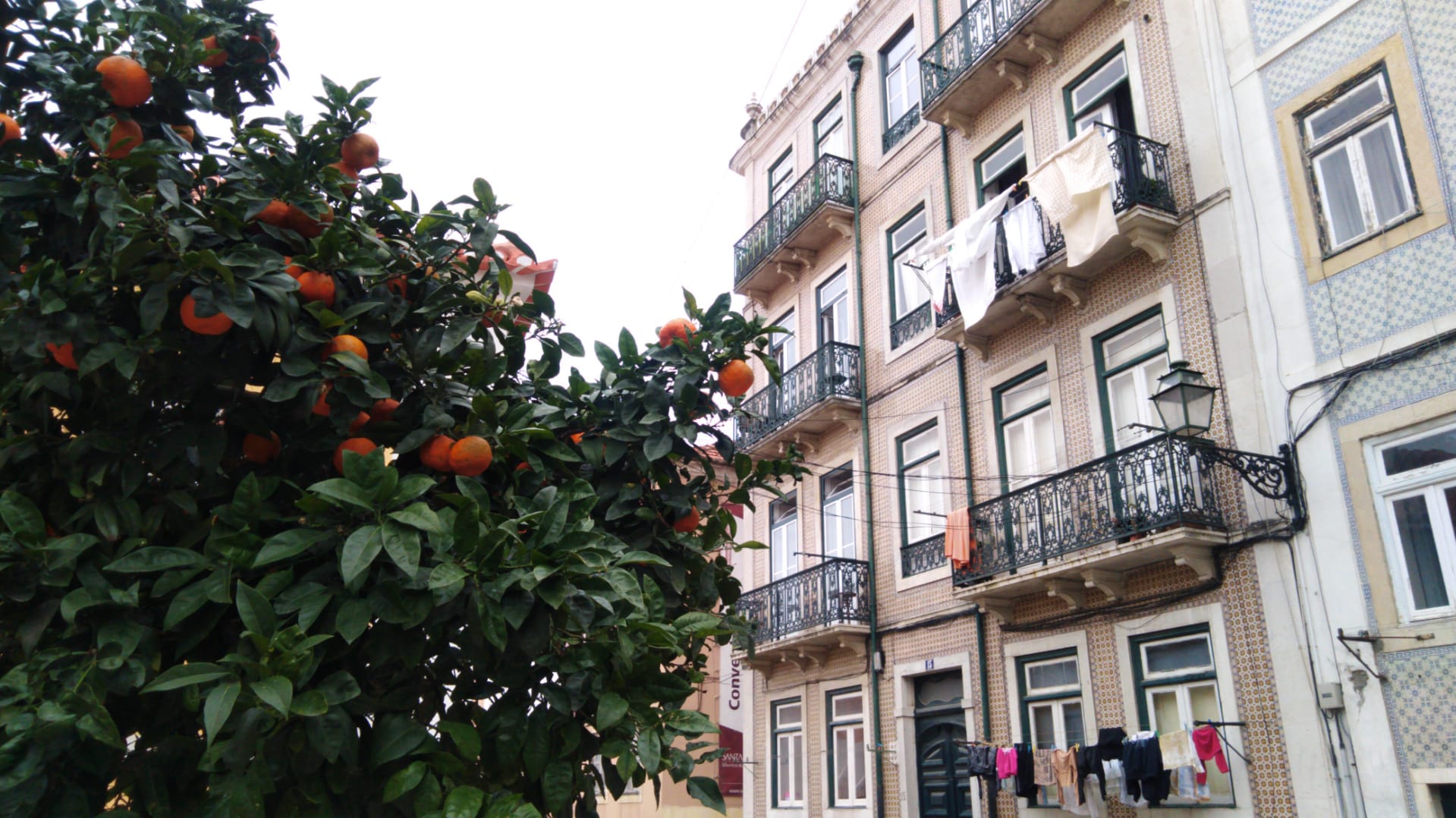 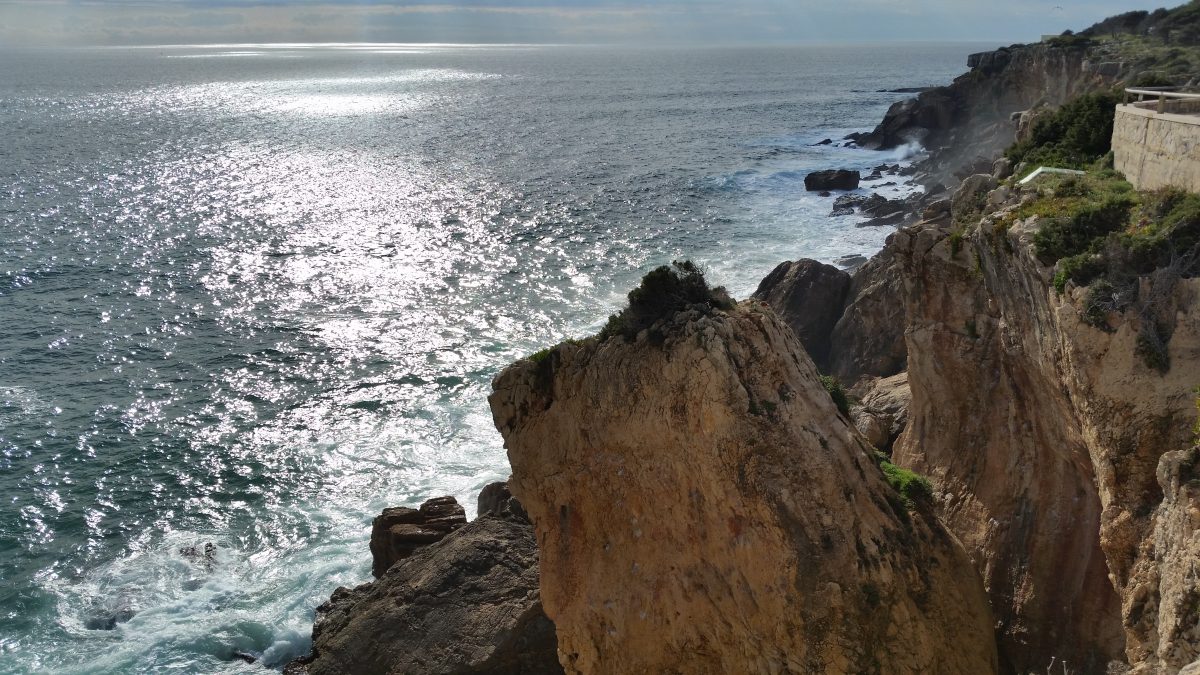 Rock Climbing Around Lisbon — and Beyond, a Part II of Sorts

Our favorite crag has been getting crowded so we’d like to reveal a few more places you can climb outdoors within just an hour’s drive from Lisbon.