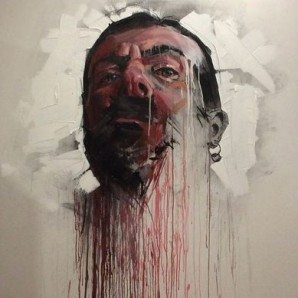 One of Many Expressions: A Q&A with Emanuel de Sousa

Emanuel de Sousa’s art might not be the kind you are used to if older, more traditional painting is your thing. His style is super-contemporary in its large format, bold use of color, and chunky brush strokes. He got his training at the Instituto Superior de Arte e Design in Madeira and at the Faculdade de Belas Artes in Porto, and he’s no stranger to Lisbon.

Atlas came upon this Maderian artist last year in April at his solo show the Jorge Shirley gallery off of Rua São Bento and fell in love with his work. It is daring and a concentrated exploration, focused on using paint almost as if it were clay intended for a sculpture.

Sousa currently lives in London, so naturally, Atlas assumed he would be missing Lisbon’s sunny weather right about now. We just had to reach out to him so he could tell us about his work, his inspirations, and his favorite place to get a Caldo Verde. 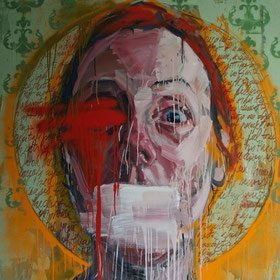 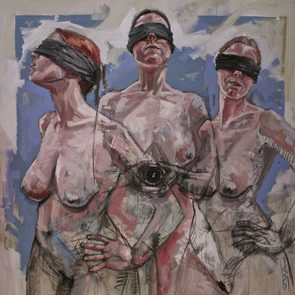 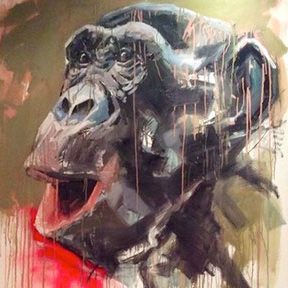 You lived in Lisbon for five years – what do you miss about it?

I left a few very good friends and many memories, even if it was only a short period. I lived in Bairro dos Atores in Alameda. I love that area because it still feels like the old Lisboa – the familiarity between neighbors, the great restaurants, the cold beer during the summer days, and the big houses where you could have a good-sized studio to work in – I miss that most of all!”

Can you tell me what painter has inspired your strokes, use of color, and arrangements on the canvas?

I came across Lucean Freud’s expression way back in 1996, checking a publication magazine back in University. Immediately, it felt right and comfortable, those hard brush strokes, that flesh, the thickness of the paint and most of all, the real nakedness imposed by his tyrannical brush. I fell in love right there with that expression. For me THAT was painting!

Immediately, it felt right and comfortable, those hard brush strokes, that flesh, the thickness of the paint and most of all, the real nakedness imposed by his tyrannical brush.

But Paula Rego was the first artist that opened my mind for composition and strong elements/characters, for the psychological tension and elaborate feelings, the dark side of imagination had a place in fine arts and it mattered, it was important! I felt how amazing and subtle an artist could be with such a deep scope on human nature.

Have you undergone a big artistic change so far in your career, or even your own Renaissance?

I think I’m still in my first years of Renaissance. Only now, I’m starting to feel that natural evolution of all these past years has provided a good groundwork where I can create. I have a different perspective when we talk about career, evolution, and maturing. A great teacher named Eduardo Batarda once told me that an artist is made out of experience and that you would need many years of work to start to understand yourself and what your part in this journey is. I think, no, I believe that now is the start of a period where my painting will weight more, both aesthetically and socially – or so I hope.

While it’s clear that you excel in painting, your canvasses take on a very 3-D quality. Do you like working with any other mediums?

I love wood, ceramics, and I’m willing to try lithography, but I miss sculpture most of all. I miss the clay, the casting process, the gesso. When I’m able to move into a bigger studio I will get back to those mediums, because you can’t translate on a canvas all of the possibilities that clay has to offer.

When is your next solo show here in Lisbon?

The series I’ve been painting under the tittle “One of Many Expressions” still doesn’t have a venue where it will be exhibited, but soon I hope I will announce my next solo show. I still don’t know where, maybe Lisbon, maybe London, but I will be showing soon in both cities. 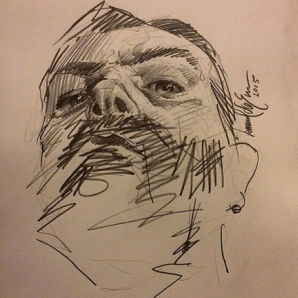 Any advice for young Lisbon-based artists?

Well, if advice was any good, people would sell it! No, seriously, my advice is this: its when times are the most difficult, when you think that all hope is lost and that there’s nowhere to go, you should be stronger! Use that energy to create, to feel alive, even if frustrated with the current situation. I believe that’s when you are most honest and when you realize what your strengths are. Keep working, even if the only thing you have is a napkin and a bica left over. Portugal is a beautiful country and we artists need to do more to matter socially.

Keep working, even if the only thing you have is a napkin and a bica left over.

If you could take a trip to Portugal now, where would you choose and more importantly, what would you eat?

I would travel north to south and would have from Bacalhau, to Iscas, Carne de porco a alentejana, caldo verde, frango assado, sardinhas, francesinha, and the list goes on and on. I wouldn’t settle for one dish, one city. Portugal has the best food in the world! 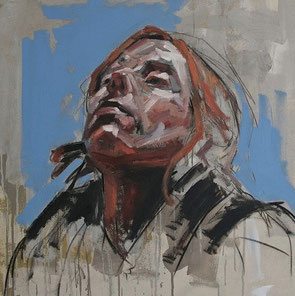 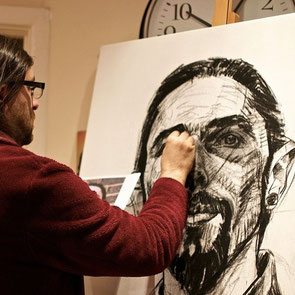 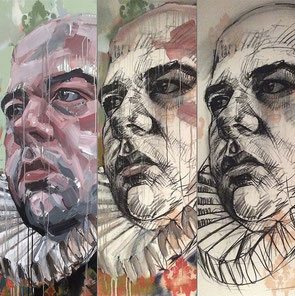 Portrait Series, Sousa at work in his London studio, The Evolution of an Irishman