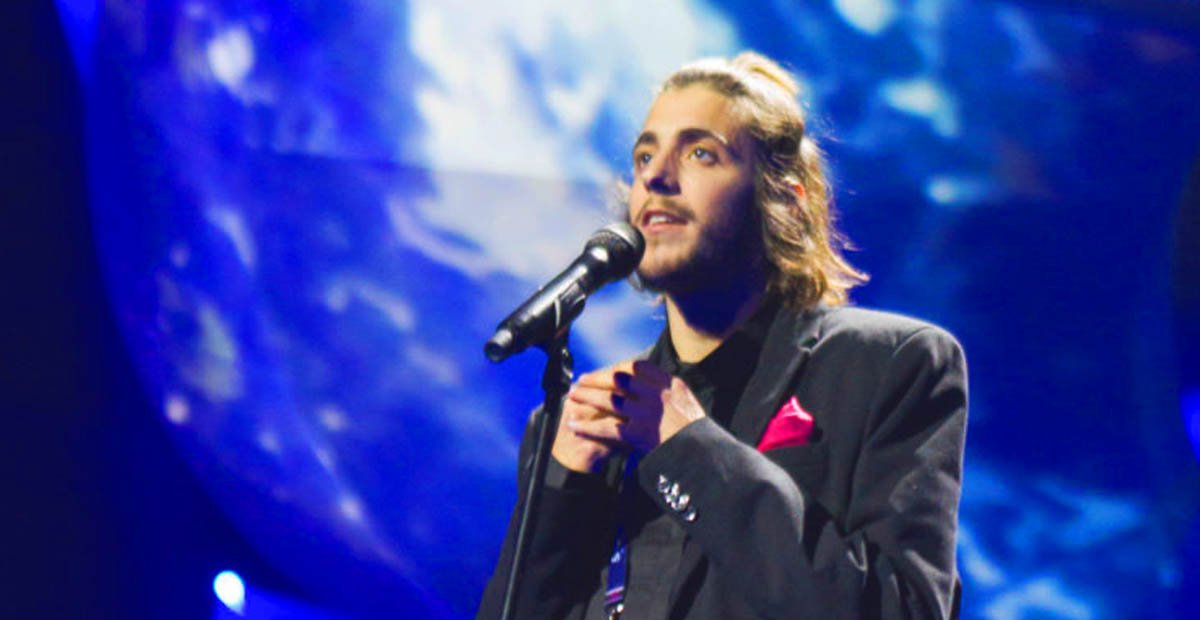 With the Eurovision win, the self-confidence of the Portuguese is higher than it has been in years, especially after winning the 2016 Euro Cup.

This time next year, Lisbon will be the proud host of the Eurovision song contest thanks to a historical win by native Lisboeta Salvador Sobral on Saturday night in Kiev. In direct contrast to the over-the-top pop of his competitors, Sobral’s soft ballad melted hearts worldwide enough for him to walk away the champion, but after his controversial acceptance speech, attitudes toward him, especially by pop music lovers, are changing.

We live in a world of disposable music,” he said. “Fast food music without any content. I think this could be a victory for music with people who make music that actually means something. Music is not fireworks, music is feeling. So let’s try to change this and bring music back.

Sobral’s song “Amor Pelos Dois” won with a record 758 votes (compared to the former record set in 2009 by Norway’s Alexander Rybak with 387 points), so he might just have a point there. Maybe we don’t need breakdancing gorillas or backup dancers running on treadmills (no, really, it happened). Maybe we just need to get rid of the bullsh*t and get back to the basics. Not everyone agrees, of course: some people who didn’t win the Eurovision contest think Sobral’s comments were “below the level of a true winner.”

For those of you living under a rock (or outside of Europe), Eurovision is the longest-running annual song contest started in 1956 and broadcast all over Europe, and, as of last year, in the United States and Canada. The contest is simple: the finalists (this year there were 27) perform their songs and the viewers text or write in their votes. The ballot cast may not be for the performer from your own country.

Winning Eurovision doesn’t mean that your career as a musician will have long-term success, but both ABBA and Céline Dion became household names after their victories in 1974 and 1988 respectively. Aside from prestige, the winner usually receives a trophy, and the winning country is formally invited to host the event the following year.

The self-confidence of the Portuguese is higher than it has been in years, especially after the country’s national team won the Euro Cup Championship last year in 2016. Lisbon is on a rip too: the same night Sobral took the Eurovision trophy, Benfica took their 36th Portuguese title, and their fourth win in a row. And the very next day, news came out that the Portuguese economy is growing faster than it has in a decade.

Let’s just hope it doesn’t go to our heads. Stay humble, Portugal, even if you’re a pop music fan. Atlas can hate fast food music for the both of us.

The lyrics and English translation for the winning song are below.

Love For the Both of Us

If someday someone
Asks about me,
Tell them I lived
To love you

Before you
I only existed
Tired and with nothing to give
My love,
Hear my prayers.
I ask you to come back
To want me again.

I know
It takes two to love.
Maybe slowly
You can learn again.