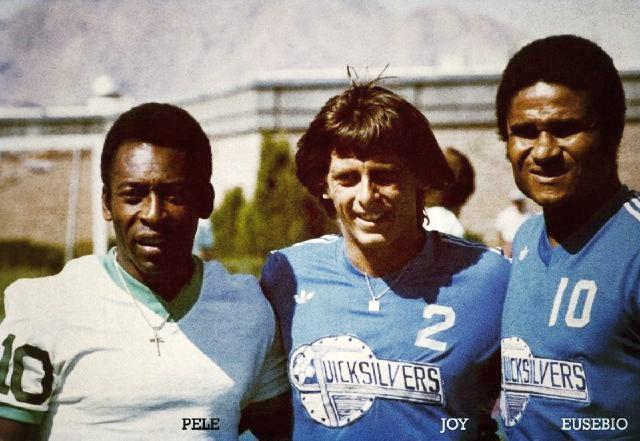 Considered by many to be one of the greatest footballers of all times, Eusébio da Silva Ferreira was more than just a sportsman; he was a national icon. 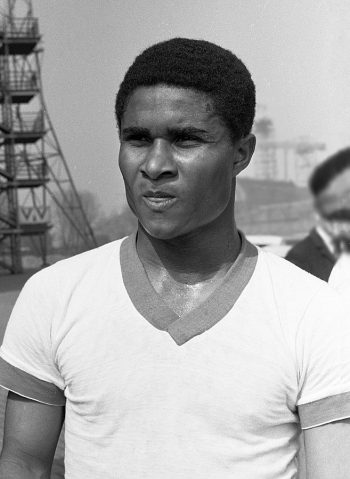 Described as the “greatest African footballer in the history of the game,” and considered by many to be one of the greatest footballers of all time, Eusébio da Silva Ferreira was more than just a sportsman; he was a national icon.

Eusébio was born on January 25, 1942, in Lourenço Marques, Mozambique. It was here that he began his footballing career, starting his own team with friends who used socks stuffed with newspaper to practice their footwork. He was eventually signed by Sporting Clube de Lourenço Marques, where he stayed until moving to Portugal as a teenager to join Benfica. This move resulted in a fierce dispute with Sporting Clube de Portugal — whose feeder team he had come from — over the rights to the player.

Eusébio’s debut with Benfica came in 1961 when he was just 19 years of age, and his skill on the pitch earned him the nicknames Pantera Negra (Black Panther), Perla Negra (Black Pearl), and, of course, O Rei (the King). With a powerful right foot, he scored a hat trick in his first Benfica match and went on to become one of the best strikers of the 20th century, scoring 733 goals in 745 matches.

Eusébio won the Ballon d’Or as the European Football Player of the Year in 1965 and made international headlines in the 1966 World Cup, taking Portugal to third place and scoring nine goals — making him the top goal-scorer of the tournament.

He spent the majority of his footballing career — 15 of 22 years — at Benfica and remains the team’s all-time top goal-scorer. From 1976, Eusébio played for several smaller teams in Portugal and North America, before eventually retiring in 1979.

On January 5th, 2014, Eusébio died of heart failure at the age of 71. This resulted in numerous tributes to the player, and the Portuguese government announced three days of national mourning. A year later, the Portuguese parliament voted unanimously to move his body to the National Pantheon, making Eusébio the first footballer to ever be interred there.

Throughout his career, Eusébio earned many accolades, including the Order of Prince Henry the Navigator and the Order of Merit. Additionally, he won the Bola de Prata a record seven times, and in 1968 became the first-ever winner of the European Golden Boot — which he won again in 1973.

His name, unlike many others, is untarnished by on-pitch brawls and spitting insults. He is instead remembered for his modesty, skill, and unmatched sportsmanship.