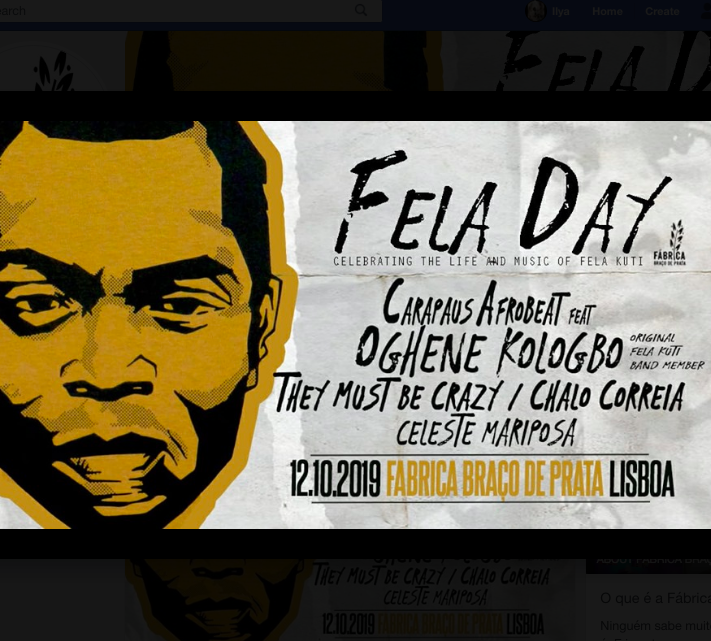 Hey fellas (and ladies, and others).
Guess what Saturday is?
That’s right, anybody who knows anything knows that this Saturday happens to be Fela Day.
And, if you know anything about afrobeat, then you likely know a fella by the name of Fela Kuti.

Fela was born in Nigeria half a century ago, and, on top of being a pioneer of the afrobeat genre the world over, he was also quite the player, a revolutionary to many, and an avid human rights activist. He once changed his name to Anikulapo, which roughly translates to “he who carries death in his pouch.” He was arrested more than 200 times.

The Nigerian military and cops would often beat him, his friends and family, and his musical instruments.
He didn’t like the U.S., and was not shy about it. The CIA didn’t like him either.

From Wikipedia:
“During his 1981 Amsterdam tour, he complained about the psychological warfare that American organizations like ITT and the CIA waged against developing nations in terms of language. He did not see why the terms ‘Third World, ‘undeveloped’ or even worse, ‘Non-aligned countries’ should be used, as they all implied inferiority.”
For this, or maybe other reasons, Fela died mysteriously in 1997.

On October 15th of this year, Fela Kuti would have turned 49 years old.
Fela’s spirit and music, however, live on.
Hence, Fela Day 2019.

Friend and guitarist Oghene Kologbo will be there.
As well as Carapaus Afrobeat, and They Must Be Crazy.
And a few surprises are in store as well.

Here’s a taste of the one and only.