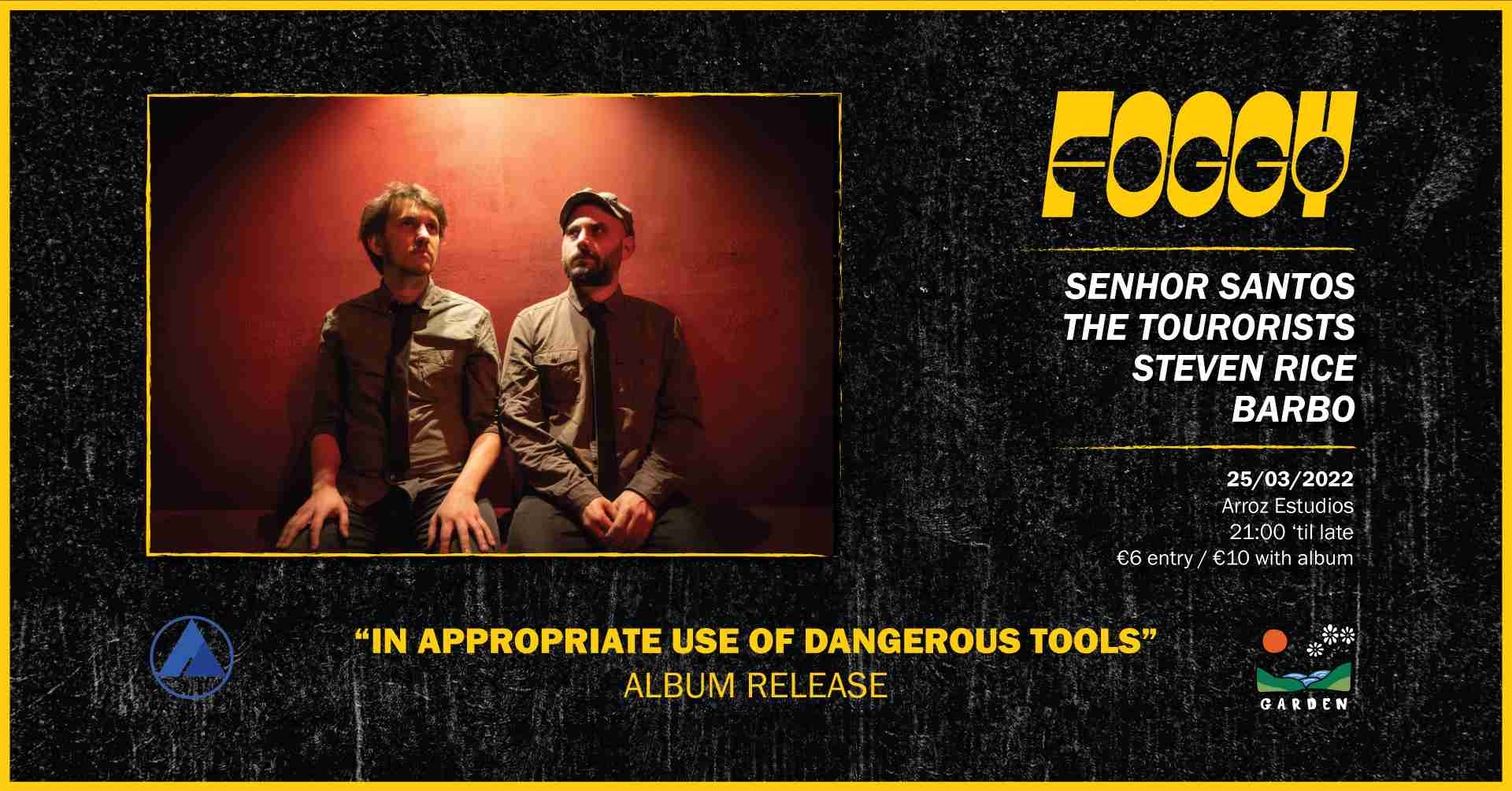 Here’s what hosts Arroz Estúdios say about this Friday night:
“From the depths of the pandemic breaks forth Foggy with his first solo album: In Appropriate Use of Dangerous Tools. This is the Official Album Launch Party, where Foggy will be performing the brand new album live, supported by special guests The Tourorists, and DJ sets by friends.

For those who don’t already know him, Francesco “Foggy” Pintaudi is a musician and producer originally from Palermo, Sicily. After years of recording and touring in Italy, he moved to Berlin, before landing in Lisbon and beginning a new chapter in his artistic life. Here, the FOGGY project was born bringing with it four singles and a stream of concerts all over the country, including the final of the Termómetro festival and numerous radio plays.

Now, after nearly two years of recording, Foggy is presenting his first solo album, and you can be a part of its landmark launch.”

*Arroz Estúdios is a cultural association so a membership is required to enter. Membership cost is €3 and is valid for the whole year.