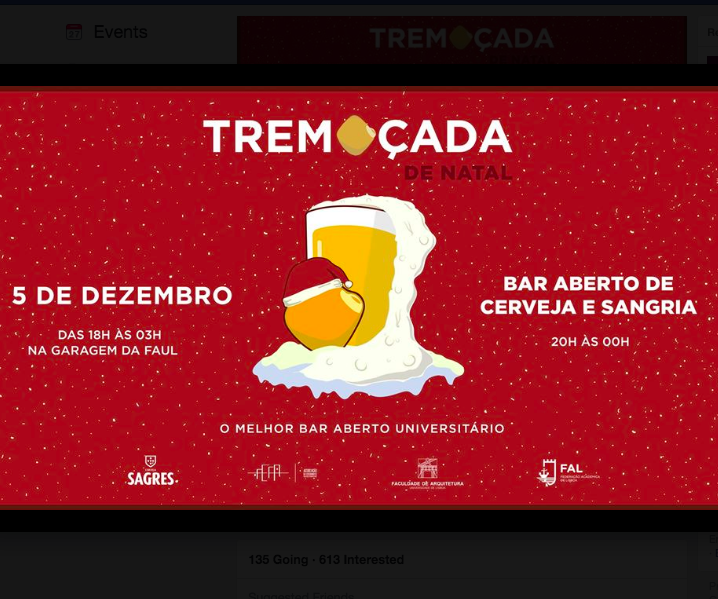 “Tremoço” is Portuguese for lupin (or, lupine) — you know, those bean-peanut-like things often served with beer in various Portuguese establishments.
So Tremoçada would roughly translate as “a bunch of lupines”or “lupine party.”

AEFA is the Students Association of the Faculty of Architecture in Lisbon…
And if there’s one bunch of students that knows how to party — it’s architects.

Here’s what they tell us about their Christmas shindig, Tremoçada de Natal:
“Ooh-ooh-ooh…
Here comes another Tremoçada!
Your Student Association has prepared another great party! This time, let’s mix the Christmas spirit with a lot of music and a good mood. On December 5th, all roads lead to the Faculty of Architecture garage.”

P.S.: There will be an open bar (beer and sangria) from 20h to midnight.
And possibly some lupins.