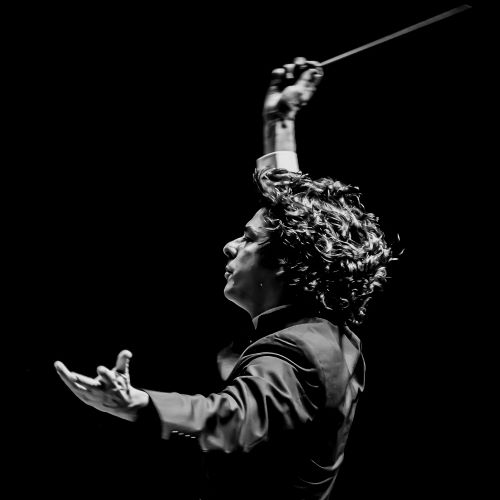 Here’s some international musical history for you, courtesy of Museu dos Coches, the organizers of this classy Friday evening:
“The first-ever neoclassical work in this program joins the first of the classical composers, Joseph Haydn. Prokofiev’s Symphony No. 1, which we know today by the name “Classical” was completed in the middle of the First World War. With expressive clarity and sobriety, the Russian composer thus proposed an alternative to the alleged psychological decadence connected with the German music production of the previous decades. A long time ago, at the end of the 18th century, Haydn had composed his final symphony, on the occasion of his second stay in London. This was even one of the first symphonies that became a repertoire and that, therefore, ‘made a school,’ the same school that Prokofiev proposed to ‘revisit.’ Opening this concert we heard the opening of«A Hospedaria Portuguesa» by Luigi Cherubini, a comic opera premiered in Paris in 1798.”