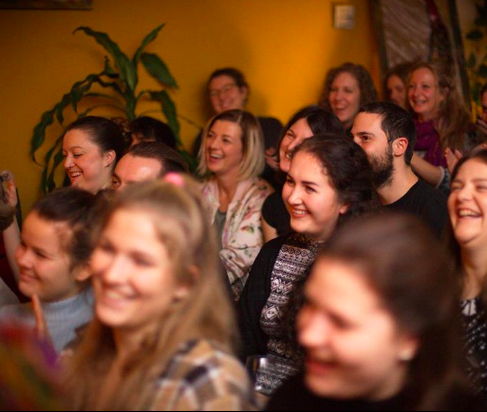 The people on the left appear happy. That’s probably because they speak English and are witnessing English comedy. Or maybe it’s because they got a free drink.
Only one way of knowing, really.
From the organizers:
“Embittered and armed with his quick wit and sharp tongue, JACK HOLMES has spent five years developing a comedic style that’s guaranteed to entertain. Equal parts honest, vicious, and playful, his act mixes brutal self-deprecation with bewilderment and frustration at the world around him, creating a show every bit as heartwarming and endearing as it is gut-wrenchingly hilarious.
Host: TBA
Doors: TBA
Entrance: 8 euros (FREE DRINK INCLUDED)”
Here’s Jack on Brexit.