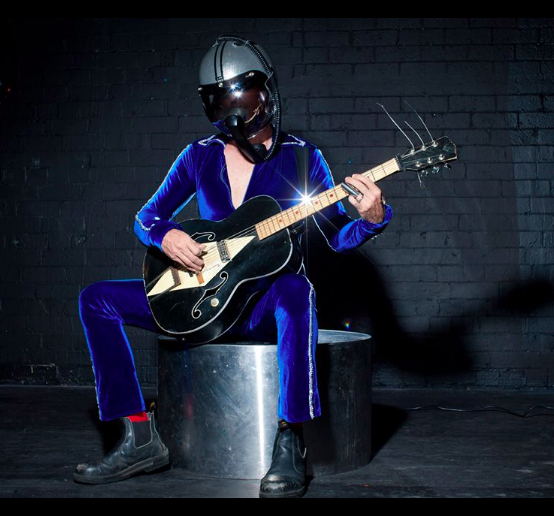 Bob Log III is 48 years old. He is a one-man band who grew up in Arizona. He wears a full body human cannonball suit and a helmet wired to a telephone receiver. He plays old classic guitars while using his feet to drum. Sometimes, he rides rubber dinghies over his audience or rubs whiskey on women’s breasts. He also sings. According to Wikipedia, “the spectacle has been described as a blues-punk guitar dance party… He tours over 150 shows a year in more than 30 countries.”
And Bob’s coming back to Portugal this Saturday.

Death Disco Disaster is a party created by Portuguese farmer and documentary filmmaker Eduardo Morais. Eduardo really doesn’t like disco and psychedelic music.
So, it’s only natural that Bob and Eduardo should meet.
And MUSICBOX is the best place to facilitate such a meeting.
It’s gonna get weird. But in a good way… we think.