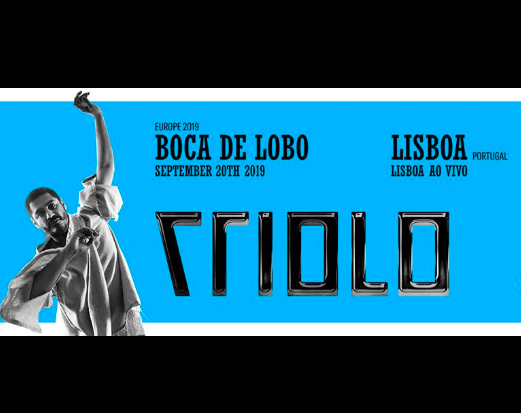 MC, singer, and songwriter Criolo, aka Kleber Cavalcante Gomes, is originally from São Paolo, Brazil. He turned 44 this September. He wrote his first rap 33 years ago and started his career 30 years ago. Which means his career, and, hence, his first rap, may have preceded you.
And Criolo’s still in the game, which is saying a lot. Though his main focus remains hip-hop (where he is a legend in the Brazilian and Lusophone scene), his style and influences range from samba to fado, and beyond.

This Friday, Kleber returns to Lisbon with his latest project — Boca de Lobo (“Mouth of the Wolf”) — and you’re invited to howl along to some hip-hop history.