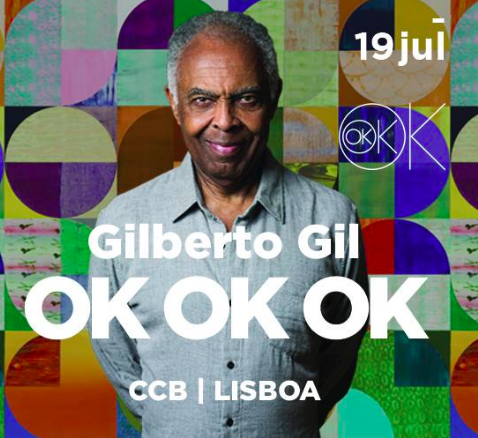 Gilberto Gil is a local and international music legend who turns 77 years old this year and who has seen some things in his life. For example, he joined a band as a teenager, was held in jail for nine months in, and then kicked out of Brazil in the ’60s for political reasons. Then he came back and continued making music there.
And Gilberto’s still doing ok.
To prove it, he’s been touring Portugal with his new show, “OK OK OK.” The show’s directed by his son Bem Gil, has a band of “eight fabulous musicians,” and special guest singer Roberta Sá.
Come celebrate a lifetime and generations of tunes.