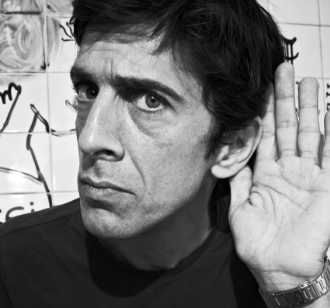 Manel Cruz, aka Manuel Gomes Coelho da Cruz Pinho, is Portuguese, a musician, and known mostly as the former frontman of the now-extinct ’90s rock band Ornatos Violeta.
But Manel has done a lot of other stuff too — as in life, so in music.

The latest stuff Manel has done, music-wise, was to release the album Vida Nova.

Head north (almost all the way to Porto!) this Friday night to witness Manel’s Nedó 2020 Tour, where he and friends will be performing songs from Vida Nova, the 1990s, and everything in between.

Here’s some of Manel’s recent stuff.