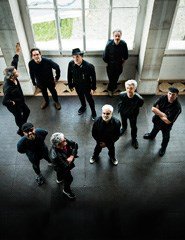 Everybody knows that the ’90s are back in style, and Resistencia are no exception as they bust out of their millennial slumber to give a live concert at Coliseu de Lisboa.

With a new album released in September, Resistencia will be playing a mix of new tunes and their classics.

Here’s what to expect from a live show in Lisboa: