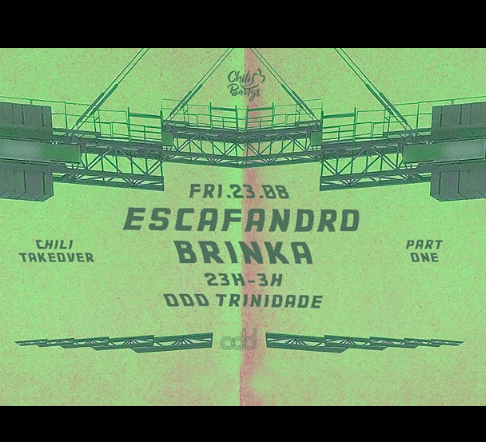 John-E is an electronic music aficionado. He was born in Lisbon in 1977 but grew up between Hong Kong and Macau. He got his first gig in Macau at age 16; he returned to Lisbon in 2001, quickly establishing himself as a force to be reckoned with in terms of techno parties. His decade-long residency in Europa (under the club name Escafandro), according to the organizers, “pushed Lisbon’s party hours way beyond sunrise.”

Brinka is a DJ collective initially formed by three french dudes with a thing for ’90s raves, and now spreading house and techno fun through Lisbon.

ChiliBangs was founded in 2018. They describe themselves as “a collective of passionate people and artists united in several fields whose common points are creativity, altruism, and nature.”

The above join forces this Friday.

Here’s what ODD, the organizers, add:
“In this edition of ChiliBangs we present the ‘Chili Take Over.’
Sound quality is a unique and always very involved experience.
Lovers of the dancefloor and frequencies are waiting for you.”