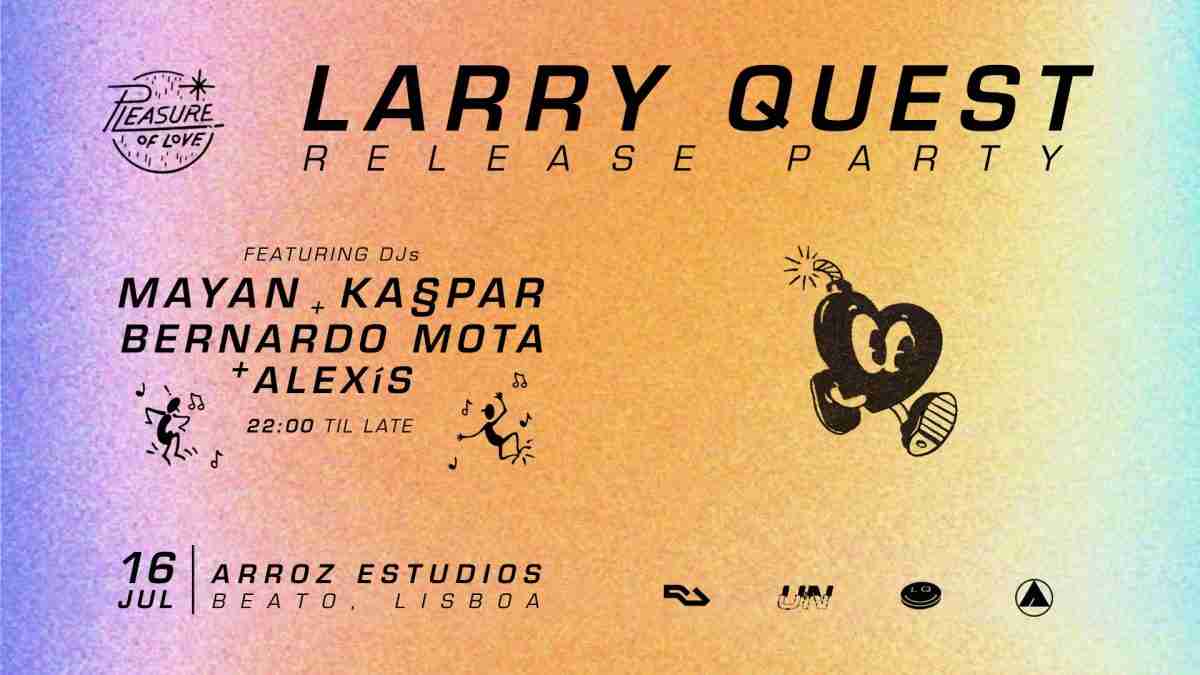 Here’s what hosts Arroz Estúdios say about the deets of their late-night techno shindig:
“Curating the lineup for this event, LARRY QUEST is a discreet producer & DJ, making his way to the record shops worldwide for a second time with this new 12’’ EP ‘Rear Light’, tinted by the UK club scene and the Detroit Deep House originators sound that blends analog synths with soulful beats and acidic bass lines, in a jazzy spirit. For this [Pleasure Of Love] release party, Larry gathered an exquisite and complimentary lineup behind the decks:

KA§PAR is an underground deep dance funk warrior, producer & DJ who needs little introduction, as he’s been spreading his peculiarly physical sound for many years, both on stage as well as with his creative output [Percebes Música] – a label releasing brave new club music.

MAYAN is a powerful DJ, a one of a kind plant-based music selector with jazz roots, taking her audience on mindful journeys through electric soundscapes, from jazzy/disco vibes to intense techno kicks, as well as constantly hosting artists she believes in with her radio shows on the beloved Lusophonica.

BERNARDO MOTA is a prolific producer and an advanced DJ, with countless mind-blowing releases under his belt, he’s also involved with the DVRST collective which promotes the ‘’art of independent thinking together’’.

ALEXIS is a looming artist & DJ with creative curating skills who weaves music stories on the decks, taking his audience to explore vast and textured soundscapes. From infused Disco House to more ethereal acidic feel, his touch on the beat leaves everyone tapping their feet.

Here’s a taste of Larry.