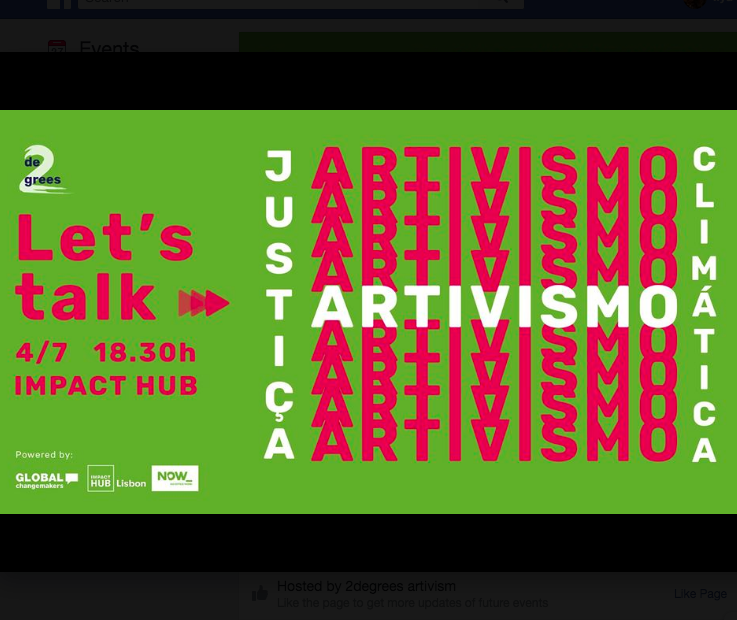 This weather kind of sucks.
Also, did you know that artivism was a word?
Our spellcheck did not, and neither did we…

Anyway, from the organizers:
“That the climate is changing is obvious.
That it is we, humans, who are causing it, is also a consensual fact.
However, little is known about the consequences this has on human life itself and on existing inequalities.
Little is known about the urgency and scale of climate change.
Little is known about what we have to do to overcome this challenge.
According to the UN, we have until 2030 to cut global greenhouse gas emissions by 50%, and countries like ours have a historic duty to contribute.

2degrees artivism arises from the desire of a group of Portuguese to make this possible by bringing artists to the movement for climate justice so that together we can dream and create a more just world.
Join us in this informal conversation on climate and the arts to learn more about what we are thinking of doing.”