FILM SCREENING AND PUNK PARTY | “So, which band is your boyfriend in?” with Live Bands | Graça | FREE 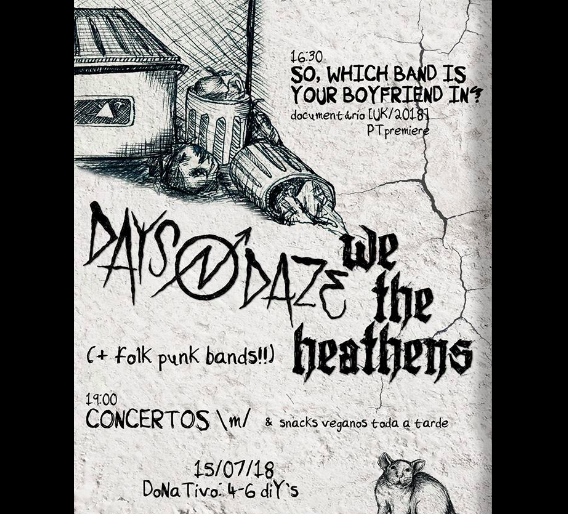 So, Which Band is Your Boyfriend In? is a documentary about women and gender-fluid individuals from the UK’s underground and DIY music scenes.
Disgraça is one of Lisbon’s few remaining hidden DIY gems, which happens to be both literally and figuratively underground.
This Sunday, they host the Portuguese premiere of this eerily relevant documentary chick flick, accompanied by vegan snacks and live folk-punk from the land of the free. For free.
Learn more about the movie and the bands playing here, and come fight the good fight!
Here’s the trailer.