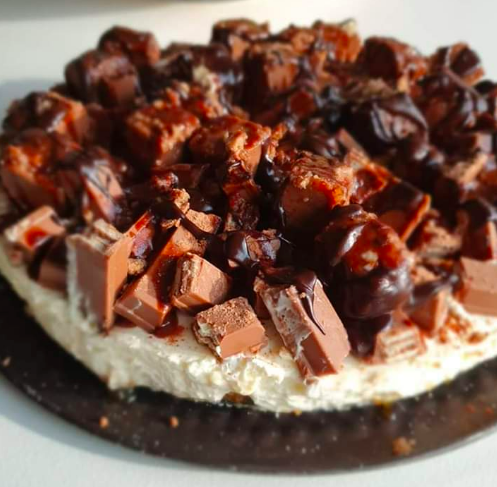 Did you know?
-A cheesecake (at least the New York version) is not really a cake but rather a baked cheese custard pie with a crust;
-Rumor has it that cheesecakes were served to athletes competing during the first Olympic games in 776 B.C. to give them energy;
-Rumor also has it that the cheesecake is around 4,000 years old and has its origins on the Greek Island of Samos (yep… that one);
-The largest cheesecake ever made weighed 4,703 pounds;
-The above-mentioned cheesecake was made in Mexico.
(thank you, mobile-cuisine.com).

Cake or no cake, one thing is certain – there are few things under the sun better than a good cheesecake.
Making one, however, is no easy endeavor.
And Christmas is coming…

So here’s what the organizers of this well-timed workshop tell us:
“Kristina Yurieva turns all ingredients into otherworldly delicacies. At this workshop, the chef wears the Workshop Cheesecake Mistery apron to teach the versatility of roots, fruits, seasoned chocolates, cheeses, spices, and jams. It’s the starting point for an unforgettable sensory adventure!”

Confirm your presence by e-mail via kristinaboquinhas@gmail.com.