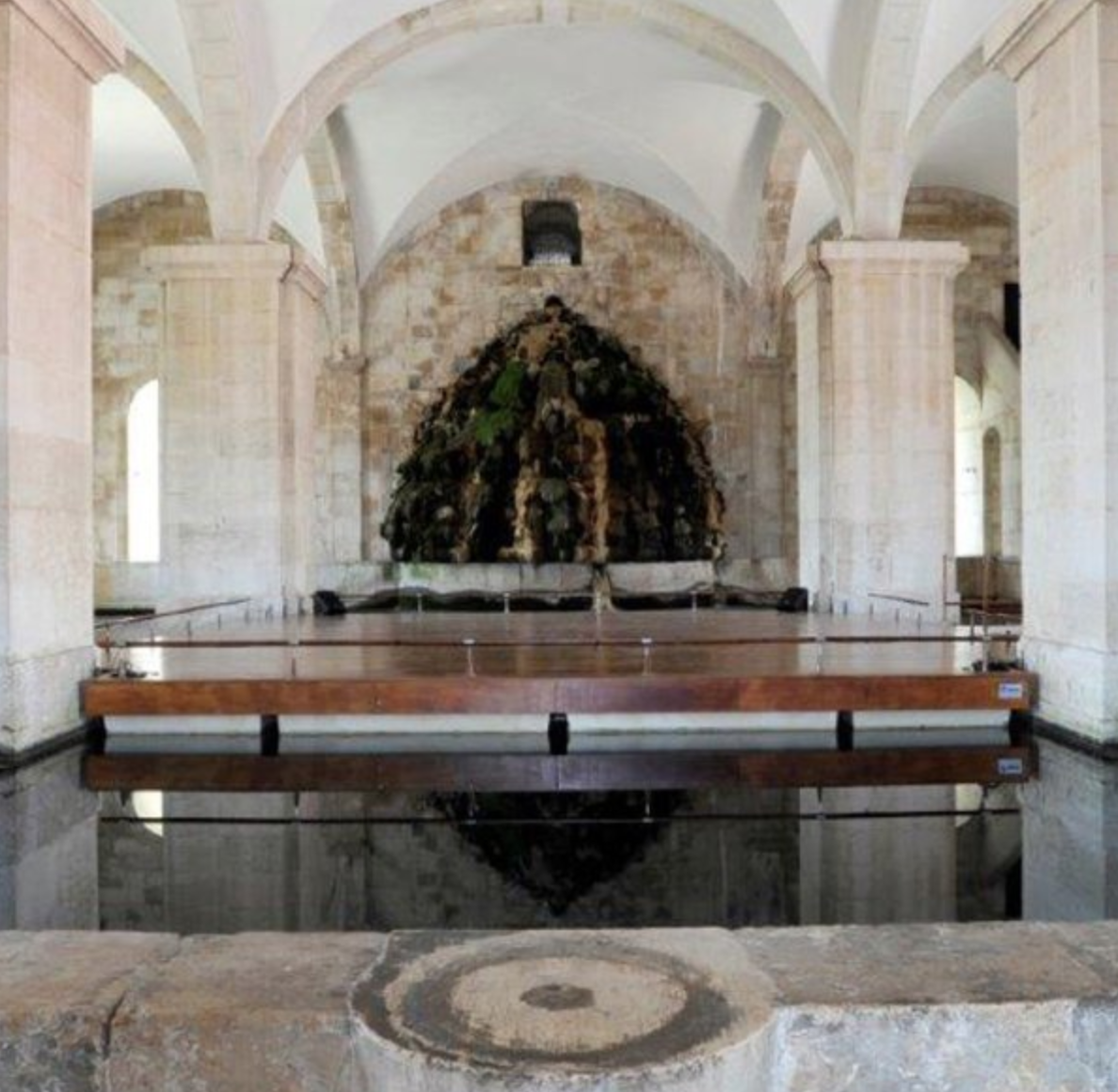 This free weekend tour is being offered until the end of February, so take advantage and go see the mother of all reservoirs — right here in Amoreiras. If you can’t make it on the weekend, you can always visit Tuesday through Friday for 3€.

From the organizer:
The entrance to Lisbon of the Águas Livres Aqueduct is marked by the arch of Rua das Amoreiras by the Hungarian architect Carlos Mardel between 1746 and 1748 and finishes at the Mãe d’Água Reservoir of Amoreiras .
The cistern met three plants, presenting an initial project whose implantation included three more arcs leading the building to the north face of the Largo do Rato. In the final project, the reservoir was simplified with the reduction of the number of tanks and the exterior decorative load.
After Carlos Mardel’s death in 1763, the final reservoir of the Aqueduct, begun in 1746, was still to be completed. The work was resumed, in 1771, by Reinaldo Manuel dos Santos, who introduced some modifications to the initial plan.
The main alterations to the project were felt in the covering of the building, the cascade and the replacement of the four Tuscan columns, designed by Mardel, by four robust quadrangular pillars.
Even after the death of Reinaldo dos Santos in 1791, the work of the reservoir, although it was repeated several times, only saw the completion of the roof and the details in 1834, during the reign of D. Maria II.
At present, the Mãe d’Água Reservoir presents itself as a large, unified and light space, suggesting its interior the plan of a Salão style church, proposing the sacredness of space.
The spring water springs from the mouth of a dolphin on a waterfall, built with stone transported from the springs of the Águas Livres Aqueduct, and converges to the seven and a half meter deep tank, which has a capacity of 5,500 m3. From the tank emerge four columns that support a ceiling of edge vaults that, in turn, supports the magnificent panoramic terrace on the city of Lisbon.
On the western front of this reservoir is the Casa do Registo, a place where water flows to the fountains, factories, convents and noble houses were controlled.
The Water Museum promotes and encourages free and guided visits to the Mãe d’Água Reservoir of Amoreiras .