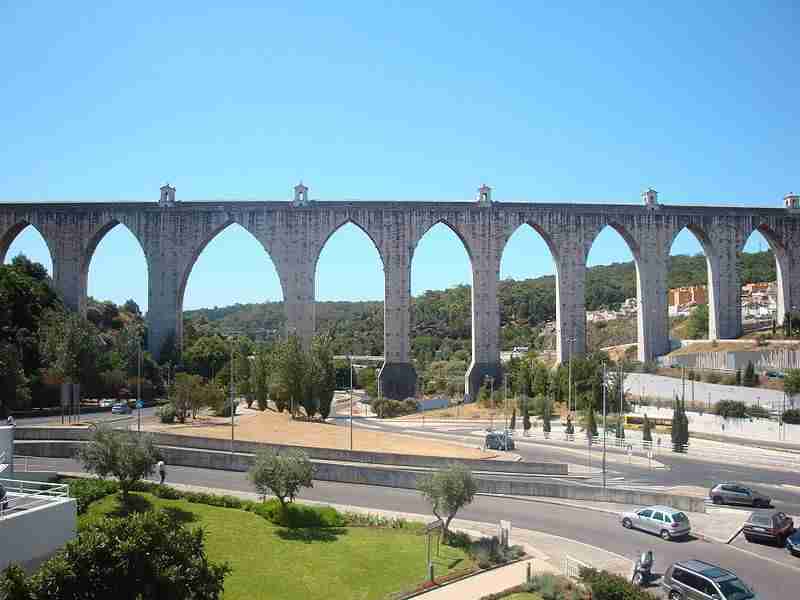 Here’s some history for ya, courtesy of Caminhando, the organizers of this Sunday afternoon, roughly two-kilometer stroll:
“Built between 1731 and 1799, by royal determination, the Águas Livres Aqueduct constituted a vast system for collecting and transporting water using gravity. Classified as a National Monument since 1910, it is considered a remarkable work of hydraulic engineering.

The construction of this work involved using the Águas Livres water springs in the Sintra mountain range, in the Belas area, northwest of Lisbon.

The chosen route coincided, in general terms, with the route of the old Roman aqueduct.

The system, which resisted the 1755 earthquake, is composed of a main section, 14 km long, several secondary sections designed to carry water from some 60 springs, and five galleries to supply about 30 fountains in the capital.

In total, the Águas Livres Aqueduct system, inside and outside Lisbon, was about 58 km long in the mid-19th century. Its waters were used for human consumption until the 1960s.”