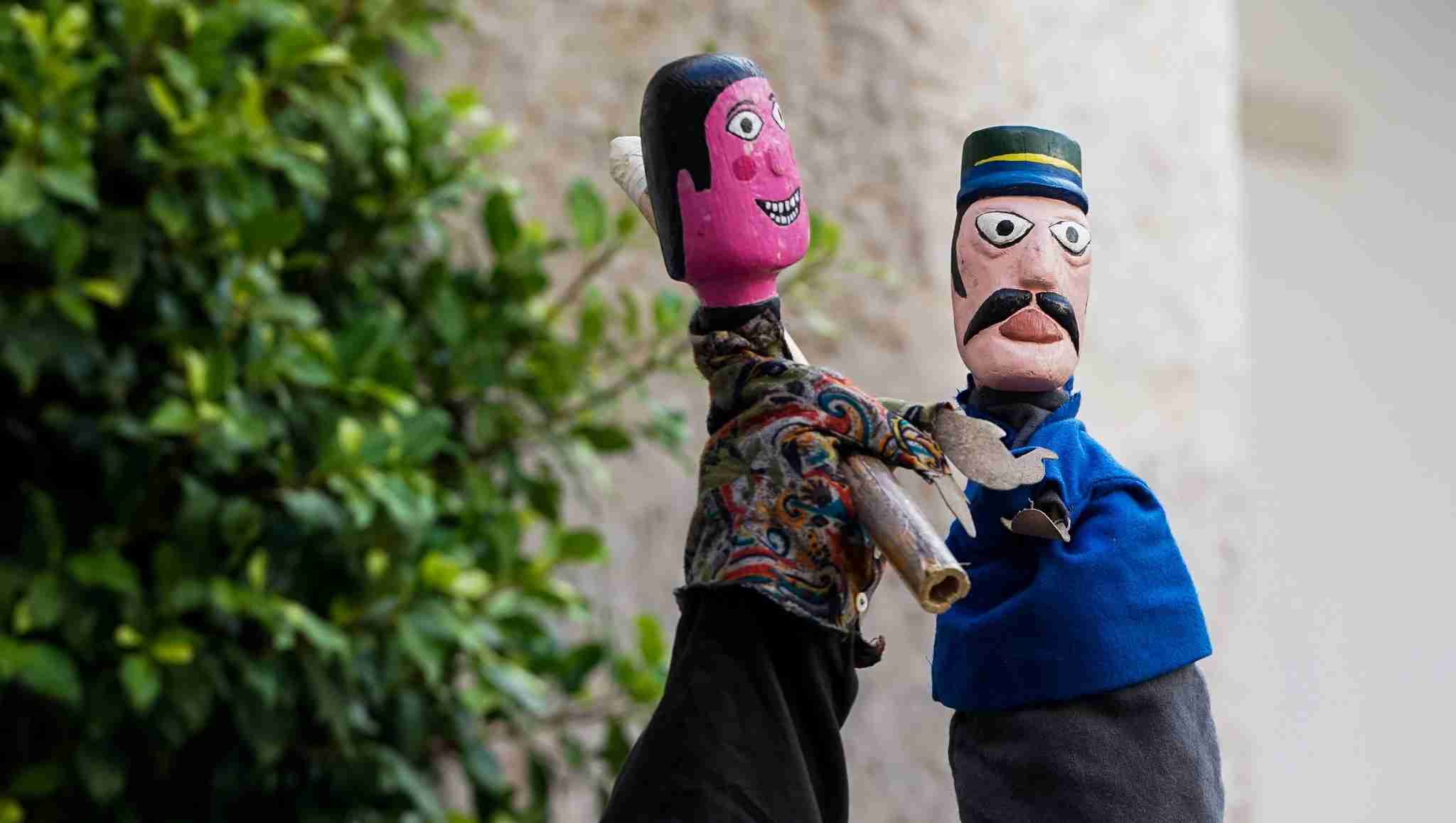 Glove puppets in Portugal are traditionally called Robertos (“Roberto” being the star of most of the stories they told), and here’s what Lisbon’s most underrated museum, Museu da Marioneta, says about that:
“Until the beginning of the 20th century, it was usual to see these colorful puppet theatres on the streets, in village squares, and in gardens and beaches throughout the country. Young and old people, children and adults would listen to the first treble sound of the reef and enjoy the comic stories those puppets played with skillful pace.”

And here’s what they say about this pre-revolutionary Sunday afternoon:
“There was a time when puppets could say more than people. Today we can talk freely and dedicate a Sunday morning to creating traditional Portuguese puppets. Born in the Museum, new Robertos will take to the streets with the word “Freedom” in mind.”