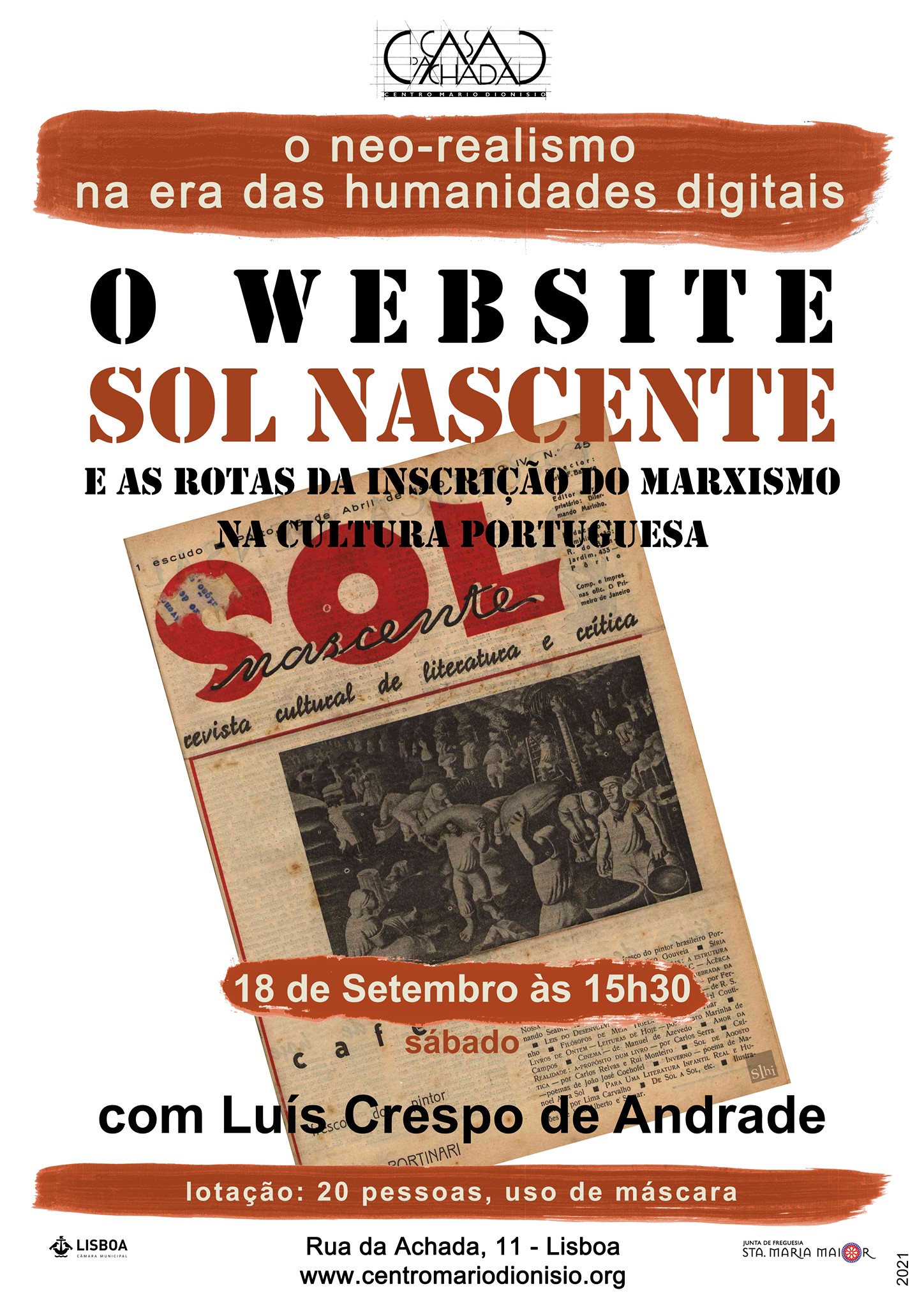 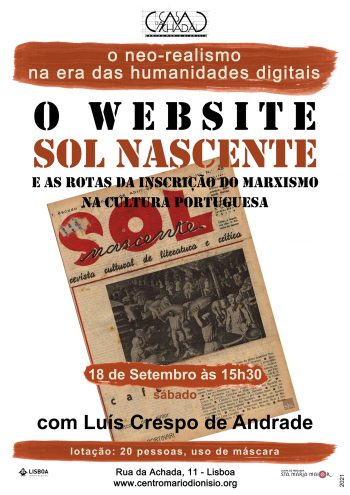 Marxists. They’re everywhere these days. Even on the internet. And, as is often the case with such things, their intentions are a little obscure and often misunderstood. So we’ll just let the organizers, Casa da Achada – Centro Mário Dionísio, explain:
“The inscription of Marxism in Portuguese culture was simultaneous to the emergence of neo-realist letters and arts. As SOL NASCENTE occupied, in the late 1930s, an important place in the diffusion of New Humanism, its reading constitutes a relevant contribution for the understanding of the reception and conceptual fixation of the “young thought”.

On January 5, 1939, Jorge Domingues, who was very close to Mário Dionísio, wrote to Manuel de Azevedo on behalf of the weekly newspaper O Diabo: “SOL NASCENTE should be the journalistic manifesto for the dissemination of philosophical thought of our generation: a manifesto without deviations, clearly oriented in a dramatic sense. Was the purpose achieved? From which references? And in what terms? It is these questions, concerning the reception of Marxism in Portuguese cultural circles, that we intend to address.”

P.S.: You’ll definitely need some Portuguese, and an open mind, for this one.