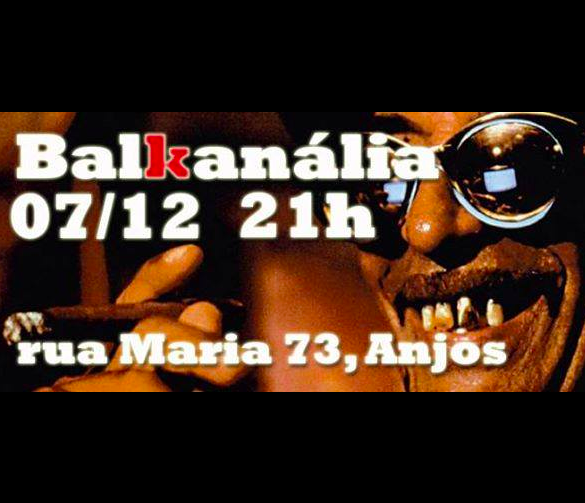 Depending on your level of woke, when you hear “Balkan” you either think about blood or music.
Or both.
Again, depending on your level of woke…
From Wikipedia:
“The identity of the Balkans is dominated by its geography; historically the area was known as a crossroads of several cultures. It has been a meeting point between the Latin and Greek parts of the Roman Empire. It became an area where Orthodox and Catholic Christianity met, as well as the meeting point between Islam and Christianity. Many Jewish people fled here from Inquisition…”
From the organizers:
“Anything goes.
Any bizarre, clutter, frenzy of fun is allowed. All to fulfill the fantasy of a full night, as if a year-end catastrophe were approaching.
We want wine, beer, lots of rampant dance to the best Balkan music!”

Come stay woke the night away with historical significance and a good Balkan beat as your background.

FREE ENTRY
(with a 1€ purchase of a BUS membership card)

Check back here to see who will dominate the DJ region.