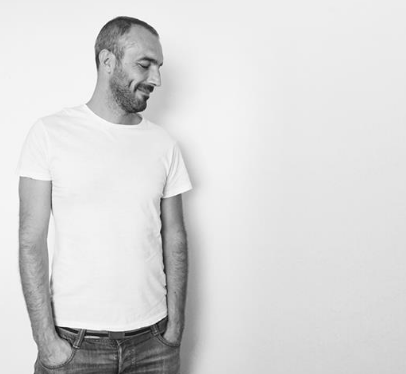 Lisboeta Miguel Feraso Cabral is one interesting cat. A renaissance man, if that still exists.
He makes simple but very cool gifs that look like anti-postcards. He is refreshingly articulate about the message:
“(About the tourist boom) I believe when we say something-boom, “boom” means “too much, too quickly.” I am emotionally divided about it. I feel proud of my Lisbon for being so attractive to so many people, but the “too much” element can be very annoying. At first, I liked to see those tuk tuks once in a while. Now there are simply too many. I also really liked seeing some areas being renovated — now I feel like the true Lisbon is disappearing.”
Read Atlas’ interview with Miguel and see said gifs here, for free (much unlike a tuk tuk ride).

Miguel also makes music. Here’s what he says about transcending mediums:
“All my projects are much more serious than simple hobbies, I may say so, since they involve hard work and a lot of time. Some have financial return, but the focus is always on pleasure. The fun is in the process of doing it and the adrenaline of turning it loose on the public and seeing the reactions. Since my main income is covered by a desk job, it gives me freedom. I can do whatever I want and be as crazy or silly as I please with no fear whatsoever.”

Miguel’s new musical project is called DEAMBUL (“Wandering”); here’s how he describes it:
“A guitar, some effects pedals, a couple of microphones, an altered amplifier in a room with warm light.”

Or come see Miguel live at Cafe Tati instead.
Also for free.