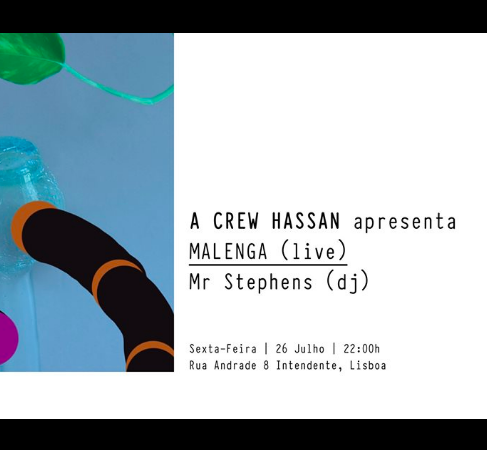 From the interwebs:
“The Makonde are an ethnic group in southeast Tanzania and northern Mozambique… The Makonde successfully resisted predation by African, Arab, and European slavers. They did not fall under colonial power until the 1920s. During the 1960s the revolution that drove the Portuguese out of Mozambique was launched from the Makonde homeland of the Mueda Plateau. For a time the revolutionary movement FRELIMO derived some of its financial support from the sale of Makonde carvings, and the group became the backbone of the revolutionary movement. Due to their role in the resistance to Portuguese colonial rule, they remain an influential group in the politics of the country…
They speak Makonde, also known as ChiMakonde.”

Mozambican musician and artist Malenga happens to be a descendant of the Makonde people. He sings and reinvents the traditional songs of his people. In ChimaKonde.
And it’s only appropriate that he does so in Portugal, no?

Malenga is followed by Mr. Stephens, local DJ and founder of Iberian Records.

Here’s a song by Malenga about unconditional love, love between human beings.