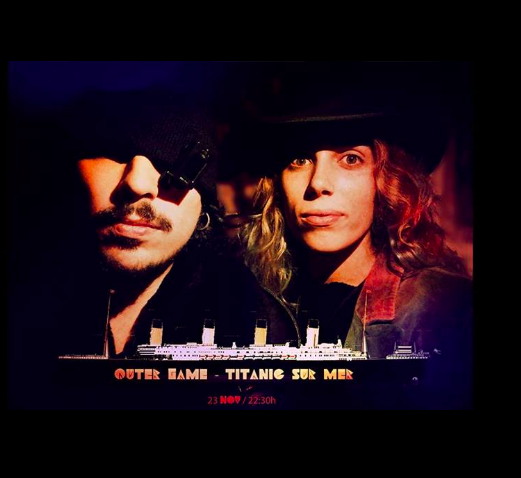 João Mendes was born in Lisbon in 1986. He started learning the piano when he was six years old. He picked up the violin at nine. Then he picked up the guitar, the sax, and, by the age of 11, songwriting. He set up his first hip-hop festival, in Santarem, at age 16. He then got into jazz and, at some point, reggae. So much so that Bob Marley’s daughter, Rita Marley, heard his stuff and invited him to live and make music in Jamaica for a while…
This is, more or less, how today we have Jazzafari (João’s stage name) — a well-rounded singer, songwriter, producer, and multi-instrumentalist who has worked with many a musician around the world in the last decade.

Lana Gasparotti is not Bob Marley’s daughter. She describes herself simply as “a Luso-Croatian pianist and artist based in Lisbon, Portugal.”

Earlier this year, Jazzafari and Lana started making music together. The result is Outer Game. They explain that “from this union that mixes styles from hip-hop, electronic, rnb, drum’n’bass, dance, space-jazz, off-beat and soul, the perfect combination is born to create a new musical perspective.”
This Friday Titanic Sur Mer* presents Outer Game a bordo do Titanic (“Outer Game aboard Titanic”), where the duo will be playing songs from their new LP Jazzafari Outer Game: Lucid Dream.
It’s probably gonna get weird.

*Titanic will charge for this one, but not much (5€ last we asked); check back here for updated deets.
In the meantime, here’s some pregame for the strangeness ahead.