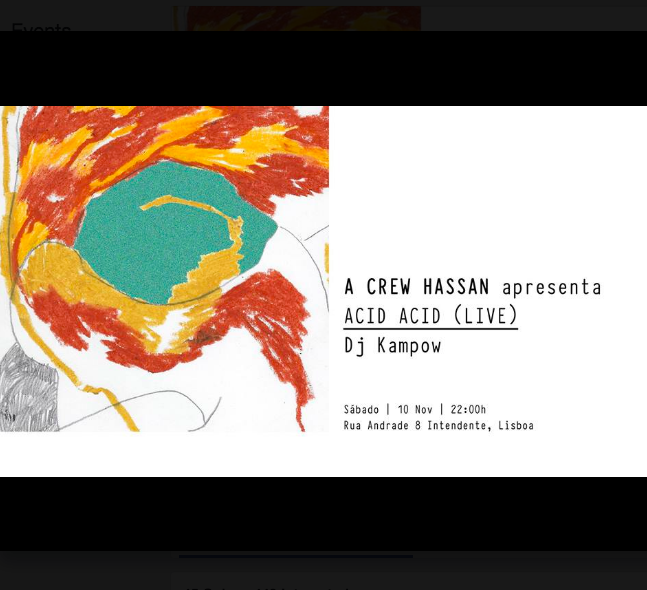 Acid Acid is relatively new to the electronic music scene but has been making some waves around Lisbon in 2018 while working on a new album.
DJ Kampow‘s biography on residentadvisor.com is short and sweet — it just says “a DJ,” which probably means he wants the music to speak for itself.
Crew Hassan welcomes both musicians this Saturday to do their thing.
You’re invited too.
NOTE: Crew Hassan sometimes (rarely) charges at the door, but it’s usually cheap and gets you a beer.
Oh, they also have great beer and vinyl selections.