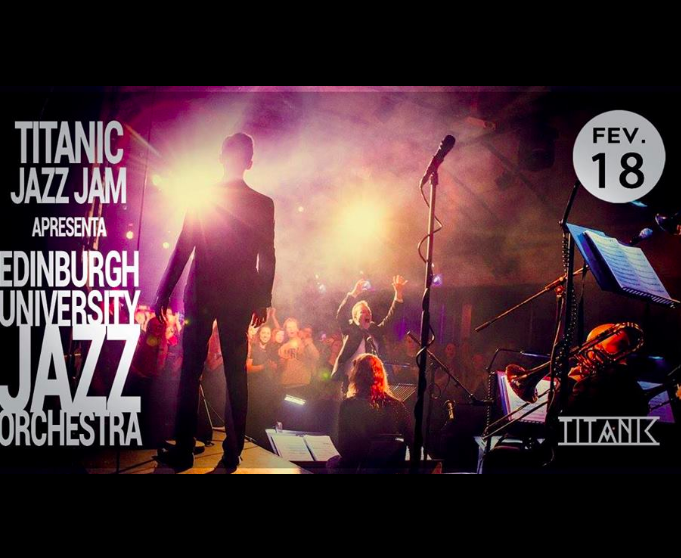 According to literary, film, and phonaesthetic legend, Edgar Allen Poe’s favorite combination of words, out of anything in the English language, was “cellar door.”

In our humble opinion, “Edinburgh University Jazz Orchestra at Titanic” comes in at a close second. However, EUJO is more than just a cool combination of words.

We’ll let Titanic Sur Mer, the organizers of this one, take it from here:
“Titanic invites you to come to Jazz, Funk, Soul, and Swing, on a unique night with the University of Edinburgh Jazz Orchestra!
Followed by a screening of the documentary “Djéz” by Marco Sardinha, a short film about the Jazz Jams at Cais do Sodré and the inescapable ‘Titanic Jazz Jam’ (which happens there every Monday).”

Ok, we think Poe would have liked “the inescapable Titanic Jazz Jam” too.