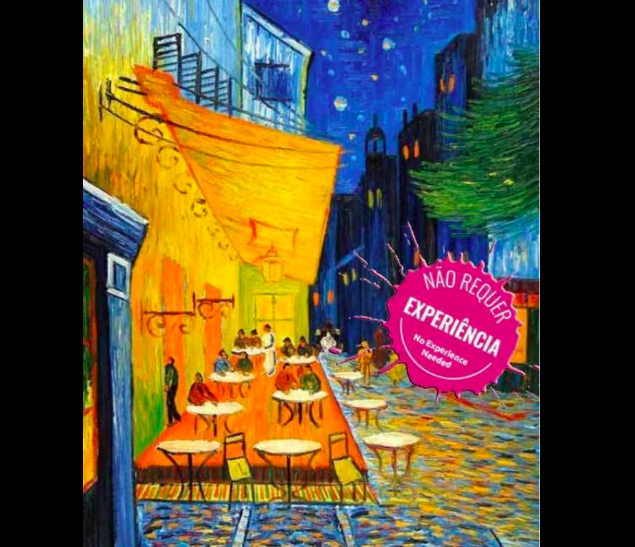 “I put my heart and my soul into my work, and have lost my mind in the process.”
Vincent Van Gogh.

Unfortunately, no one will ever paint like Vincent painted. Except maybe robots. However, if you want to follow in the tragic genius’s footsteps (or, rather, brushstrokes) at the cost of 38€ rather than your mind, then check out this painting workshop courtesy of LX Paint.

Van Gogh’s Terraço do Café à Noite (“Cafe Terrace at night”) is an interesting piece for many reasons. Here’s just a few:
– He never signed it.
– Some think it’s a reference to Da Vinci’s “The Last Supper.”
– The cafe in it still exists and is now named after the artist.
– It is considered to be the genesis of another well-known piece of his called Starry Night.
– It ranks second in a list of the top 10 most reproduced artworks from 2000 to 2010, “Starry Night” being the first.
– The positioning of the stars in the night sky in the painting is accurate, according to astronomical data.
(Learn more fun facts here).

Tickets for this one are disappearing faster than Vincent’s mind (and funds) while he was alive.
Reserve your seat here.