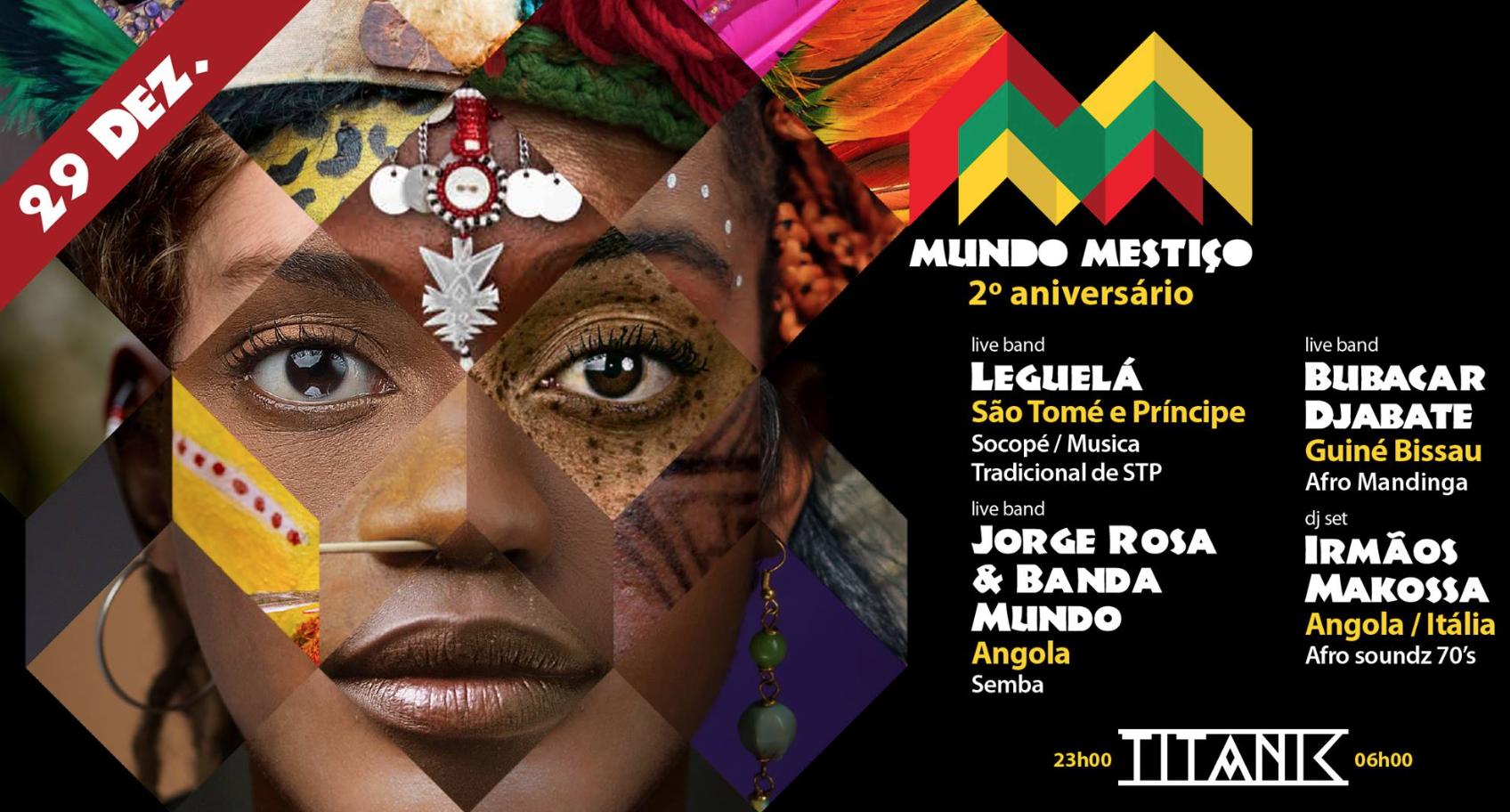 “If more Africans had eaten missionaries, the continent would be in better shape.”
Maya Angelou.

This Saturday, Titanic sur Mer invites you to come celebrate African culture and music with the 13th edition of Mundo Mestiço (“Mestiço World”). Comprising the missionary-eating-free celebration is an impressive lineup of international DJs and musicians that, in the organizers’ words, “explore the sound of the continent better than anyone else.”
Here’s what we’re told about who’s on board (and on deck):

“Bubacar Djabate is originally from Tabatô, a village of griots east of Guinea-Bissau. He learned, coming from a family of musicians, to play the djembé, the gourd, and to sing according to the Mandingo tradition. Today, residing in Lisbon, Bubacar is a bigger figure as a balafon player (traditional Guinean instrument remiscent of the xylophone).
His performance on stage and the strength of his voice bring a new, more concrete and danceable dimension to the Mandinga musical tradition.
Aloísio on drums, Zeca on electric guitar, Sidia Baio on bass and Bubacar Djabaté on vocals, balafon, and gourd.

Jô Rosa, aka Jorge Rosa, is one of the most emblematic musicians in Angola. He is known for his fervor in making the history of his country and its people, whose musical and cultural wealth is immense, known to the world. Jorge Rosa is the nephew of Sofia Rosa, a prominent figure in the history of Angolan music sung in the Kimbundu national language.
Semba, rivets, merengue, and reggae are guaranteed.

Banda Leguelá is a group formed by Leonildo Barros, extraordinary guitarist of the mythical group Black Africa. A band from São Tomé and Príncipe that emerged to promote and spread African songs across borders.
Leguela means “Joy,” and that is what they promise during their concert.

Brothers Makossa, two friends, researchers of African music of the 70’s and their influences, decided to cross their tastes and spread to the public their knowledge! The Makossa Brothers’ DJ sets are the story of a trip through Africa and how Africa influenced the musical world, told by the music extracted from the vinyls and CDs that filled their bags.

Do not miss this trip for the mestiza sonority that promises to sink the Titanic Sur Mer with warm rhythms.”