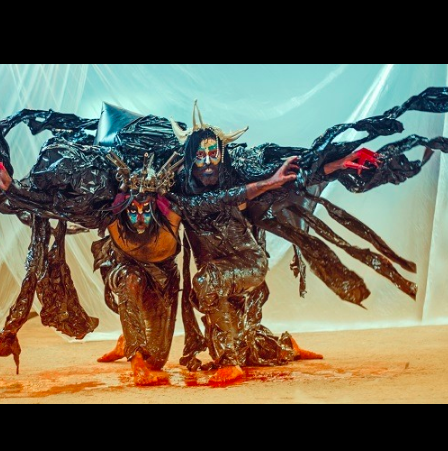 The 23d edition of the Queer Lisboa film festival hits Lisbon September 20, and Titanic Sur Mer is jumping on board with an opening party, aptly titled Opening of the Festival.
They describe it as having “a strong Brazilian flavor and propelled by activism.”

VENGA, VENGA, “hit duo of Lisbon nightlife,” are the headliners, and plan to keep the party going ’til sunrise. Here’s how they describe themselves:
“EXTRAVAGANZA. TROPICAL. HEDONISTIC. NOMAD.
This cultural project invites you to transcendence, blending folklore with musical experience. These sons of nomadism display sounds and aesthetics that go from the eccentricity of remote cultures to the most metropolitan subversions.”

Warming the crowd up to said metropolitan subversions, around midnight, will be local Catxibi from the female collective Thug Unicorn and Rádio Quântica.