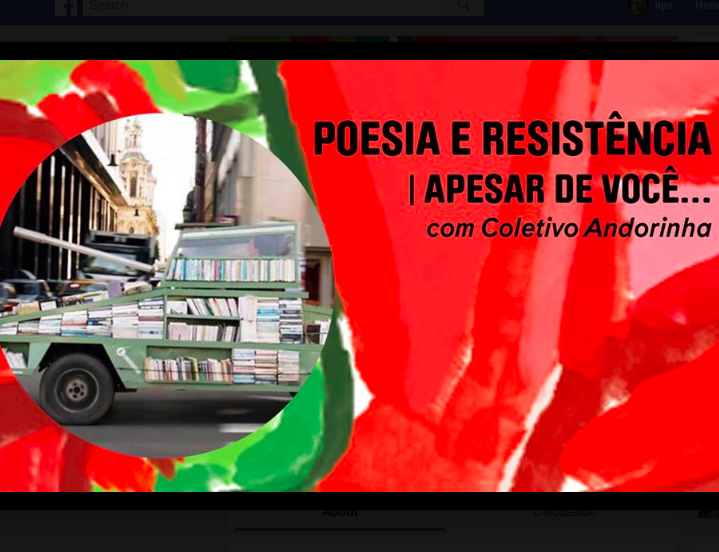 Coletivo Andorinha — aka the Swallow Collective, aka the Brazilian Democratic Front of Lisbon — was formed in March of 2016. It is the result of the demonstrations that took place throughout Brazil and in various cities around the world against the then ongoing parliamentary-legal-media coup.
In its three years of existence, the Collective has hosted more than 50 events in Portugal for, in their words, “the defense of Brazilian democracy.”
Here’s what VALSA, the host of their next call to arms, says:
“On August 16, 2019, we will meet again to declare the symbolic embryo of the revolution!
With the microphone open, we invite all poets who want to share the revolutionary voice that is summoned from the womb to the word.”
From the womb to the word.
Word…

FREE (with a 2€ annual membership).