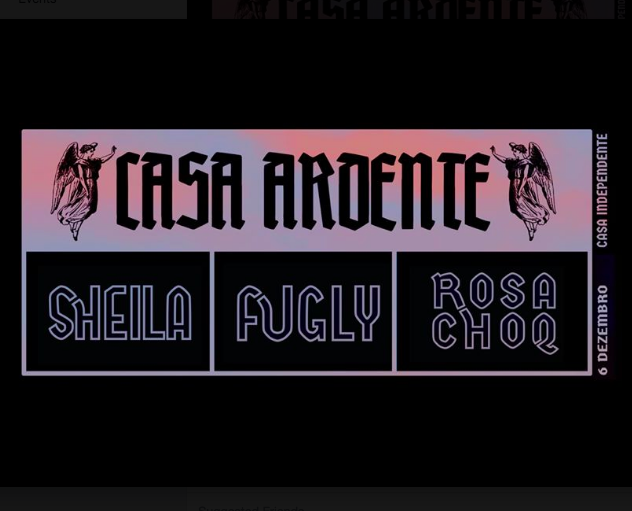 It’s getting cold in Lisbon. Winter is coming, or some such sh.t…
What better way to warm your bones than with some punk rock?

Casa Ardente (“Burning House”) ignites Casa Independente (“Independente House”) this Friday with four hours of some heavy, sweaty, good-old-fashioned rock and roll, punk rock, or whatever the kids are calling it these days.

Jorge Barata and Manuel Seatra, aka Rosa Choq (aka “Hot Pink”), say they “explore diverse sounds strolling through the equatorial Latin rhythms from patchangas to funanas to cha-cha-chas while sailing through the adventurous ’00s.”

Fugly is a band, but not just a band.
Here’s what they say:
“Fugly is a band, a cause, a collective, whatever you choose to call it. But it’s especially an addicting powerful punch. And it’s a good one, directly from Porto to your hearts. It was 2015 when Pedro Jimmy Feio created the group. He gathered three warm souls and they came out as one of the noisiest, purest, and most chaotic bands that Portuguese Garage-Punk has ever seen.”

We’re not sure who Sheila is, but he/she/they will be there too.

Here’s a taste of the fire.