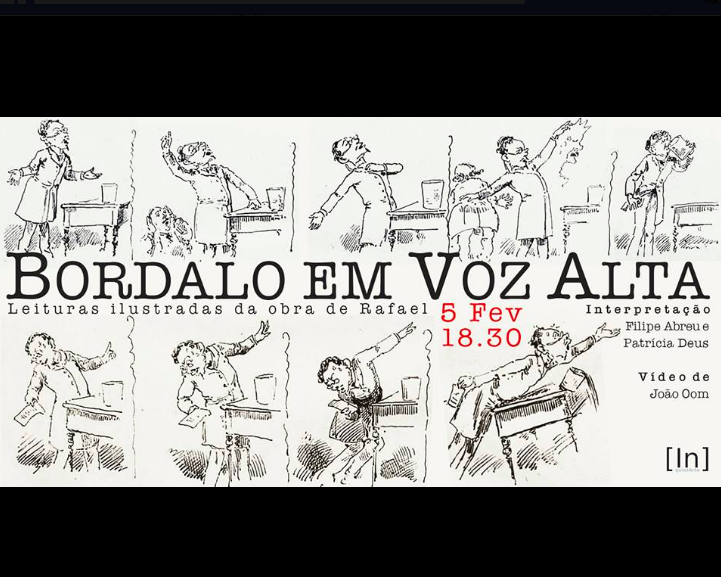 If you’re not new to Lisbon, you’ve probably heard of Bordalo II, and likely seen his impressive animals made out of discarded car parts (and other recyclable trash) around town.
And if you’ve heard of Bordalo II, you’ve likely heard of his granddad, Rafael Bordalo Pinheiro. He, too, was an artist. He probably didn’t recycle as much, but he is considered to be Portugal’s first comic book artist, and a big part of its history. On Tuesday, the Parody Room of the museum that bears his legacy invites you to witness Bordalo em voz alta (“Bordalo Out Loud”).
Here’s what they tell us:
“The actors Filipe Abreu and Patricia Deus read excerpts from writings with which Bordalo accompanied his drawings. The artist’s unique gaze on the world around him and keen humor promise to enthrall listeners and reveal yet another facet of Raphael — his shrewd writing.”

You’ll probably need some Portuguese for this one, but what better way to learn than with pictures, right?